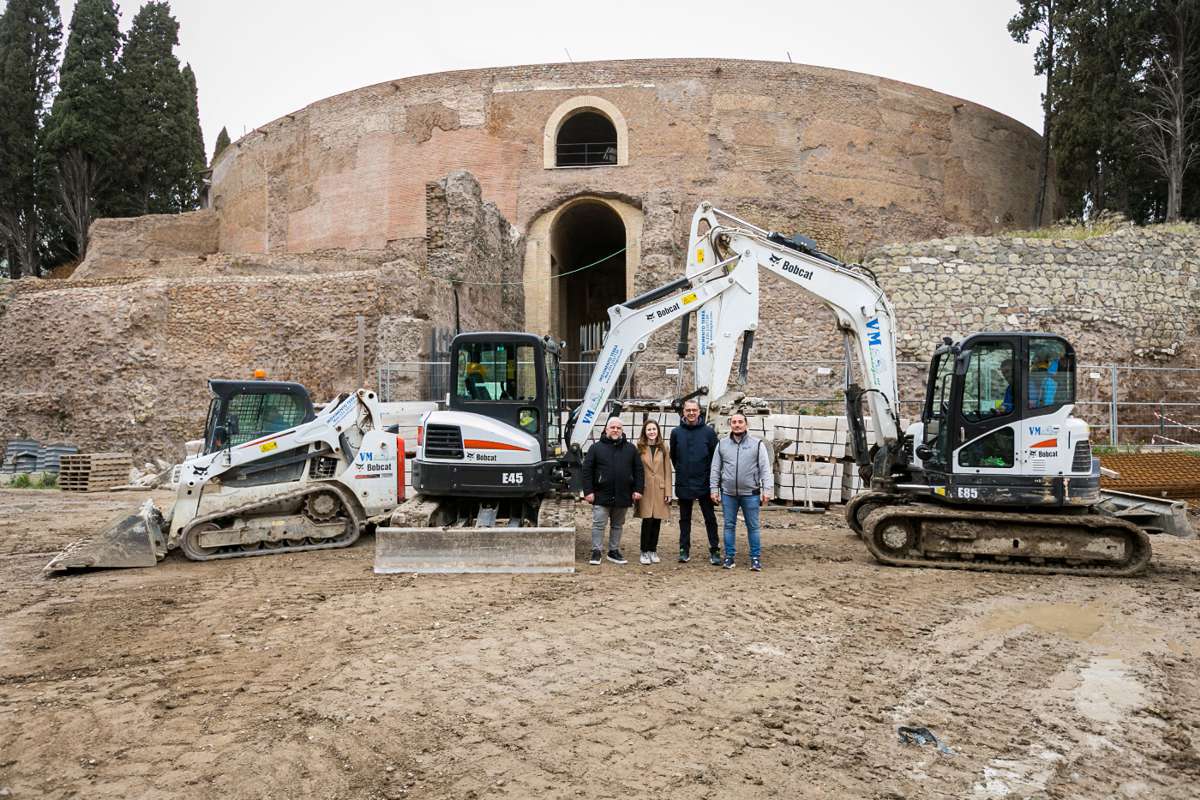 Bobcat goes Archaeological at the Mausoleum of Augustus in Rome

Bobcat goes Archaeological at the Mausoleum of Augustus in Rome

Thanks to their compactness, stability and precise manoeuvrability, Bobcat machines have proved to be the ideal choice for use on an impressive and prestigious archaeological project in the heart of Rome, the capital of Italy.

Rome is a unique city in the world: it has buried under it an immense archaeological museum, the result of over 2800 years of history. Most of the old city still lies hidden under the current one, but it is increasingly visible thanks to excavations that continue to unearth new underground monuments.

The city is in fact dotted with archaeological sites which are created when sections of Rome are redeveloped, leading to the discovery of more important evidence of the ancient Roman civilization. 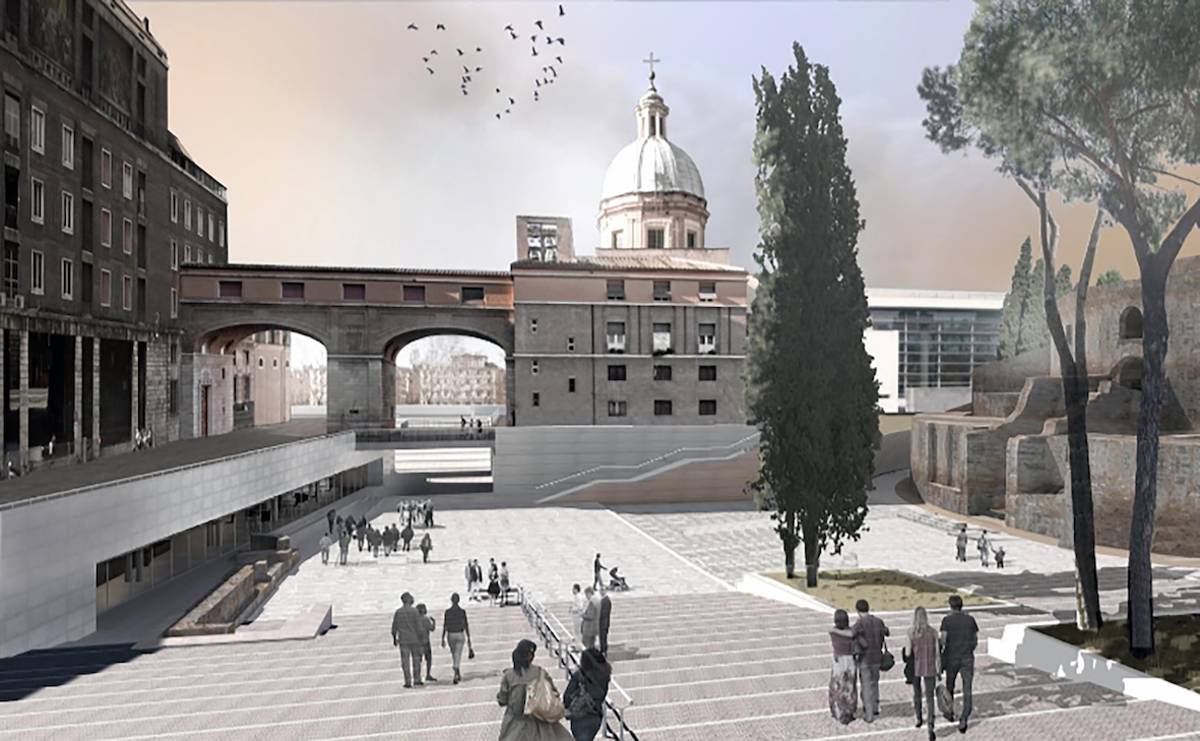 Bobcat Machines on the Largest Archaeological Excavation in Europe

On this archaeological site, the largest in Europe since the Second World War until today, five Bobcat machines have been working without interruption for two years, including a T590 compact track loader and E17, E35, E45 and E85 mini-excavators, used with great safety and certainty of results.

As well as the archaeological dig, the five Bobcat machines are also working on transforming the Piazza Augusto Imperatore, in front of the Mausoleum, into a public space, which will house the ticket office for the Mausoleum and a cafeteria. The square will be connected to street level by two impressive stairways, one on the side of the Ara Pacis museum and the other towards the church of San Carlo al Corso, in effect recreating a amphitheatre, that will stage outdoor performances in the future.

This project will make it possible to bring the city closer to its history with a new area of ​​7000 square metres, 1600 of which is at the same level as the archaeological works, including 350 square metres of original flooring from the first century AD.

Archaeological excavations involve slow and very meticulous work, which involves the use of mini-excavators to be able to work effectively without risking compromising treasures of ancient Rome. Before proceeding with the excavation work, surveys are carried out by the superintendent archaeologists. The first part of the excavation can be done quite quickly. Once a certain depth has been reached, it is necessary to proceed in an extremely precise, skilful and scrupulous way. It is slow and patient work in which each excavator is constantly manned by an archaeologist to examine each stone and each fragment unearthed.

The Bobcat machines were used with toothless buckets, to prevent damaging any finds. In addition, a screening bucket was purchased to sift the earth for possible archaeological treasures. Finally, forks were used to move material onto pallets.

Thanks to their excellent digging performance and breakout forces, the Bobcat excavators, without any aid have dealt with the excavation of 16,000 cubic metres of soil, layer by layer, to a depth of 7 m from road level, proceeding at all times with the utmost of care.

In carrying out the work, Bobcat excavators unearthed various finds among which a pomerial stone stands out, a block of travertine just over 2 m high dating back to 49 AD, which marked the edge of the city and is now exhibited at the Ara Pacis museum. 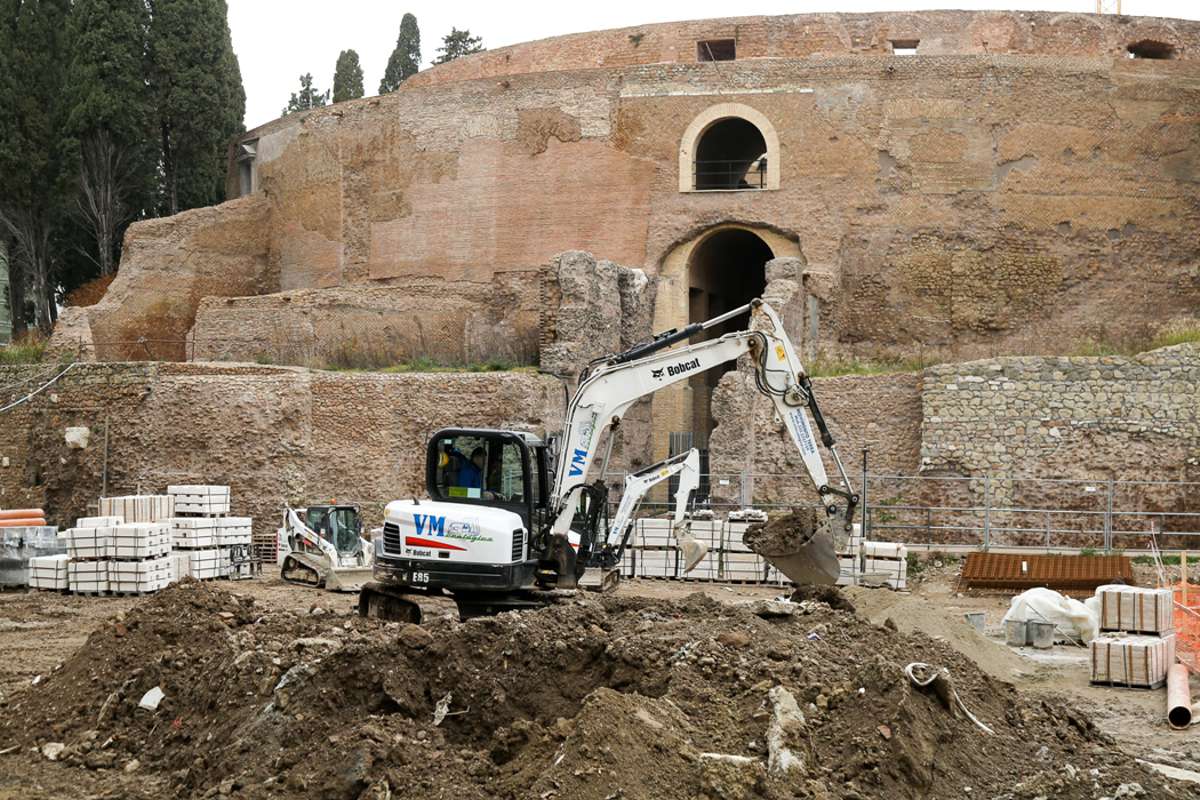 The work was carried out by VM Ecologica, a company based in Rome, that deals with transport for third parties, earthmoving, demolition and collecting construction waste, but specialized above all in archaeological excavations thanks to the great experience of the owner, Marco Vita, who has worked with other important archaeological excavations in the city of Rome. These include various restoration works on the Palatine Hill and at the Gabbi Archaeological Museum on the Via Prenestina, road repair work at Villa dei Quintili, excavations at the Balbi Crypt Museum in the centre of Rome, and excavations to rediscover part of the Via Appia, which passes about 9 m below the current street level in the centre of Rome.

“We are proud to have been involved in another important archaeological dig in Rome, commissioned by Pasqualucci Costruzioni company,” says Marco Vita, owner of VM Ecologica. “Once again, Bobcat equipment has lived up to our expectations, especially in terms of efficiency and reliability. They are undoubtedly excellent machines. I have always bought Bobcat, and I have no intention of relying on other machines in the future. The competition’s machines give good performance, but I have complete confidence in Bobcat. My next purchase will be the E10e electric mini-excavator for a very special site in Rome.”

Angelo Petti, VM Ecologica manager for site logistics management, comments: “Bobcat equipment has always been at our side on all our jobsites, demonstrating great digging power, excellent stability and precise, smooth control of work functions. In addition, spare parts are always readily available and their replacement is carefully and quickly carried out. We have never had any problems with the people on the construction sites who control both the bureaucratic and mechanical regulation of the machines.”

Marco Vita continues: “For the purchase of Bobcat equipment, we have always turned to MCI Lazio under Raffaele Proietti, who has always guaranteed us a high level of service and a prompt response to all our needs.” 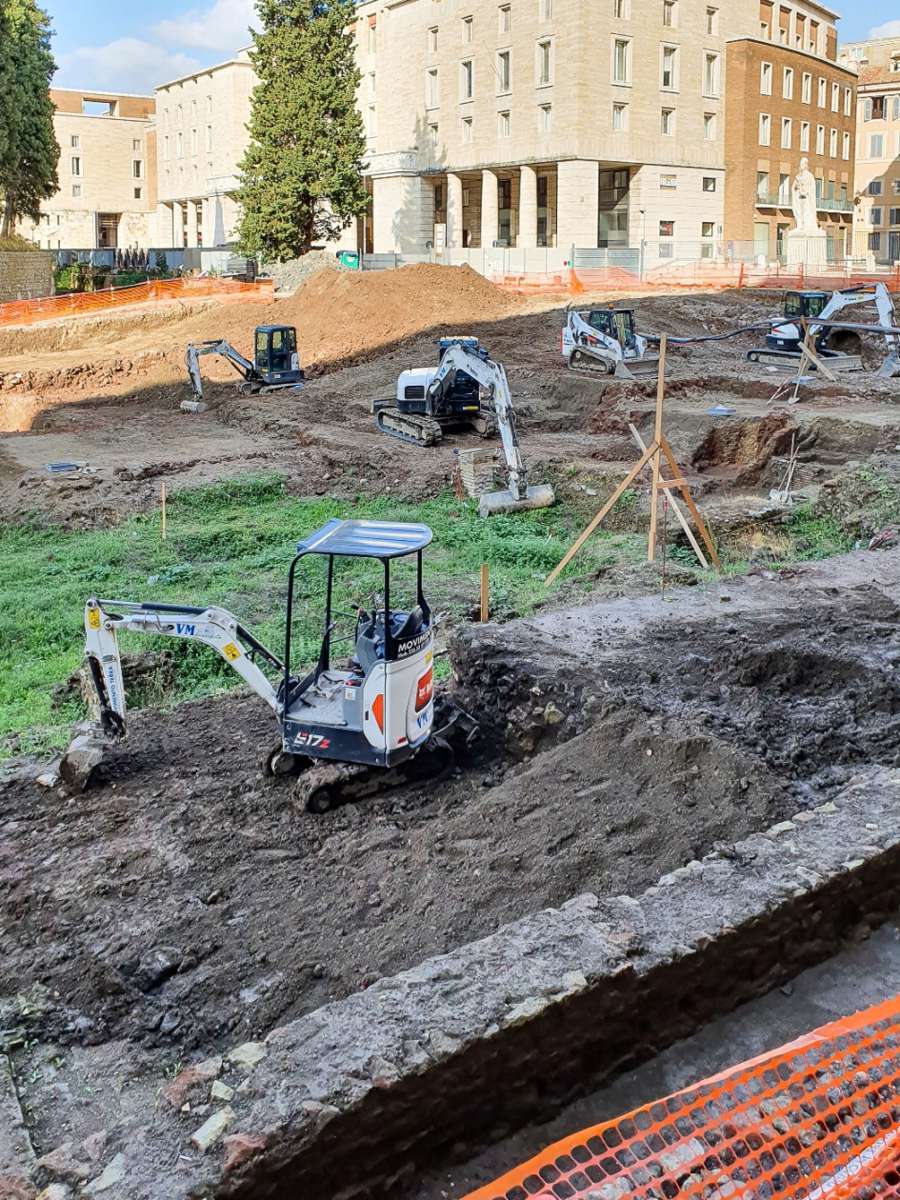 MCI Lazio is a division of Idio Ridolfi&Figli Srl, Bobcat’s exclusive distributor for Abruzzo, Molise, Umbria, Lazio and Marche. For more than sixty years, it has been the reference point in central Italy for the sale, hire, servicing and spare parts of construction machinery and equipment. Idio Ridolfi&Figli Srl has offices in Avezzano (AQ), Santa Teresa di Spoltore (PE), Perugia and Monterotondo Scalo (RM). Idio Ridolfi&Figli Srl uses authorised workshops and vans equipped with a mobile workshop, guaranteeing a fast and economical response to any maintenance and repair problem, even on site.

Raffaele Proietti, manager of the MC Lazio branch in Monterontondo, says: “The relationship with VM Ecologica has been consolidated for many years. It’s a real relationship of trust that has been strengthened site after site. In addition to sales, there is a great deal of attention to advice on the most suitable machine for each type of work, sales assistance before and after the purchase and unfailing technical assistance that is always ready and punctual, even on site. This has allowed us to create a lasting partnership based on mutual esteem and trust.”