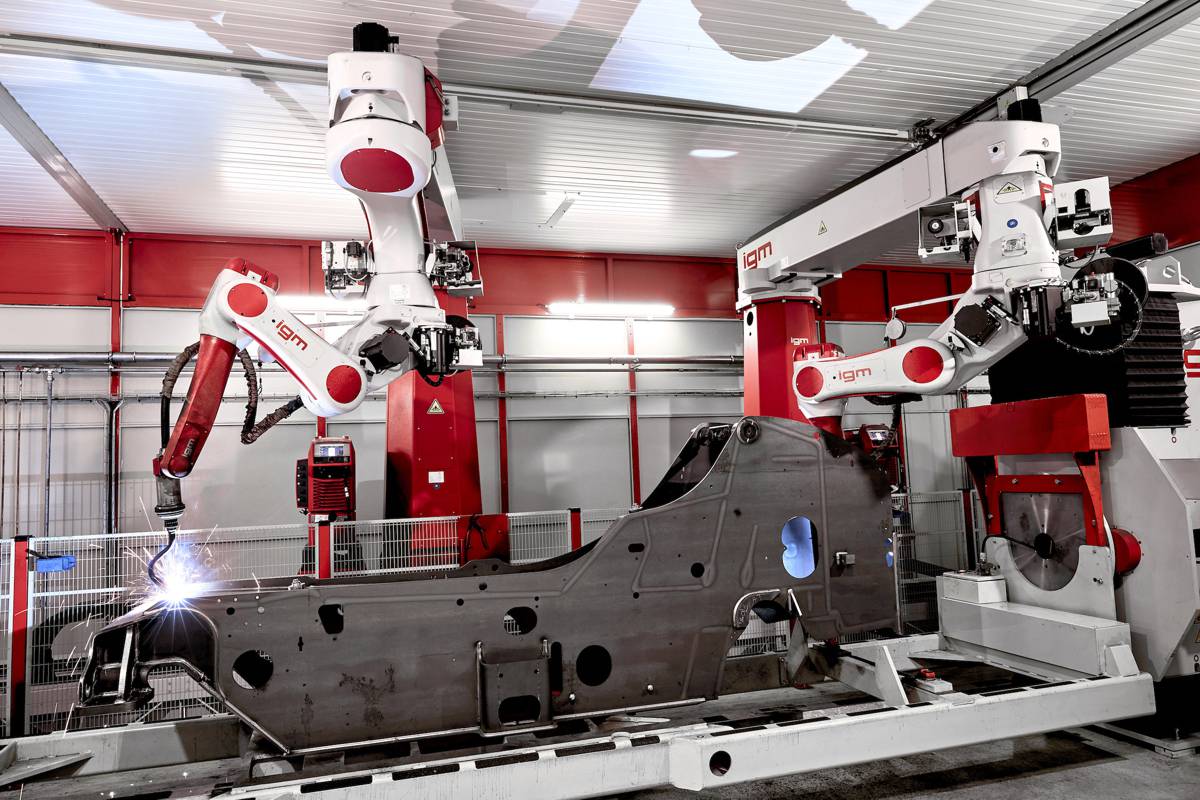 Telehandlers have been part of the DNA of the Pontchateau site in Loire-Atlantique in France for more than half a century. Before the year 2000, the factory used to manufacture the Sambron range of products, but after a succession of changes in ownership, it is Bobcat telehandlers that now come off the production line.

All Bobcat rigid telehandlers for the world market are manufactured here, including 29 models split between ranges for the construction and agricultural markets. The factory was originally built on an 82,000 m2 plot of land and was extended in 2019 to meet higher demand. 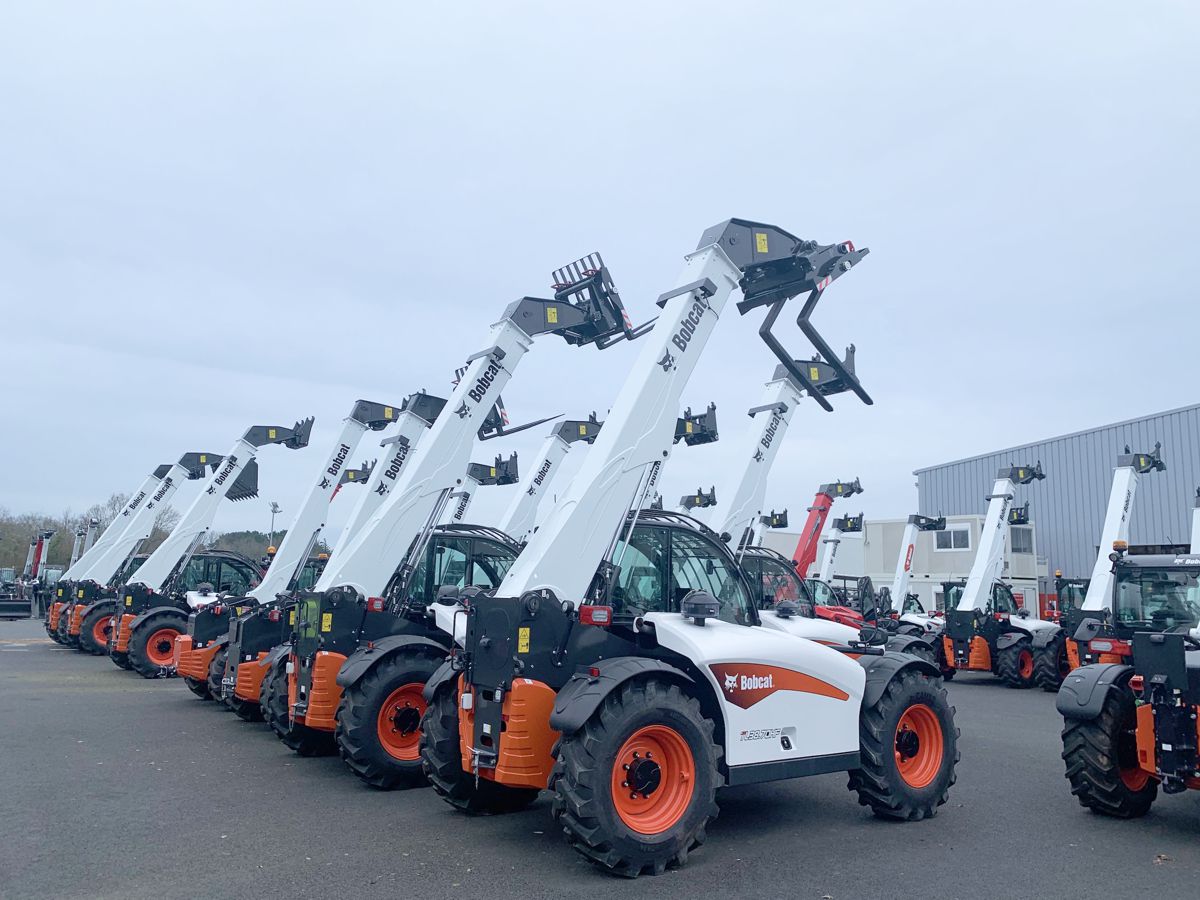 Completed in 2019, with the addition of 13,000 m2 of extra space and a new 1500 m2 plus logistics building, these developments have made it possible to meet the effects of substantial growth in the brand’s activity (+75% between 2017 and 2022). This was also accompanied by a reorganization of the manufacturing process.

For the telehandlers, the journey always starts in the design office. This office has a team of 40 employees operating from Pontchateau, together with another team based in the Czech Republic, at the Doosan Bobcat European headquarters.

On the production line, the machines start to take shape during the mechanical welding operations, which are strategically organized in two lines: one for the boom, and the other for the frame. After the steel parts have been laser cut, they are bent into the right shape – for example, to form the two half-sections of the boom in U form, after which the next step is welding. 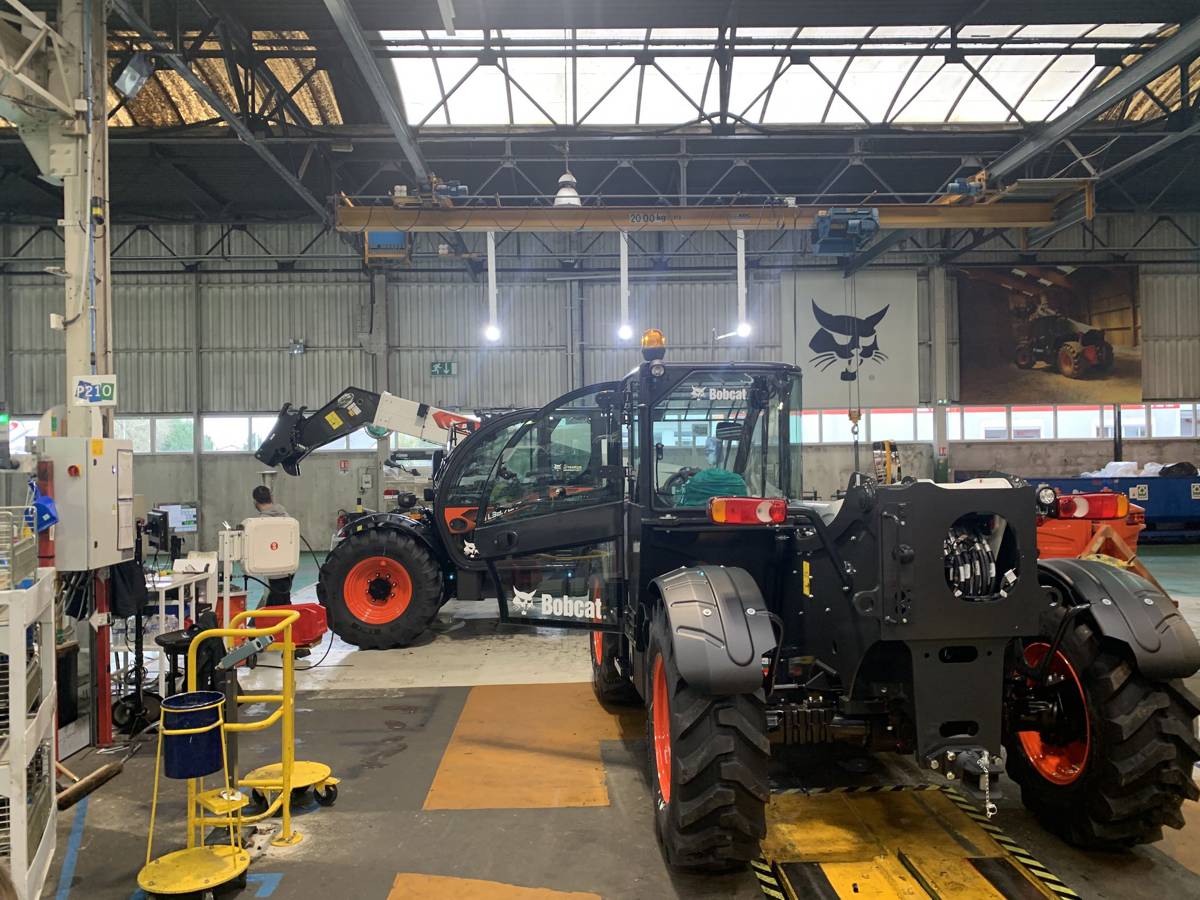 “To optimize production, we have equipped ourselves with two larger robots, each of which welds all the frames, saving 30% in time. The last robot, representing an investment of 850,000 Euros, arrived last September,” Jerome Miermont explains.

The various parts of the telehandlers are then sent to the blast chamber for shot blasting, before being painted. The staff carry out a detailed technical procedure (priming, fading time, lacquer application and oven drying) to ensure a high-quality finish. 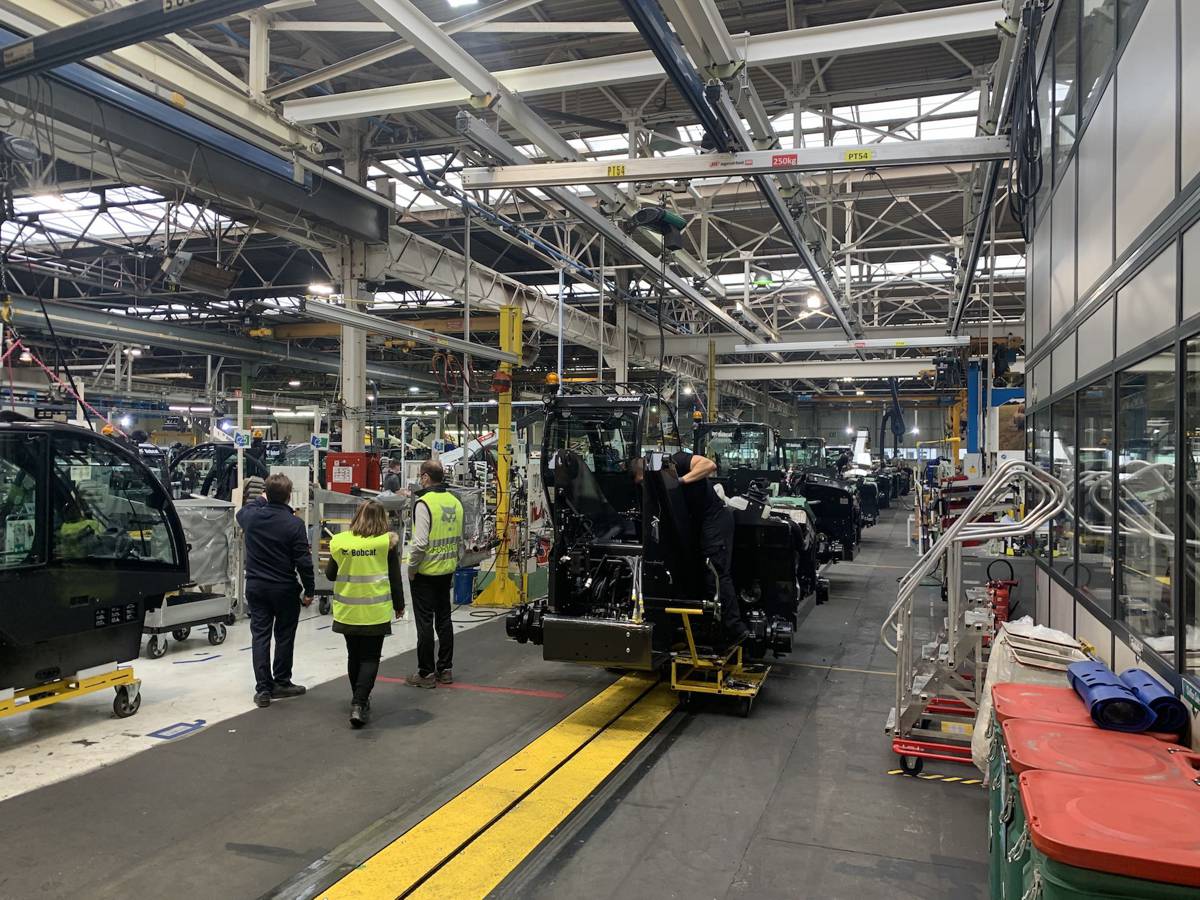 Up to 17 Machines Per Day

The assembly line is organized around 58 stations. To save time and space, a team in the kitting workshop has prepared the necessary components for each station in advance. On the sub-assembly line, various machine components (the engine nacelle, the cab etc.) are assembled to gradually build the machine on the main line, which alone comprises 17 different stations.

Even before the tyres are fitted, the carriage is filled with oil and programmed. This is followed by the fitting of the mudguards, a performance test and the installation of the tyres. The final assembly station is reserved for the installation of the hood and the stickers, then the machine goes through a test phase (static and dynamic) for four hours.

Up to 17 machines can be assembled daily. “Last year we produced 2658 machines. This is a record number, well above the planned target of 2455 units,” Jerome Miermont adds. But with an estimated annual production capacity of 3500 machines in 2022, there is still space for growth. The Pontchateau plant intends to double its activity by 2025.

0 0 0
Previous : Xbloc Wave Protection System to be showcased at the Flood and Coast Show
Next : Svenska Maskinmässan in Sweden featured Liebherr’s exciting range