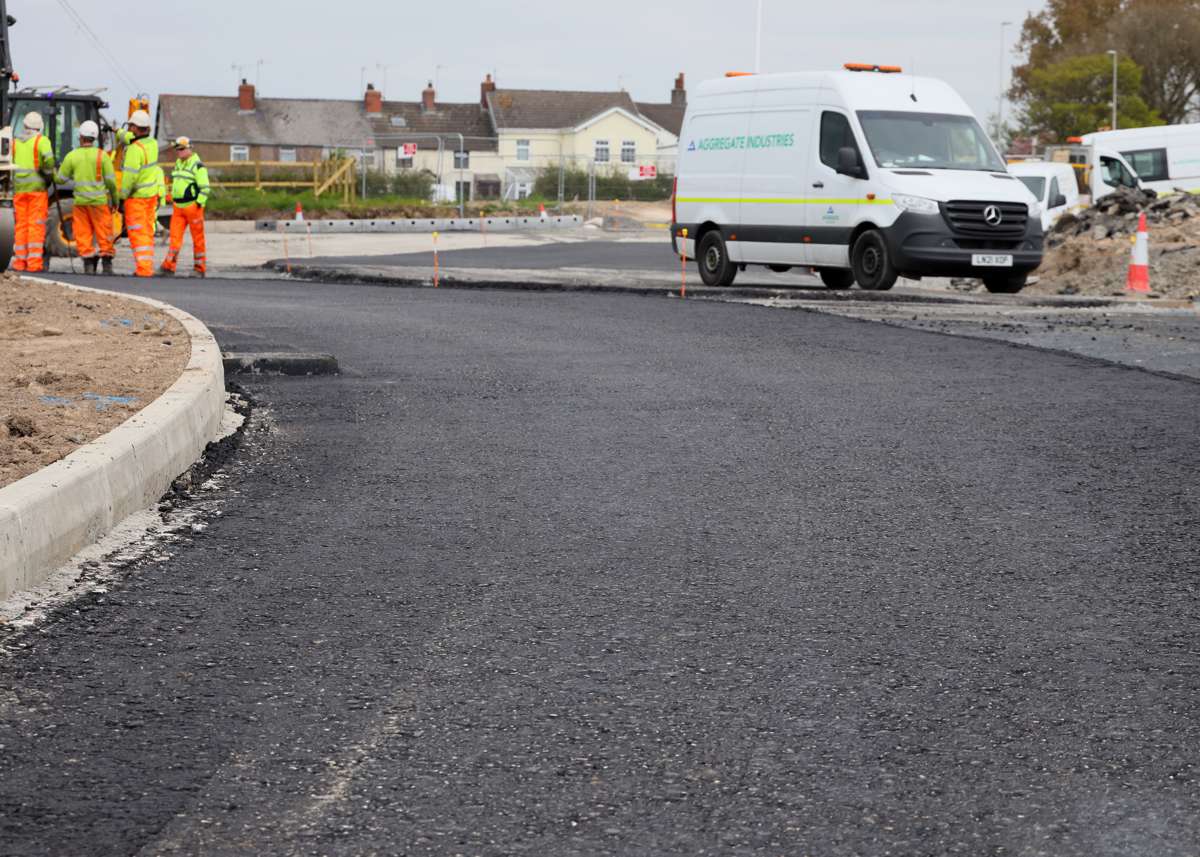 The UK’s first commercially available biogenic asphalt has been contracted on a National Highways scheme in Ulverston, Cumbria, as the national road network body seeks to reduce carbon on its projects.

To date more than 1,170 tonnes of Aggregate Industries’ SuperLow-Carbon asphalt has already been used in the base and binder elements of the A590 project, which includes the construction of a new roundabout, as well as brand new link roads, to connect into the existing local road network.

Ensuring its road scheme demonstrates sustainable credentials to support National Highways’ plan to achieve net zero by 2030, SuperLow-Carbon was selected for both its innovative carbon-saving technology, as well as its speed of construction – a vital aspect to ensure minimal disruption to local traffic.

SuperLow uses Shell’s Low Carbon Bitumen in a unique formula that utilises improved production processes and alternative energy sources to lower its embodied carbon footprint. It includes a biogenic material that effectively locks CO2 within the asphalt rather than releasing it back into the atmosphere.

The low-carbon product is a warm-mix asphalt, which means it requires lower energy to produce than its hot-mix equivalent without compromising on performance, whilst also reducing nuisance fuming, odour and steam providing better working conditions for operatives.

Neil Leake, National Technical Manager at Aggregate Industries, said: “We were delighted that National Highways selected SuperLow-Carbon for its A590 Cross-A-Moor project – marking the first installation of this product since it launched earlier this year.

“National Highways has a clear agenda to reduce carbon on all its schemes, and Aggregate Industries consistently provides new low-carbon solutions, enabling us to reduce carbon for our clients and the industry. SuperLow really is the next generation of asphalt and sustainable paving products, and we can’t wait to see it contracted on many more projects in the future.”

Stephan Mason at National Highways adds: “Having worked with Aggregate Industries on several projects in the past, we know they are always able to deliver on innovative, sustainable products and unrivalled customer service. This project in Ulverston is in a stunning, green part of the country, and thus a low-carbon asphalt solution was obvious for the scheme.

“SuperLow-Carbon demonstrates great innovation, with a low-carbon binder successfully delivering a CO2 reduction in the base elements of the scheme. We look forward to working with Aggregate Industries again in the future, as they continue to lead the way in sustainable applications and supporting National Highways as it accelerates towards its net zero target.”