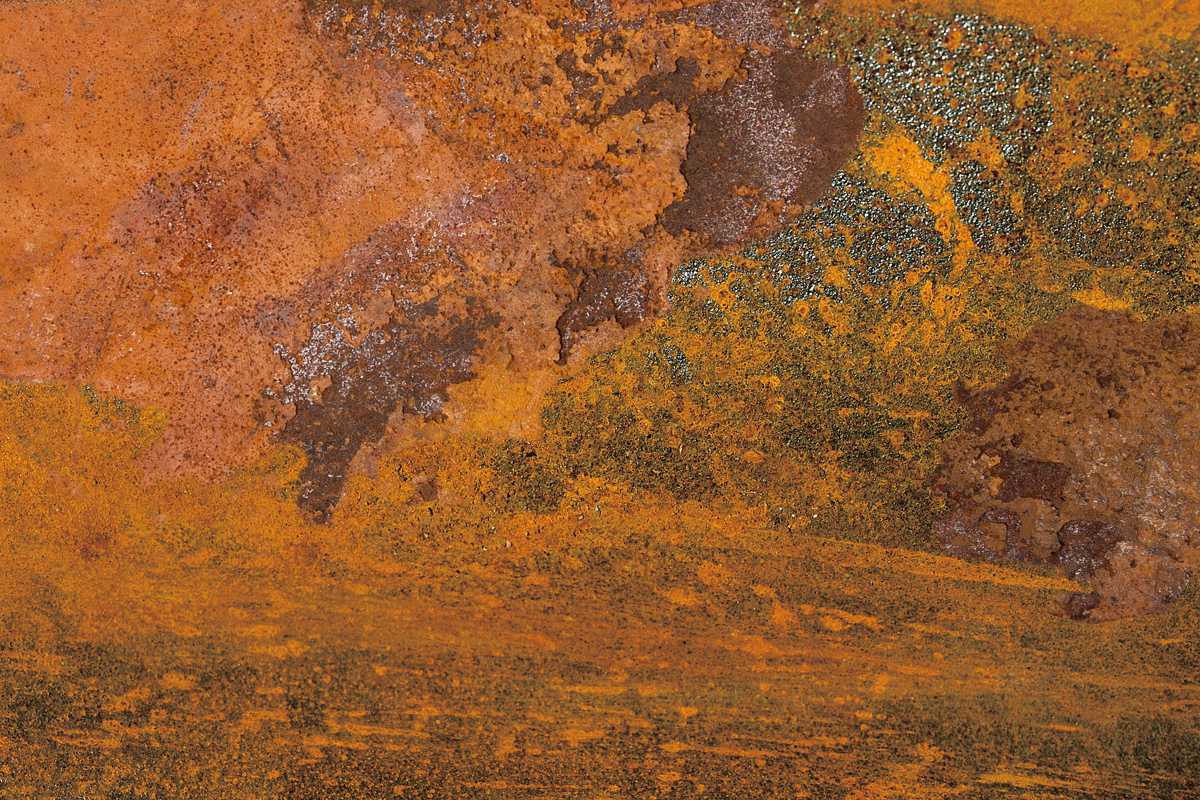 Steel is one of the strongest materials found on earth and is widely used for construction. But on its own, the durability of steel is poor. Galvanizing steel increases its corrosion resistance, making it more sustainable. Recently, a group of scientists from Korea proposed a novel method of multilayer coating to increase the longevity of steel.

The strength of steel makes it one of the most robust materials known to man. When galvanized with zinc (Zn), it becomes more resistant to corrosion. This makes it an economical choice to use in construction and infrastructure.

In the last decade, Zn reserves have fallen appreciably, forcing us to switch to using Zn alloys. Magnesium (Mg) is the most commonly used alloy mineral, and when used in small amounts it can improve the corrosive resistance of Zn. 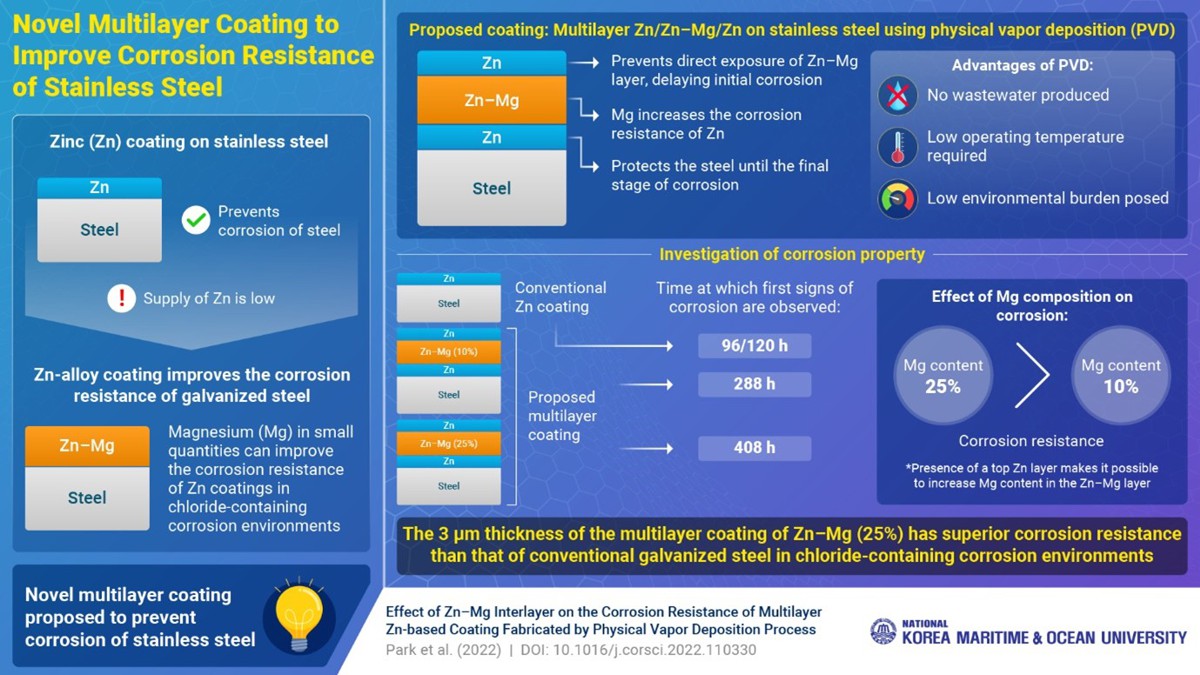 Now, Professor Myeong-Hoon Lee, Head of the Center of Surface Corrosion Control Engineering at Korea Maritime and Ocean University, and his colleagues have proposed a novel coating for steel that promises to increase its longevity. “During my time in the navy, I noticed a lot of machines that were rusting. So, I engaged in this research, hoping to produce better anti-corrosive steel,” says Prof. Lee, explaining his motivation behind the study.

“To survive in harsh environments, high anti-corrosive materials need to be developed. Steel is one such material and increasing its life span makes the steel more sustainable,” Prof. Lee explains. Their study, published in Corrosion Science, was made available online on April 25, 2022, and subsequently published in Volume 202 of the journal on July 1, 2022.

The proposed multilayer coating comprises three layers fabricated using physical vapor deposition (PVD). A Zn–Mg layer is sandwiched between two Zn layers. The top Zn layer protects the Zn–Mg layer from being in contact with the corrosive environment. The last line of defence for the steel is the bottom Zn layer.

Two samples were prepared to test the corrosion resistance of this modified steel—one containing 10% Mg and the other 25% Mg. The team found that the signs of rust appeared at 208 hours and 408 hours for the 10% and 25% compositions, respectively, when compared with 96/120 hours for conventional Zn coatings.

Next, they compared the corrosion resistance of the two compositions. They found that the 25% composition has a higher resistance to rust than the 10% one. This was contrary to previous reports suggesting Mg content higher than 8% lowers the corrosion resistance of steel. The scientists attributed this contradictory finding to the presence of the top Zn layer, which made it possible to increase the Mg content in the Zn–Mg layer.

“The multilayer coating on steel makes it highly stable, economical, and durable, making it an ideal choice for use in harsh environments,” concludes Prof. Lee.

These findings may certainly have far-reaching applications in infrastructure and construction where long-lasting steel is an essential requirement.