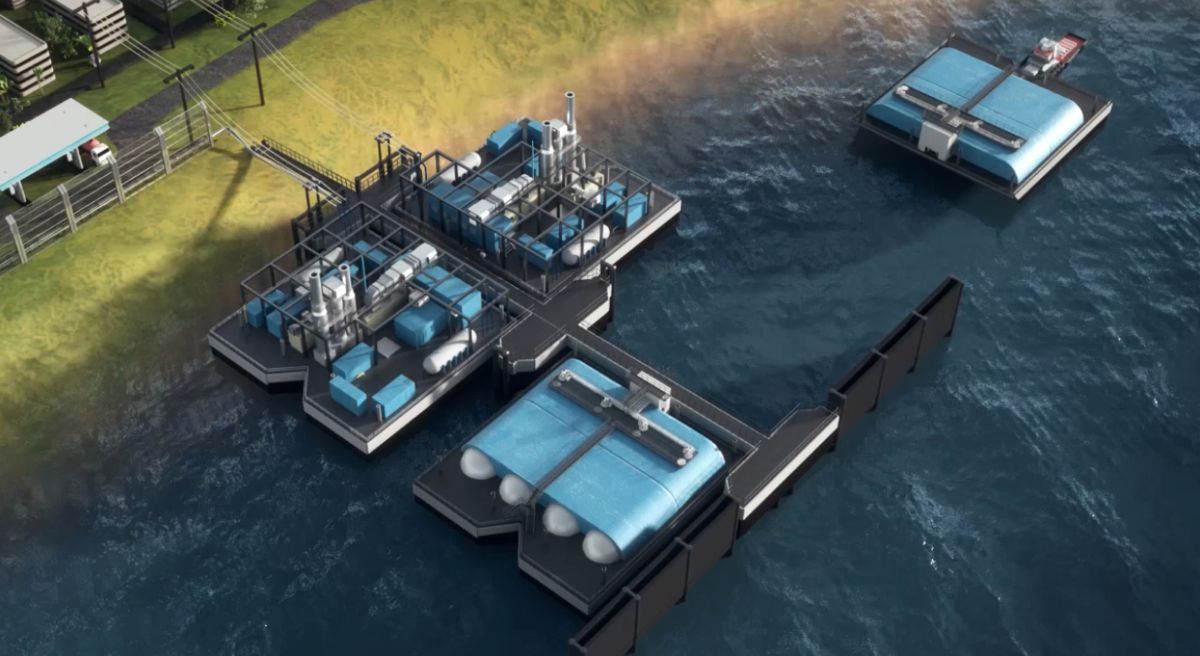 Twenty20 Energy, which delivers innovative energy solutions that accelerate the transition to a cleaner energy future, today announced that its proprietary Power Island Floating Storage Regasification & Power solution will be rolled out in 12 locations across Papua New Guinea on behalf of PAWA PNG. The solution features an innovative design that will serve as a model for future nearshore power generation plants in coastal regions worldwide.

The power island project will deliver a solution designed and tailored specifically to PNG’s energy requirements. The project represents what Twenty20 Energy and Papua New Guinea officials called the most efficient and cost-effective solution to harness the country’s domestic LNG supply for powering the country, and supporting the goal of 70 percent electrification by 2030. It is estimated that only 13 percent of Papua New Guinea’s population have access to power, predominantly in the major cities, with electricity in remote locations typically provided by high-polluting, costly, stand-alone diesel generators.

The 12 power islands will be located just offshore outside 12 cities, with three of the more strategic locations – Daru, Lae and Lihir – to also host LNG bulk storage facilities. The nine other locations are Manus Island, Buka Town, Kimbe, Alotau, Madang, Rabaul, Wewak, Kiunga and Kikori. Small-scale efficiency sets apart Twenty20’s FSRP; two specific unit sizes with differing outputs – ranging from 8.6 MW to 21.9 MW – will be used in each location. Each power island can be modified according to its growth, so as a location grows, a larger unit can be brought in and the smaller unit would be moved to a new location.

Twenty20 Energy commenced design of the Power Island Floating Storage Regasification & Power project in 2018, and have since conducted both a full engineering and commercial study, as well as an independent engineering assessment to confirm the design’s validity. Twenty20’s intellectual property includes its plant and auxiliary configuration, combining power generation, fuel storage and bunkering, and transportation. The design requires minimal land use and is ultimately mobile to accommodate near-term and future expansion needs. In the future, the Power Island FSRP solution can be converted from LNG to hydrogen fuel, which is completely renewable and delivers power generation with zero carbon emissions.

“Our Power Island Floating Storage Regasification & Power project design leverages the abundance of domestically produced LNG in Papua New Guinea, delivering a cost-effective, environmentally friendly solution to power generation for coastal communities,” said Geoff Lawrence, CEO of Twenty20 Energy. “The adoption of the technology in Papua New Guinea demonstrates that the Power Island Floating Storage Regasification & Power project should be an attractive solution to similar coastal and island communities across the Asia-Pacific region and around the world.”

The Power Island approach meets the needs of developing countries, which face increased demands for energy to support urbanization and industrialization. The solution also balances the need for affordable, scalable power generation with a desire for reduced environmental impact and greater sustainability. Twenty20 Energy anticipates that in many instances, its Power Island solution, which uses LNG, will replace high-polluting fossil fuels such as coal and diesel, while delivering reliable, cost-effective power where it is needed most.