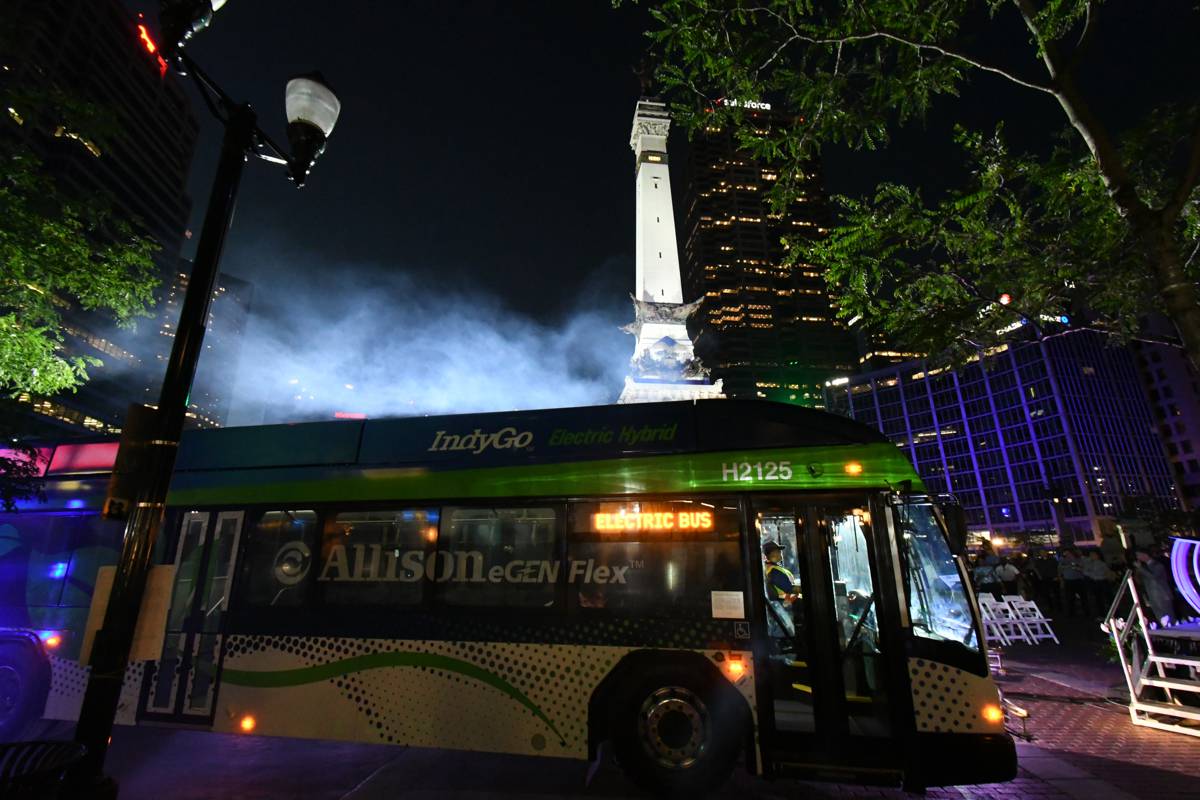 Allison Transmission is pleased to announce the continued success of the next generation eGen Flex™ electric hybrid propulsion system, with several public transit agencies in the Midwest selecting the Allison eGen Flex for their buses.

The Metropolitan Evansville Transit System, which provides public transportation services for Evansville, Indiana, will integrate GILLIG buses equipped with the eGen Flex into its fleet. In addition, GO Transit, based in Oshkosh, Wisconsin and the Muncie Indiana Transit System have selected eGen Flex-equipped New Flyer buses for their fleets.

“Allison is proud to partner with public transit agencies across the Midwest to support their efforts to reduce carbon footprints and dependence on fossil fuels in order to protect the environment and enhance quality of life for their passengers,” said David Graziosi, Chairman and CEO, Allison Transmission. “As fleets move to electric hybrid and full EV technology to support sustainability goals, Allison is pleased to be a partner of choice due to our ability to deliver innovative technology specifically designed to meet the needs of the transit industry.”

In addition to this recent growth across the Midwest, Allison announced in June the delivery of the first buses equipped with the eGen Flex electric hybrid propulsion system to IndyGo, the Indianapolis Public Transportation Corporation.

In-use testing of eGen Flex at one of the largest transit agencies in North America in 2022 confirmed the engine was off over 50% of the time the bus was in operation. As a result, the eGen Flex equipped bus operated in full EV mode for over half of its day.

Allison’s eGen Flex system is capable of operating in electric-only mode for up to 10 consecutive miles or 50 minutes, multiple times per route and per day. The system’s geofencing technology eliminates engine emissions and noise while loading and unloading passengers in dense pedestrian areas and in zero-emission zones and bus depots.

Allison’s eGen Flex system is the next generation of Allison’s proven H 40 EPTM electric hybrid propulsion system, which has been operating in transit buses since 2003. Allison electric hybrid systems have accumulated more than 3 billion miles of operation, saved more than 380 million gallons of diesel fuel from being consumed and reduced CO2 emissions by over 3.8 metric tons.

0 0 0
Previous : Porsche takes the digital path to the perfect mix of new chassis functions
Next : Yotta transforms digital services for Blackburn with Darwen Council with Alloy