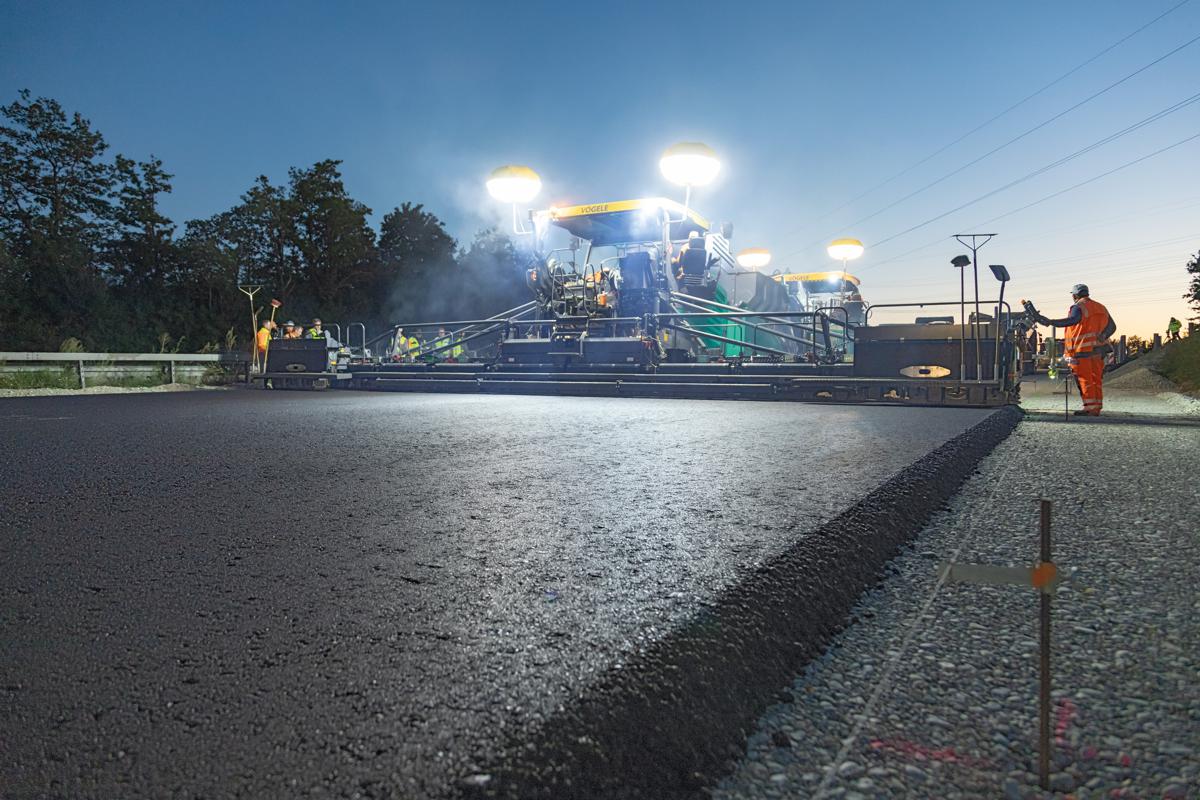 The VÖGELE product portfolio of road pavers enables users to cover practically any application in asphalt paving. The range of screeds is correspondingly broad, covering twelve models in up to five different compaction variants.

They manage pave widths between 0.5 m and 18 m and layer thicknesses from a few centimetres to half a metre: screeds are a core competence for VÖGELE. Whether the project is paving a footpath or cycle path, rehabilitating a public street or completing a motorway, when high-speed working and precision are key, VÖGELE pavers and screeds enable paving crews to master a wide variety of requirements.

Where flexibility is a priority and projects feature frequent significant changes in pave width, pavers are equipped with particularly variable extending screeds (AB). Asphalt experts rate fixed-width screeds (SB) for their high degree of rigidity and pave width, above all in the construction of major roads. With its VF and VR screeds, the road paver specialist also addresses regional market requirements for specific screeds – for the North American market in particular.

What all screeds have in common is the proven electric screed heating system. It gets all parts in contact with the mix, such as the screed plate and the compacting systems, up to temperature quickly and evenly. VÖGELE also places great importance on simple, intuitive operation.

VÖGELE extending screeds are particularly adaptable, enabling them to manage varying widths and winding roads. They cover a huge range of pave widths ranging from 0.5 m (with cut-off shoes) to 9.5 m (with bolt-on extensions).

The operating principle of all extending screeds is the single-tube telescoping system. Even at maximum extension, the three-part, generously-proportioned telescopic tube is still clamped along half its width, providing optimum stabilisation.

Fixed-width screeds deliver high-quality, even results, as they are characterised by a high degree of rigidity which allows them to pave surface courses up to 18 m wide without joints.

Hydraulic bolt-on extensions also give users of fixed-width screeds room for manoeuvre to vary pave width by up to 1.25 m on each side.

This is how the specialist satisfies its customers’ individual requirements. So it is that some of the screeds for the SUPER pavers of the Mini and Compact classes and the VF and VR screeds for North America are equipped only with vibrators, whilst other markets use mainly the TV variant, i.e. a screed with vibrators and tamper.

The tamper actively tamps the mix under the screed plate, therefore ensuring that the layer of asphalt is precompacted to a significant degree. A correctly-set tamper is of key importance for the compaction result and for the floating behaviour of screeds.

As it is a complex process to adjust the tamper stroke mechanically, it is often not adjusted at all, which is why VÖGELE developed the hydraulic tamper stroke adjustment system.

Pressure bars for a compaction performance of up to 98%

Pressure bars driven by pulsed-flow hydraulics are the core of High Compaction Technology. This is the technology which enables screeds of the TP1, TP2 and TP2 Plus variants to achieve the greatest possible compaction performance.

The highest-performing screeds are the AB 500 TP2 Plus and the AB 600 TP2 Plus. These are used mainly on the InLine Pave train. During the rehabilitation process, the binder course and the surface course are paved one immediately after the other. In this case, the high compaction screeds compact the binder course at values of up to 98% – without rolling.

0 0 0
Previous : Çanakkale Bridge in Turkey made safer with Teledyne FLIR camera technology
Next : CEMCO celebrates its 60th Anniversary in the Mining and Aggregate industry