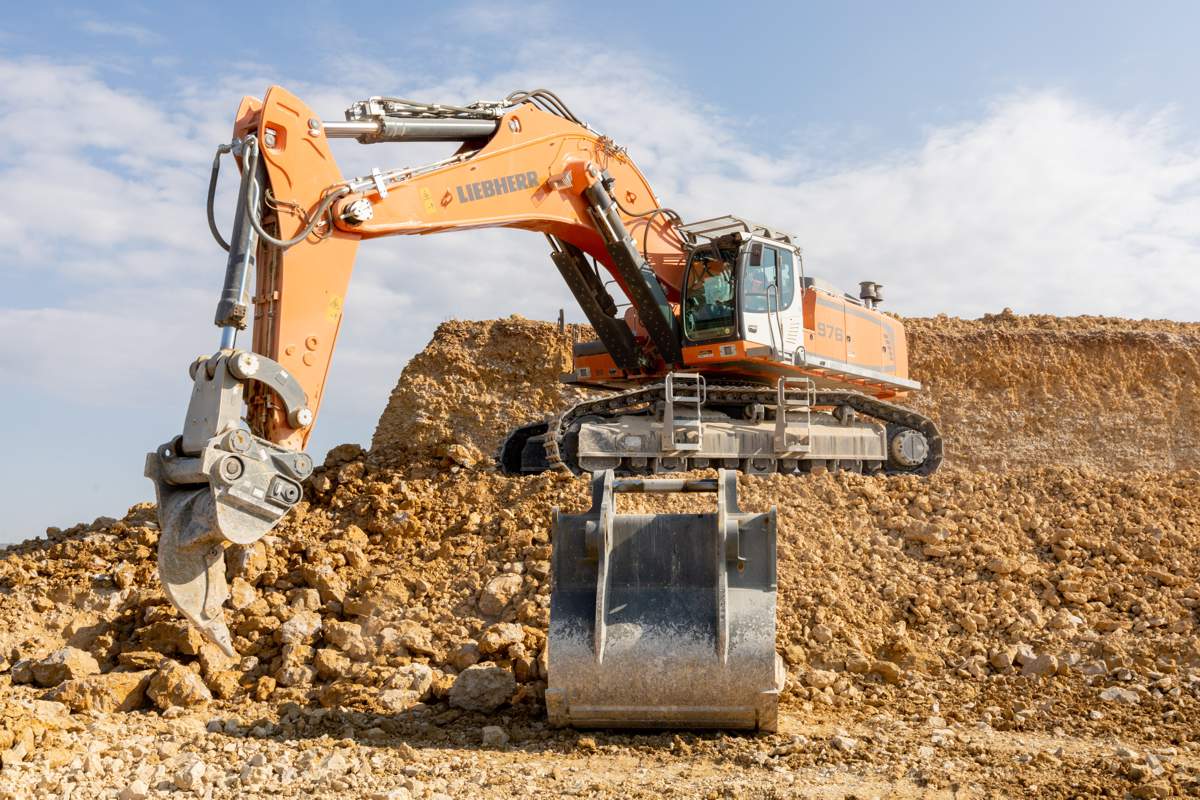 Liebherr 50-tonne Crawler Excavators establishing themselves in the French market

Liebherr 50-tonne Crawler Excavators establishing themselves in the French market

A Liebherr R 956 crawler excavator of Vitse is currently being used for the demanding demolition of buildings in the commune of Laon, in Northern France. The group’s long-standing French customer bought the machine from the local dealer Toufflin mtp in the Hauts-de-France region, also in northern France.

The R 956 is equipped with an 8-metre straight gooseneck boom and Antoine Vitse, the managing director of the company, is particularly impressed. He places great emphasis on the versatility of the excavator as well as the optimal safety conditions for the operator both at the construction site as well as in the direct working environment.

The quality of the excavator and its components constitute a special feature, which is why the company has relied on Liebherr for three generations. By using a hydraulic hammer or sorting grapple, the excavator can be easily adapted for any application.

The excavator is prepared for numerous demolition work attachments at the factory and furthermore has GPS control to carry out earthworks with maximum precision. Compared to the previous generation R 954 C excavator, the operator can see a significant saving in fuel consumption: It is only 30 litres per hour. The machine operator benefits from very high performance and digging force as well as large lifting capacity, coupled with optimal comfort thanks to the suspension seat and excellent sound insulation of the operator’s cab.

For Antoine Vitse, the good reputation of Liebherr is also one of the most important criteria when making a purchase decision. According to the managing director, Liebherr ensures a good price-performance ratio and Toufflin MTP, the local dealer, provides efficient and responsive customer service.

Quick cycle times for the loading of dump trucks

Also, in the Hauts-de-France region, a little further north in Haut-Lieu, a Liebherr R 960 SME excavator is being used to remove rock at the Bocahut quarry, the largest limestone quarry in the Eiffage Group. This excavator replaces the identical R 960 SME model of the previous generation with a stage IIIB drive. The company was so pleased with this excavator that it decided to go for the same model again, this time in the new version with numerous advancements.

Laurent Lobry, production manager of the quarry, underlines the versatility of this Liebherr excavator, which makes it possible to load dump trucks, carry out preparatory work and remove stones, as well as prepare the site for various works, lay out lanes and embankments.

To achieve an annual production of 3,000,000 tonnes of stone, the excavator offers very quick work cycles. With the power capacity of the hydraulic system, the excavator achieves significant increases in performance.

The various engine speed settings and the electronic control of the machine make it possible to significantly reduce fuel consumption compared to the previous generation of excavator. This consumption is an important criterion and is strictly monitored by the person responsible.

Some elements such as the underside protection of the dipper arm or the protective guard of the operator’s cab make this machine the ideal tool for working safely. Laurent Lobry places great importance on the manufacture of the excavator in France as a guarantee of quality. The comfort of his operator in the operator’s cab is also important to him, so that they can operate the excavator all day long without discomfort with the help of ergonomic controls, a suspension seat and an intuitive touchscreen.

A Liebherr excavator adapted to the requirements of the customer

In the Aube department, in the Grand Est region, the quarry company Carrières Champenoises in Jully-sur-Sarce has decided on an R 976 excavator. This massive excavator with an operating weight of 97 t is the ideal excavator for removing the rock in this limestone quarry. As the company was extremely satisfied with the predecessor, R 976 Stage IV, Anne-Blandine Bourgoin, head of the quarry, once again puts her trust in Liebherr and chooses the successor model with the same designation as the new excavator.

The Liebherr-France SAS production plant has developed three special tools that can be attached to the Liebherr SW 92 quick change unit: a narrow removal bucket, a scaling tooth with a short radius “made-to-measure” and a pick-up bucket. The definition and final design of the tools was carried out in close cooperation between the planning office of Liebherr-France SAS and the experienced users on site – the excavator operators. For the manager, considering the individual customer wishes in order to understand the requirements and adapt the machine accordingly is an important plus point.

The hydraulic power combined with the electronic control of the machine make this excavator a suitable and powerful tool that offers high precision and flexibility in movements thanks to the electric joysticks and is very popular on the quarrying front where most of the quarrying is done directly and without blasting.

The high load-bearing capacity and digging power complete the performance of the excavator. Optimal comfort for the operator thanks to the sound insulation in the operator’s platform, increased safety thanks to LED lighting and the perfect view are also worth mentioning.

Anne-Blandine Bourgoin appreciates the new generation of stage V drive which emits less CO2 because the quarry is subject to environmental regulations and controls its emissions. Fuel consumption is lower than that of the previous model. In quarry operations, this is an important factor.