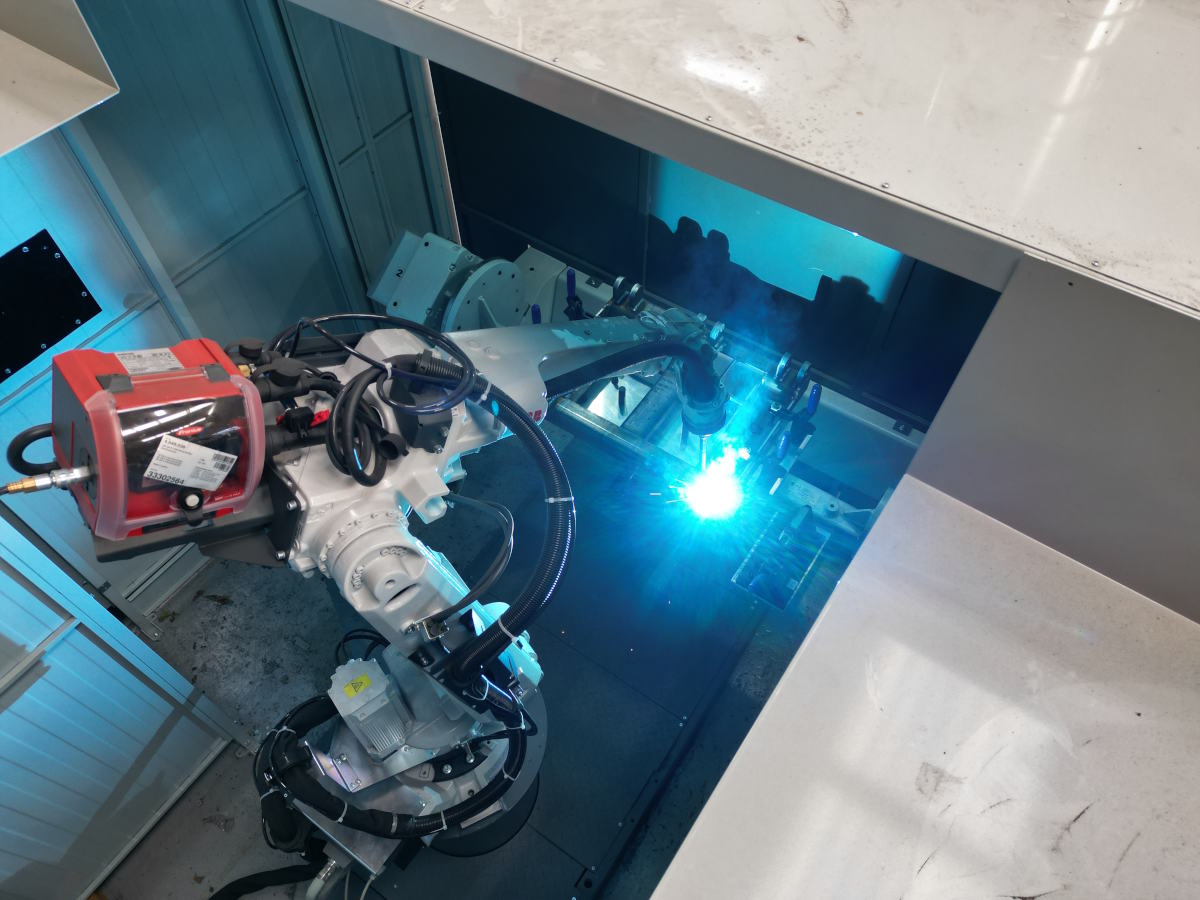 Econ Engineering has invested £250,000 in a new state-of-the-art robot laser MIG welder for its Ripon manufacturing base.

The company, which makes more than eight out of ten winter maintenance vehicles on the UK’s roads, is using the innovative machine to turn out cut and welded ‘din plates’, the mounting used to attach plough blades to the front of gritters.

Creating din plates is a labour-intensive process, and by automating this method, Econ’s team of welders can now concentrate on more intricate but less time-consuming jobs.

The robot’s introduction is helping increase productivity at the same time as minimising the amount of waste steel used to create the plates, which feature a cut out ‘E’ for Econ.

The new robot – which has been named ‘Economig’ by the team – is the latest in a long line of investments in technology made by Econ Engineering over recent years and follows the purchase of a £850,000 laser cutter.

The company, which was founded in 1969, has recently opened a new £7m engineering facility near Thirsk, which is now home to its 900-strong gritter hire fleet, as well as satellite hubs in Alloa, Scotland, and the Welsh capital of Cardiff.

Econ Engineering’s Managing Director, Jonathan Lupton, said: “Ever since my father started Econ Engineering more than 50 years ago, the company has always invested in technology. As a result, Econ has always been at the forefront of innovation within the winter roads maintenance vehicle sector.

“Our new robot, which has already become a valued addition to the welding section, is now undertaking the more mundane but time-consuming jobs, which is allowing the welders to perform more interesting tasks.

“It is a superb piece of kit, and watching it work is just incredible. Several of our staff are currently being trained in how to programme and operate it, and in time it will be able to perform different welding tasks.”

0 0 0
Previous : FPT Industrial Hydrogen Engine powers first XC13 Snow Groomer
Next : Air on the side of caution: HVAC for tunnels