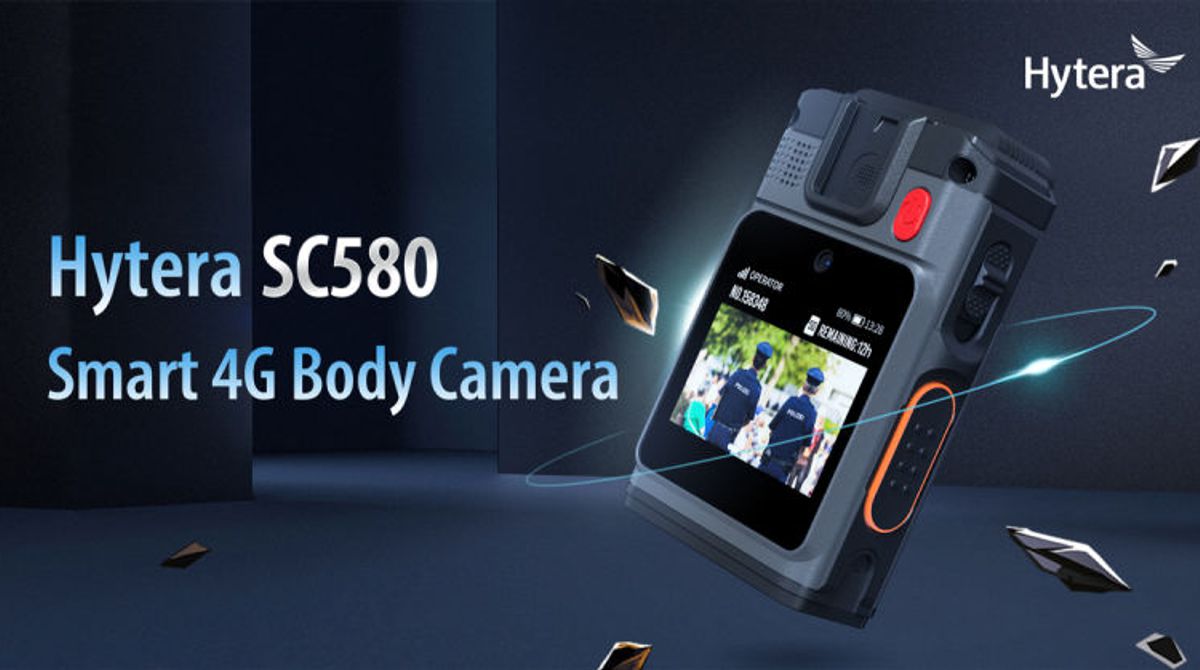 It streams videos, audio, and photos from the field to the command centre over private LTE networks, cellular networks or WLAN.

The low-light sensitivity of SC580 is made possible by a starlight sensor, which is able to capture HD colourful images with more details such as human faces or car plate numbers at night. With the 6-axis image stabilization technology, this body camera captures stable and clear videos even when the user is on the move.

Battery life is one of the common issues with operating body cameras. SC580 works with optimized power consumption and lasts beyond the 12-hour shift. A built-in backup battery capable of supporting recording for 3-5 minutes enables SC580 to keep recording even when the officer is replacing the detachable main battery.

“Body cameras capture evidence, deliver transparency and increase the safety of officers on the daily basis,” said Ke Wang, Vice President of Hytera. “We have studied a lot of users’ feedback in order to develop innovative features. In this way, we make SC580 body camera a powerful tool to facilitate more efficient and safer law enforcement.”

With Hytera Push-to-talk over Cellular (PTToC or PoC) application, SC580 works multi-purposely as a PoC radio. A dedicated Push-to-talk (PTT) key supports intuitive voice calls, while the ergonomically arranged video recording key ensures that users can quickly start the recording amid the hustle of onsite activities.