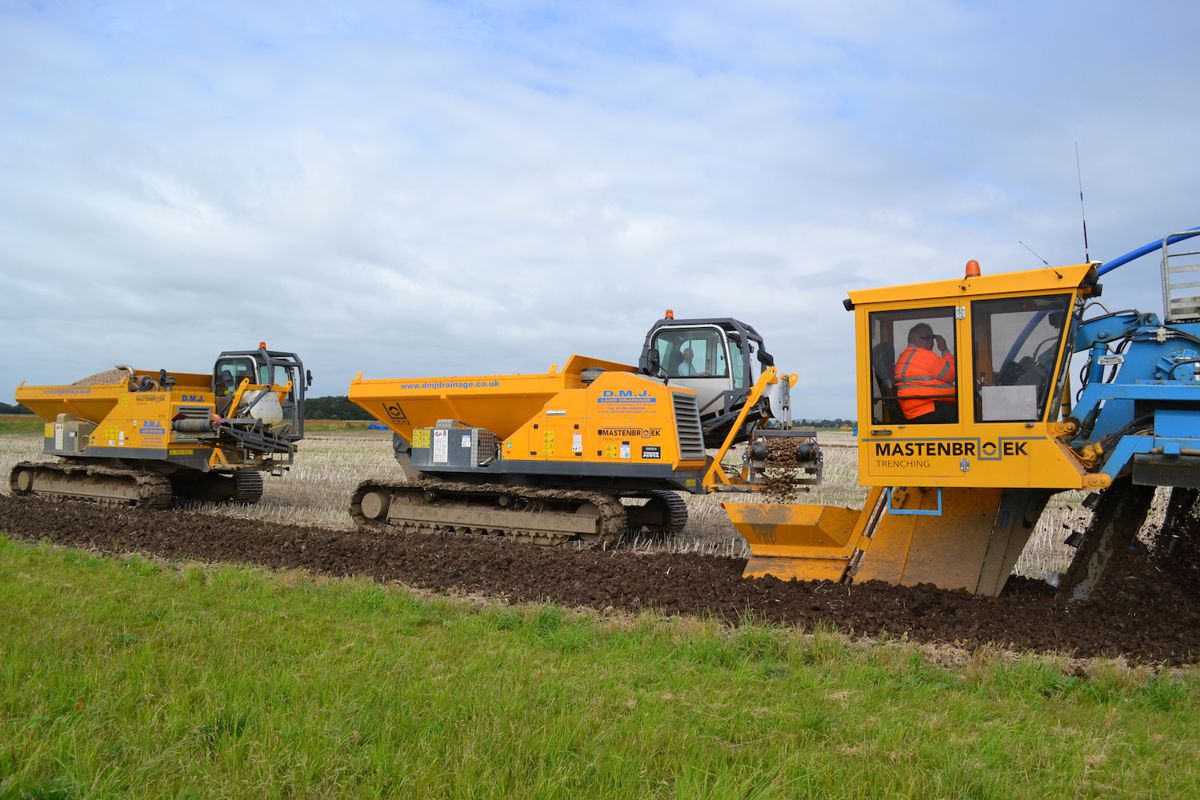 Mastenbroek will celebrate the 40th anniversary of its CT12 crawler truck at bauma 22 later this month (Munich, 24 – 30 October).

The truck, which features a full-width tipping hopper and 180-degree swing conveyor, has proved incredibly popular with pipeline and cable contractors since it was designed in 1982.

Since selling its first CT12 in 1983, Mastenbroek has made several refinements, most recently in June this year, when it incorporated a larger, full-width tipping hopper which reduces spillages when loading. The hopper is fully visible when the operator cabin is raised to its highest position, and its variable speed conveyor provides a free flow discharge for aggregates of varying viscosity. As well as allowing the operator to place materials into trenches accurately, the hopper means the CT12 can be used as a dump truck to, for example, haul aggregate along pipeline rights of way.

At the front of the CT12, Mastenbroek’s variable height, variable speed, 180-degree swing conveyor makes it easy for the operator to place backfill material directly into a trench or the hopper mounted on the trencher.

Inside the ROPs and FOPs-certified cabin, the controls have been brought closer to hand and feature an improved ergonomic design. Mastenbroek has also replaced the manual leavers found on previous models with electronic track controls.

With colder days in mind, Mastenbroek is now fitting heated windows to the front and right-hand side.

The 2022 CT12 can also be specified with a 360-degree camera system to provide the operator with complete visibility of their surroundings.

Mastenbroek has now mounted the hydraulic oil cooler independently to the engine radiator, with both have opening grills for easy access and cleaning. A new central greasing system has been developed.

“Since we designed the CT12 40 years ago, it has become one of our most popular machines, especially with companies laying pipelines and renewable cables,” says Christopher Pett, Mastenbroek’s commercial director. “Mastenbroek has had a philosophy of continuous refinement and innovation since it was established in 1977. We will continue to embrace advances in technology and always strive to provide our customers with the best possible machines to make their jobs as easy as possible. This is clear to see in the latest version of our CT12, which has attracted significant interest since it was introduced in the summer. We are very much looking forward to introducing people from across the world to the machine at Bauma.”