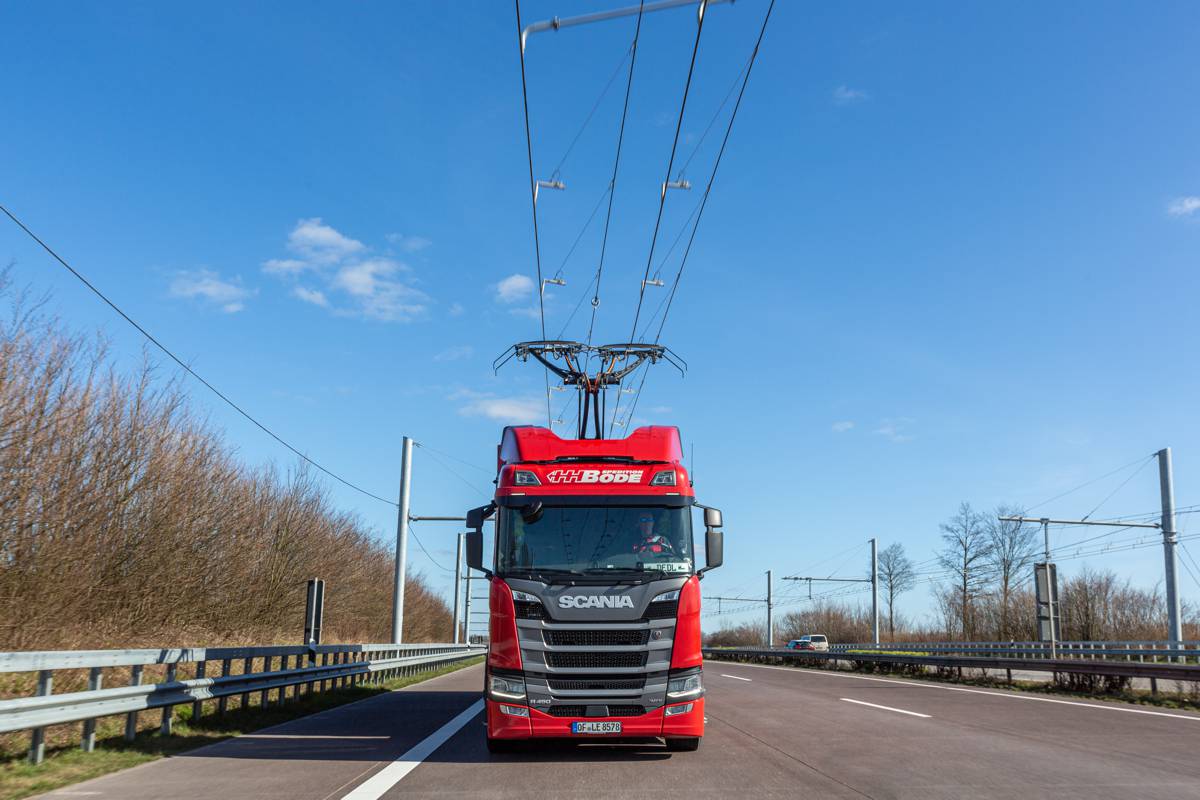 A new study by the Electric Road Consortium shows that a nationwide Electric Road System (ERS) is likely to be the fastest and most efficient way to decarbonise the UK’s freight sector.

An ERS would consist of overhead electrification wires over the inside lane of key motorways and a nationwide suite of static charging facilities. The Consortium is now urging the UK Government to fund an ERS pilot on sections of motorway in The Humber to show how an ERS could be rolled out successfully across the country.

The UK has pledged to reduce carbon emissions by 78% by 2035 and the Government has committed to banning the sale of new diesel lorries from 2040. Decarbonising heavy goods vehicles (HGVs) therefore needs to be addressed urgently if the country is to meet these net zero targets. 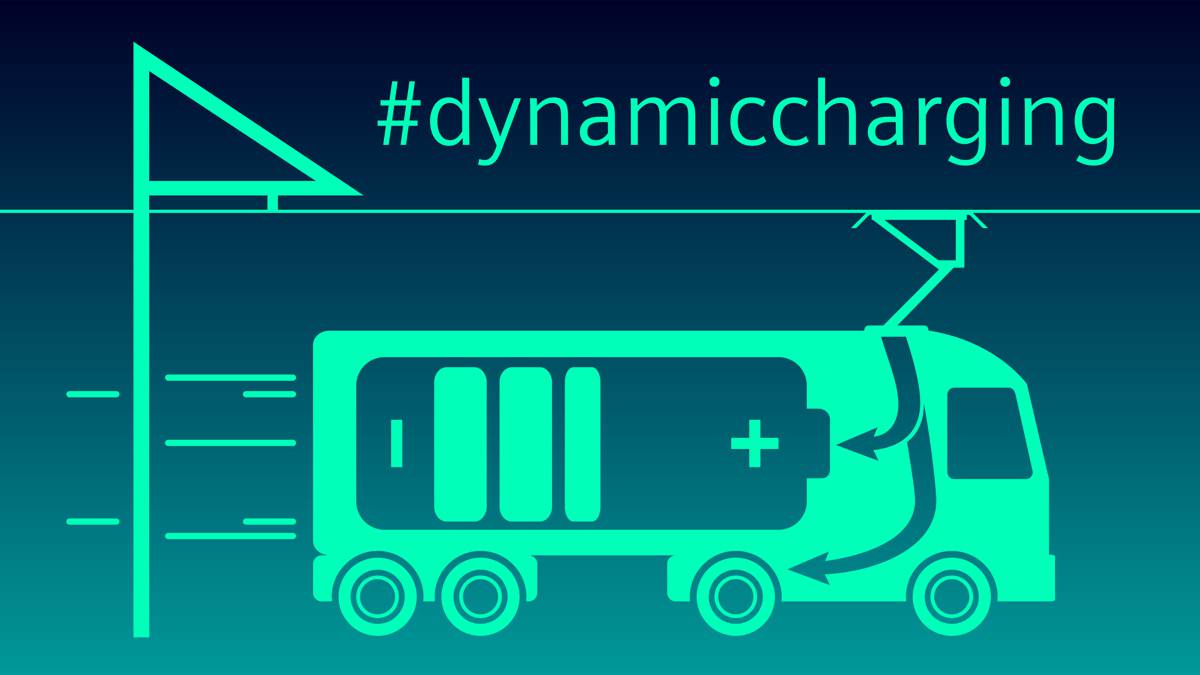 The Consortium, comprising infrastructure specialist Costain, transport solutions provider Siemens Mobility, and the Centre for Sustainable Road Freight, carried out the feasibility study for an ERS pilot over 9 months, funded by the Department for Transport through Innovate UK as part of its Zero Emission Road Freight Trials.

The findings of the study indicate that an ERS will present the lowest carbon and most energy efficient option to decarbonise freight, as well as being the fastest way to reduce emissions. The Consortium estimates that a national ERS rollout would remove approximately 5% of the UK’s total greenhouse gas emissions. Compared with a hydrogen-powered HGV, an ERS-powered truck would require three times less energy. ERS is also expected to be the most resource-efficient choice, with the lowest impacts on the natural environment. 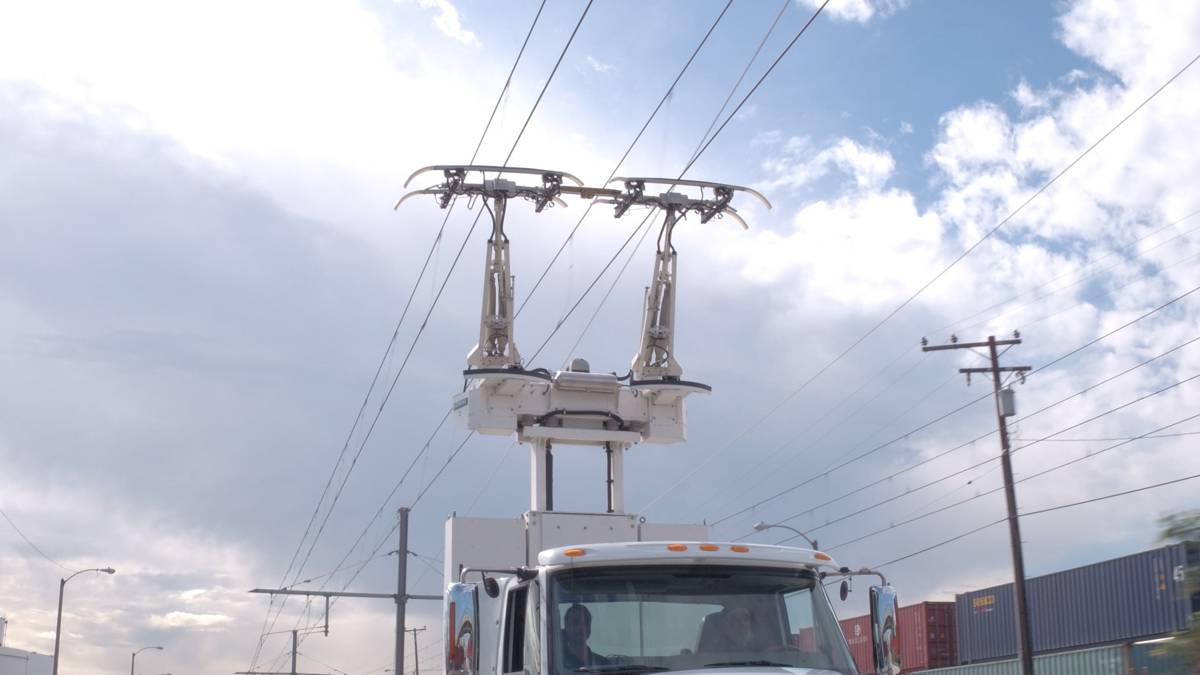 A pilot is needed to demonstrate these positive impacts and, crucially, build confidence and learning across the different sectors that will need to adapt to low-carbon freight, including highways, energy networks and logistics.

The Consortium has identified a stretch of the M180 connecting Doncaster to the port of Immingham on the Humber (alongside several regional static charging facilities) as the best location for the trial. It would work closely with infrastructure owners and the logistics industry throughout the project, using the data and learnings generated to develop a clear practical plan for how to roll out an ERS nation-wide. 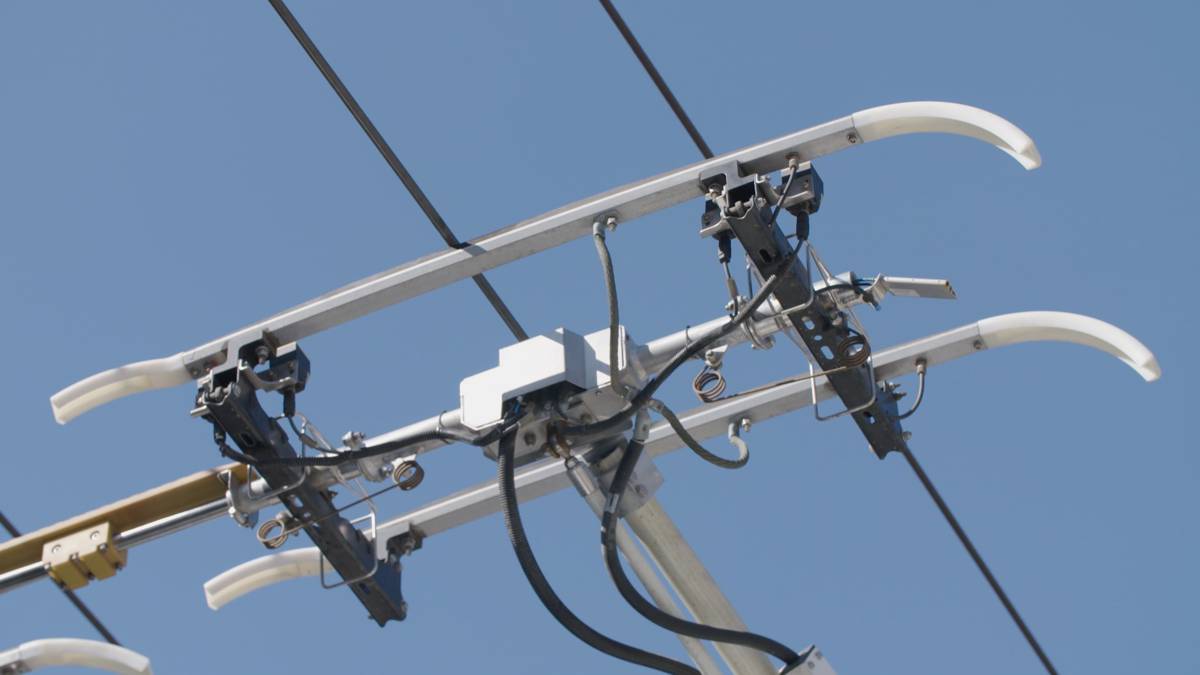 Key findings from the study

Alex Vaughan, CEO of Costain, the ERC’s lead partner, said: “Our findings demonstrate the enormous opportunity ERS presents to help decarbonise freight transport.  Accelerating HGVs’ move away from diesel would not only help achieve the UK’s climate targets, but also support improvements in air quality and energy security. Whilst this technology alone will not solve the net zero challenge, it can play a significant part in decarbonising freight transport, and we therefore call on the Government to support a UK pilot.”

William Wilson, CEO of Siemens Mobility, said: “We have eHighways technology working, already decarbonising road freight, which means we can build the UK pilot now. Our trial installation in Germany is proven and we would urge the British government to fund this project so we can make a step-change in the journey to net-zero today.”

Professor David Cebon, Director of the Centre for Sustainable Road Freight (Cambridge University, Heriot-Watt University and Westminster University), said: “It’s great that the Government has announced the next phase of funding into renewable energy-powered HGVs for battery and hydrogen. Our study informs how an ERS can be rolled out at scale now and how it could form the backbone of a future green infrastructure for HGVs. Let’s work together to see how we can make this a reality and put the UK at the forefront of renewable technology for HGVs.” 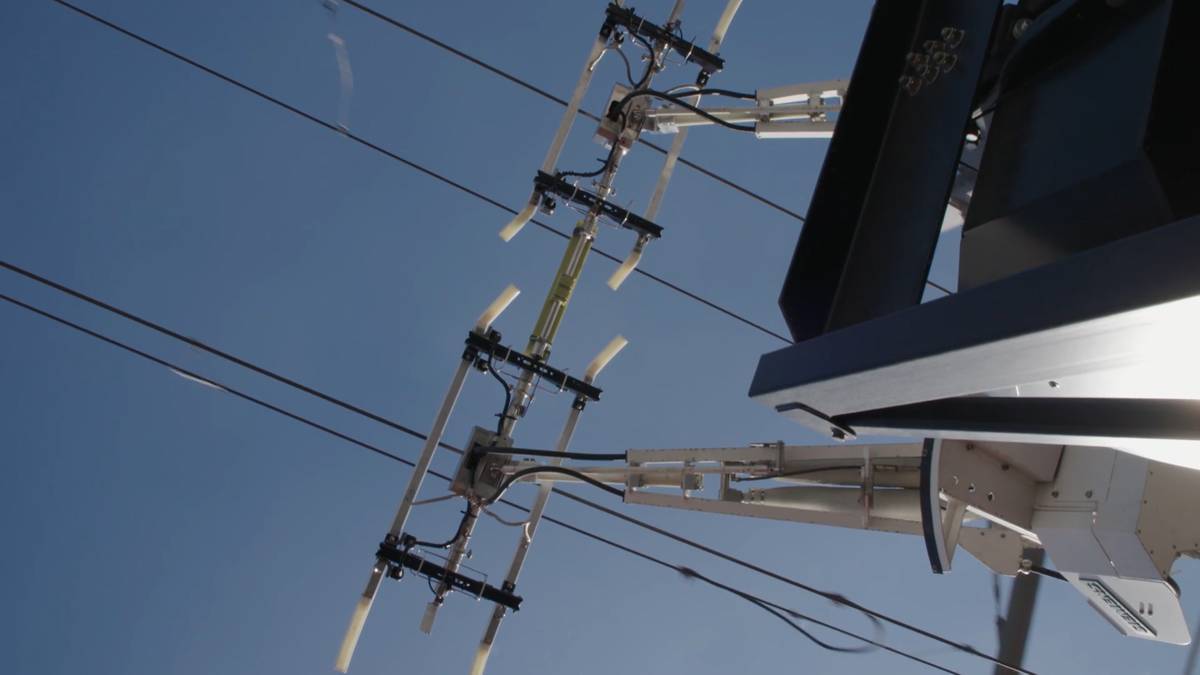 How an ERS pilot would work

The Consortium has pinpointed the 41km stretch of the M180 connecting Doncaster, which is a major logistics hub, to Immingham port, as the ideal route to run the £100m pilot.  Using this location would give the North a head-start in electrifying freight and put it in the lead for the new skills and jobs the sector needs for the future. It also provides an opportunity to generate power from local wind and solar resources, which would provide the electricity used to charge the ERS.

The group would start by electrifying two separate 10km stretches on the east bound carriageway of the M180. These can be built simultaneously, meaning, once it gets the green light, the pilot could be up and running within two years. 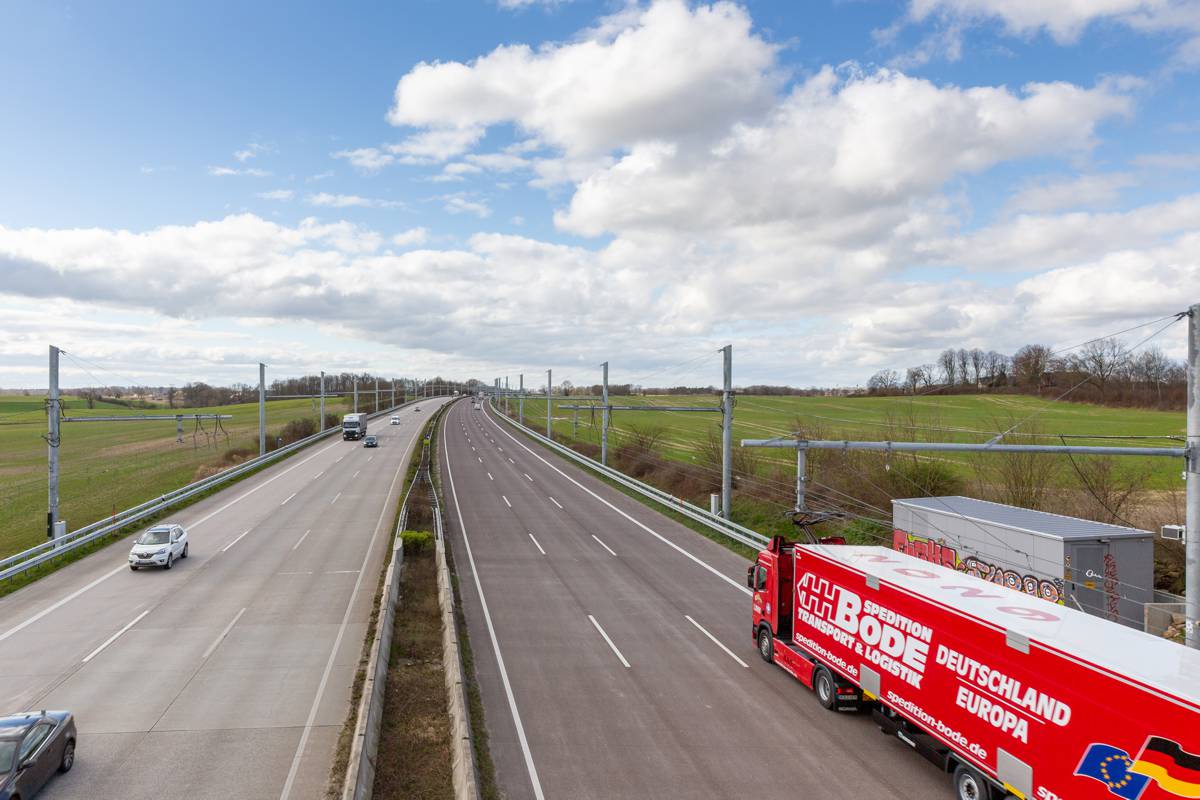 The pilot would use a combination of overhead wires, similar to trams, connected to specially designed battery-electric hybrid trucks which can automatically attach and detach themselves from the wires as needed. This dynamic charging system would be coupled with static battery chargers placed at strategic points across the network, such as depots, logistics hubs, to be used by the trucks as required.