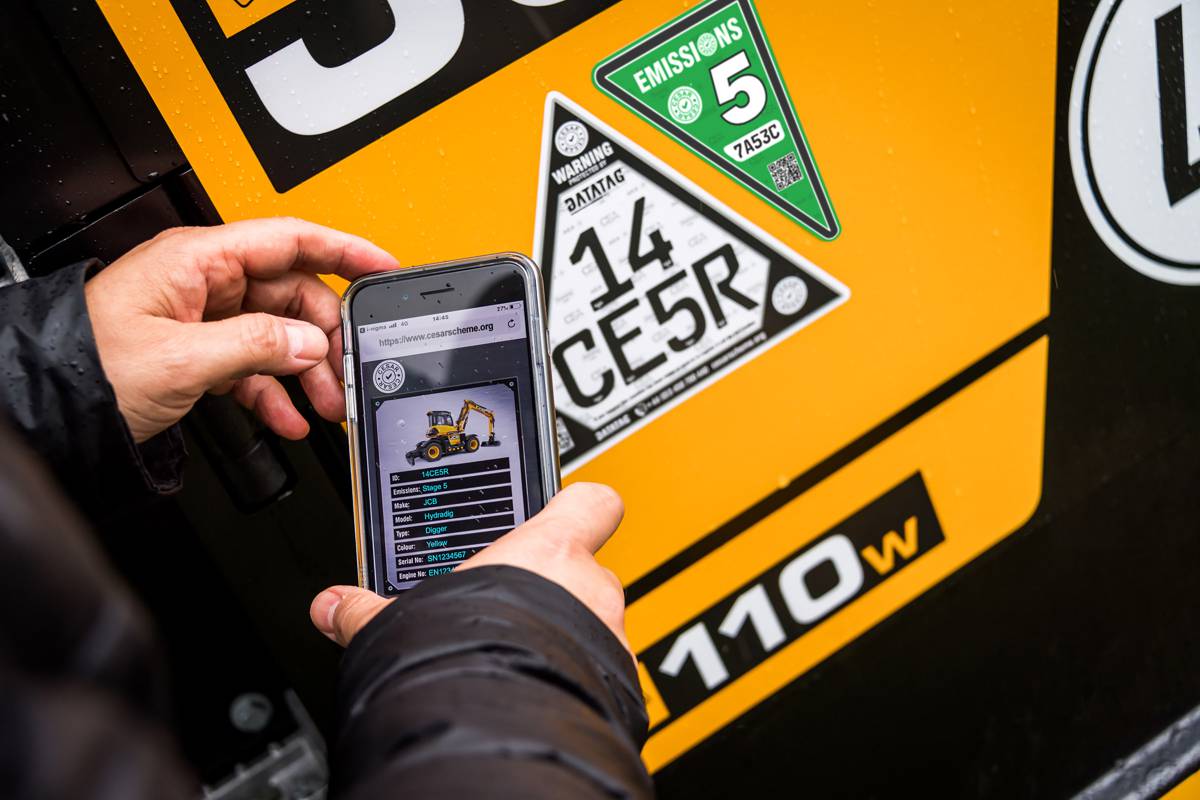 CESAR celebrates 15 years of the Equipment Security and Registration Scheme

CESAR celebrates 15 years of the Equipment Security and Registration Scheme

For 15- years the CESAR scheme has been protecting construction plant equipment from theft and is the UK’s official construction and agricultural equipment security and registration scheme of the CEA (Construction Equipment Association), promoted by the AEA (Agricultural Engineers Association) and powered by Datatag Id Ltd.

Established in 2007, it is the only scheme of its kind which incorporates a database of ownership, allowing stolen machinery to be identified and returned to its rightful owner.

May 2006 saw a major initiative in the campaign to stamp out crime in the construction industry when more than 20 companies were invited to tender to the Plant Theft Action Group to implement a unique security and registration scheme – a first for the sector. Datatag – the European market leader in security identity systems within the Motorcycle, ATV, Scooter, Trailers, Boats, IT, Cycle, Jet Ski and Construction and Plant sectors – underwent a rigorous tendering and selection process before a final submission to the Construction Equipment Association and was announced as the winning company in November 2006. 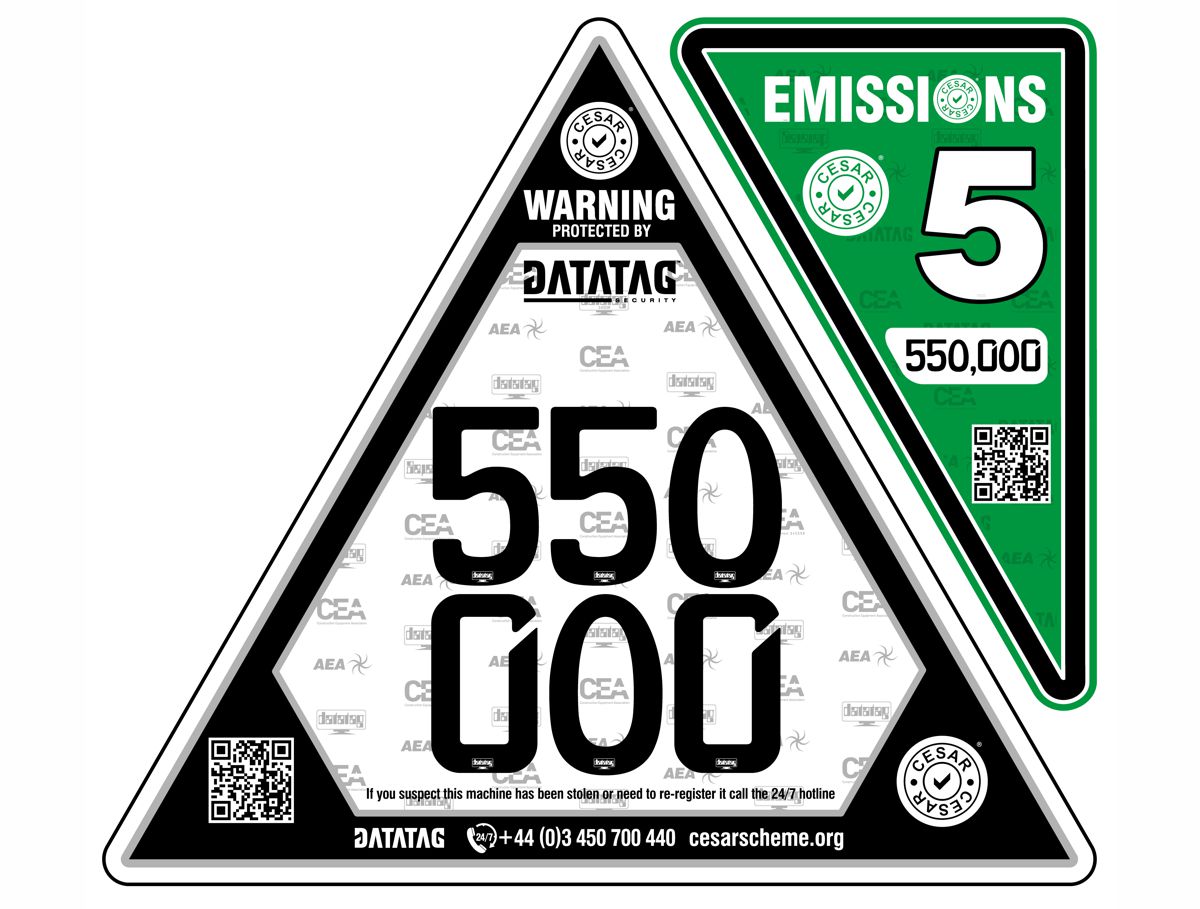 CESAR was first launched at the Combined Industries Theft Solutions (CITS) conference held at JCB’s Rocester HQ in 2007, with the agricultural sector coming on board in 2009. Since its launch CESAR has been adopted by a ‘who’s who’ of leading equipment manufacturers including Caterpillar, Hitachi, John Deere, New Holland, Massey Ferguson, Volvo, Komatsu, Hyundai, Takeuchi, JCB, SANY, Manitou and Merlo. In fact, the scheme has been adopted by 93% of the leading OEMs in the UK.

To date, 550 thousand items of equipment have been marked with the unique multi-layered technology to give each machine a unique identity. The universally recognised triangular CESAR registration plate has become the industry standard identification mark. CESAR marking of construction and agricultural machinery has contributed significantly to a decline in thefts since the scheme was first launched.

The scheme is also recognised by Police, Law Enforcement, Border and Port Authorities as a result of the accurate machinery data recorded by Datatag and the CESAR Scheme.

Kevin Howells, Managing Director, Datatag, said: “The last 15 years has been one of the most difficult and challenging periods ever recorded, particularly the last five years.  During this time, I have constantly been impressed and grateful for the support of the CEA, the AEA and the fantastic, dedicated team at Datatag, who have helped make the Official CESAR Scheme a World leading Security initiative. Now, with the development of Emissions Compliance Verification, it’s helped to gain the support of virtually all of the major OEMs protecting and registering equipment for their valued customers, which now surpasses half a million machines. So, thank you to all of the participating customer focussed manufacturers and here’s to the next 15 years.” 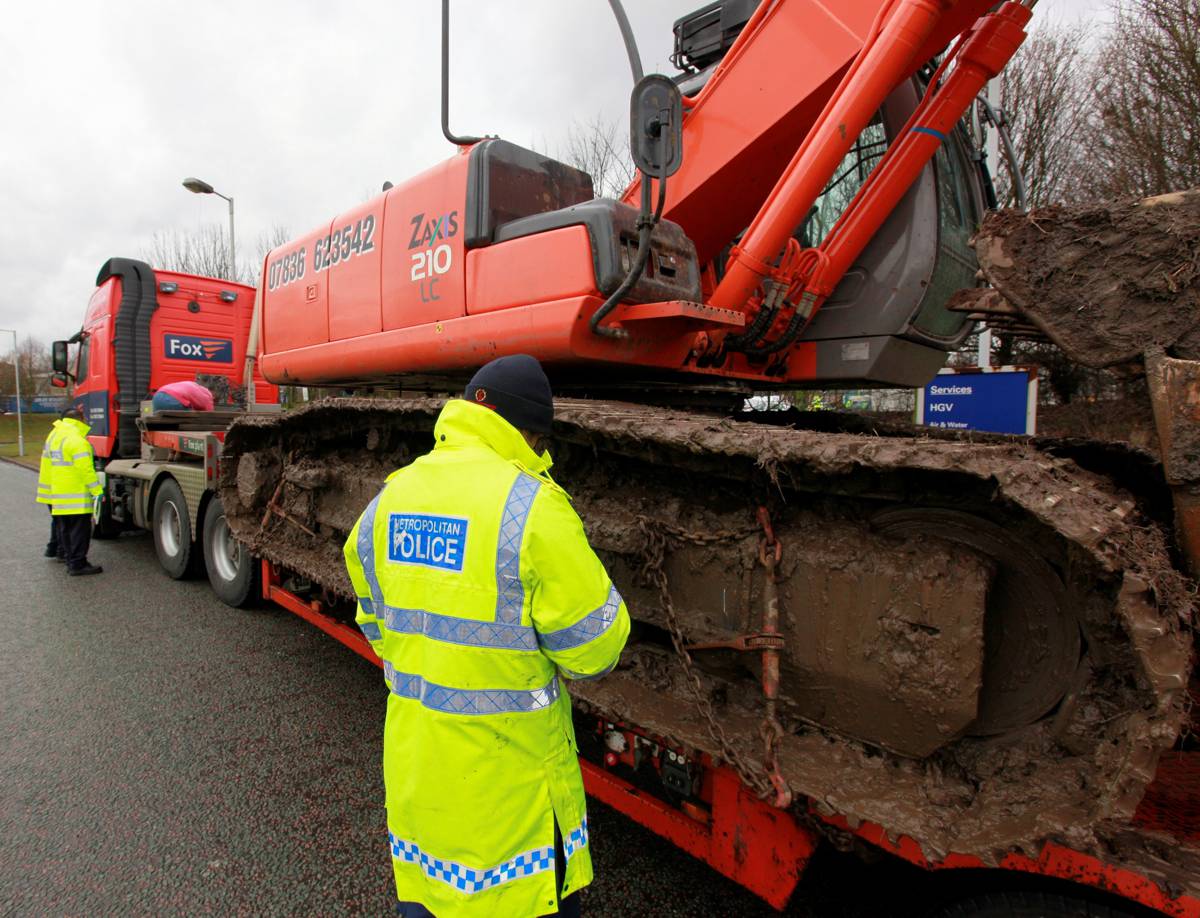 Ruth Bailey, Director General/CEO, AEA (Agricultural Engineers Association) said: “Theft of agricultural machinery is in nobody’s interest, except for the criminals, who are often part of organised criminal networks. As well as the financial costs involved, it is also incredibly disruptive to farmers and other users of machinery, who rely on it to look after livestock and grow crops. The AEA supports any initiative which reduces theft. CESAR has proved itself over the last 15 years to be a very effective deterrent and we see it going from strength to strength as it reaches this milestone.”

Suneeta Johal, Chief Executive, CEA (Construction Equipment Association) commented on CESAR reaching its 15-year anniversary: “Unfortunately we will never entirely stamp out plant theft, it’s a sad fact of life, particularly in the current economic climate. The CESAR scheme is amongst the few proven plant theft deterrents and has excellent recovery rates. Reaching this 15-year milestone and 550 thousand registrations is a testament to its success.  We look forward to the next milestone of 1 million machines displaying the familiar CESAR triangle.”

In 2013 Datatag launched Micro CESAR – a theft system for small tools and equipment.  Insurers, manufacturers and industry bodies had raised the issue of small tool theft, and Micro CESAR was the response from Datatag and the CEA.

There are new developments in the CESAR suite of products, which are currently on trial with a leading contractor. Watch this space for the ‘official launch’ which is coming soon.

CESAR uses State of the Art Datatag ID technology, with both visible and covert markings, making it a real theft deterrent. These include the now-iconic and uniquely numbered tamper-evident triangular ID plates, hidden RFID transponders, microscopic Datadots, and a unique forensic DNA solution.

Once fitted these technologies are almost impossible to remove successfully and when recorded on Datatag’s secure database, are accessible to the police 24/7enabling them to identify any machine at the roadside night or day. The Datatag team has trained thousands of police officers, from across the 43 UK Constabularies on CESAR.

There are no annual fees for the scheme, just a one-off investment in marking and registering your equipment for life. In addition, Datatag has a manned 24hour international call centre specifically for CESAR and the scheme is also part of Interpol’s training programme – so its reach is worldwide.