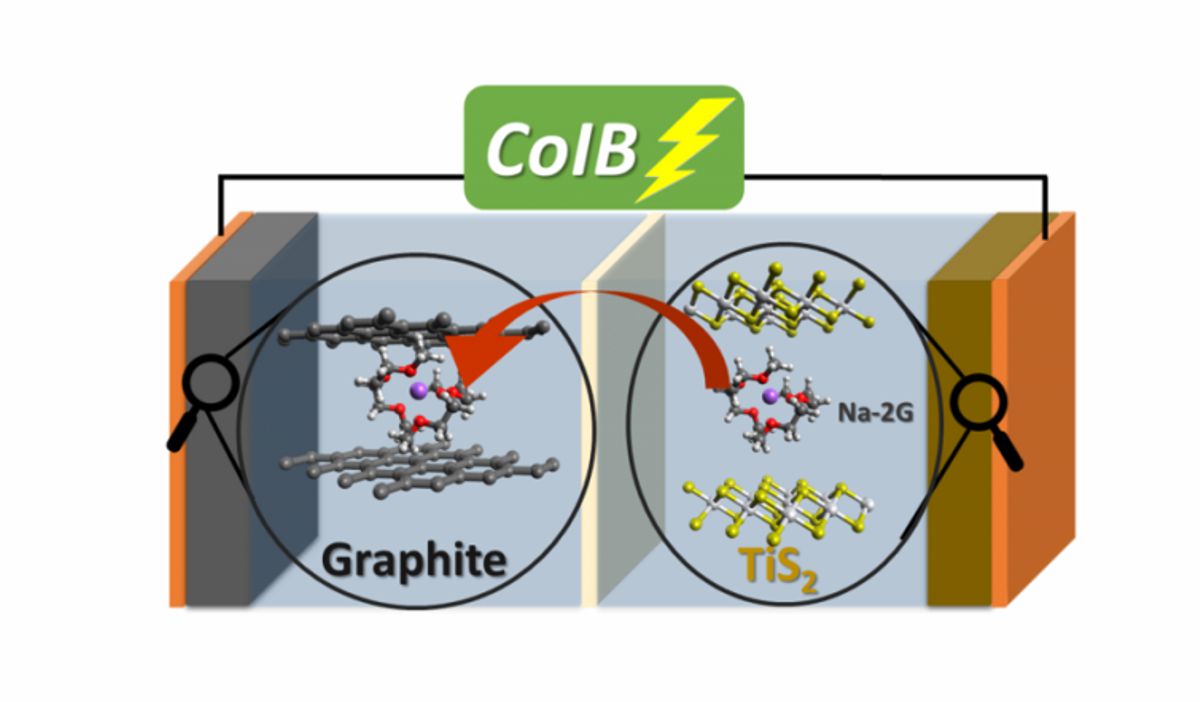 The storage of ions when accompanied by their solvation shell in a crystal lattice is referred to as co-intercalation, up to this point, this concept was limited to the negative electrode of the sodium-ion battery.

Now the researchers around Adelhelm have succeeded in extending the concept to the positive electrode of the battery.

Dr. Guillermo A. Ferrero, first author of the publication, explains: “With titanium disulphide and graphite, we have for the first time combined two materials that absorb and release the same solvent during charging and discharging of the battery”.

The scientists could observe changes in the material during charging and discharging via operando measurements performed in the X-Ray Core Lab at HZB on the LIMAX 160. This helped them to assign the co-intercalation mechanism inside the battery. They could then use this new knowledge to realise a battery with two electrodes that both rely on reversible co-intercalation of solvent molecules.

“In contrast to lithium-ion batteries, which are based on the storage of lithium ions in the positive and negative electrodes of the battery, we are working on the one hand with sodium ions, as they also occur in cheap table salt. On the other hand, we store the sodium ions together with their solvate shell, i.e. solvent molecules from the electrolyte solution that separate the two electrodes. This makes it possible to realise completely new storage reactions,” explains Prof. Philipp Adelhelm, who heads the research group “operando battery analysis”, which was jointly founded by Humboldt University and Helmholtz-Zentrum Berlin in 2020.

“We are still in the early stages of understanding the implications of the co-intercalation batteries. But there are a few possible advantages we can envision”, Dr. Katherine A. Mazzio, HZB, explains: “The process of co-intercalation could improve upon efficiency by enabling better low temperature performance. It could also be utilised to improve upon alternative cell concepts such as using multi-valent ions instead of Li+ or Na+ storage that are particularly sensitive to the solvation shell.”

This project received funding from the European Research Council (ERC) under the European Union’s Horizon 2020 research and innovation programme (grant agreement No. [864698], SEED).