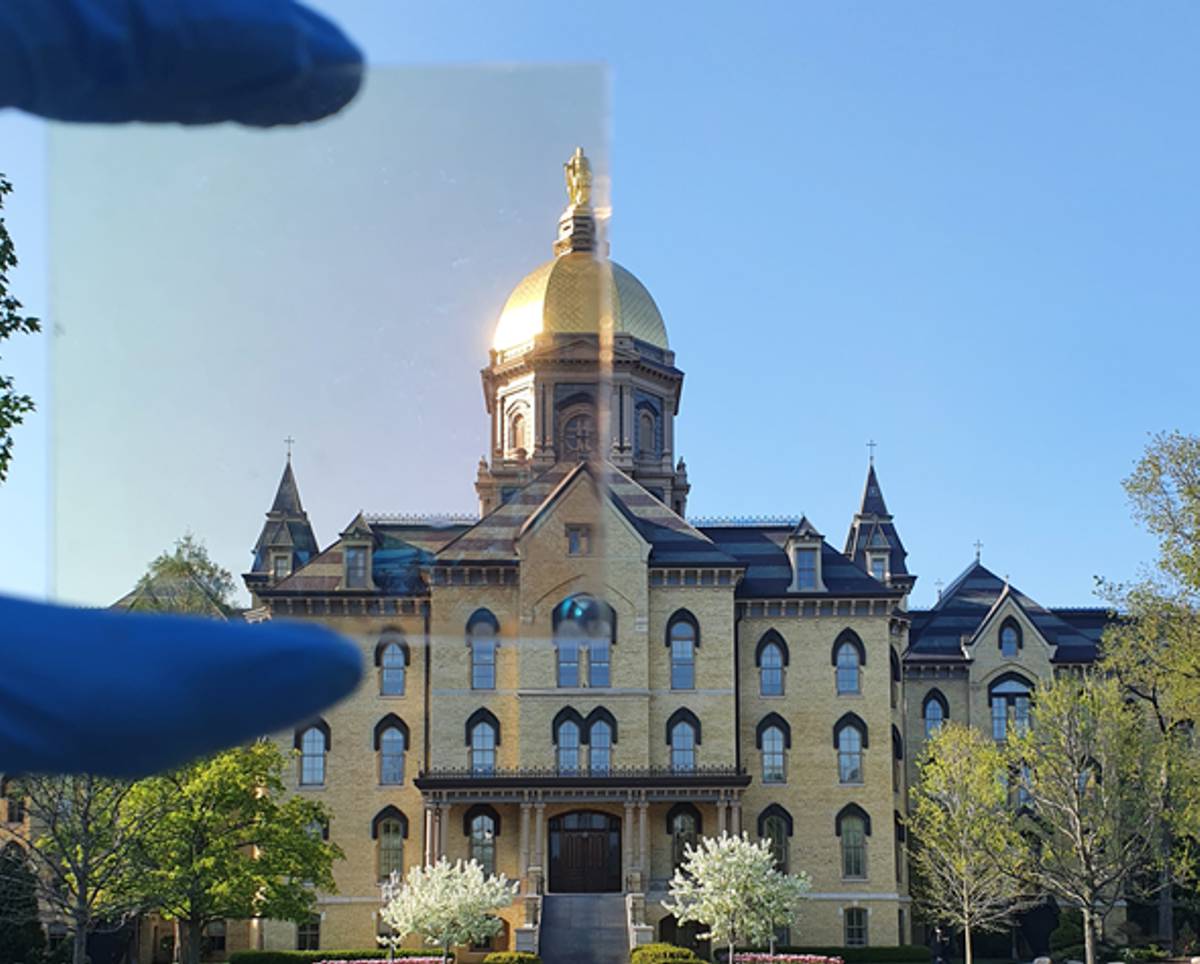 Window Coating could keep Buildings cool without using any energy

Window Coating could keep Buildings cool without using any energy

As climate change intensifies summer heat, demand is growing for technologies to cool buildings. Now, researchers report in ACS Energy Letters that they have used advanced computing technology and artificial intelligence to design a transparent window coating that could lower the temperature inside buildings, without expending a single watt of energy.

Studies have estimated that cooling accounts for about 15% of global energy consumption. That demand could be lowered with a window coating that could block the sun’s ultraviolet and near-infrared light — the parts of the solar spectrum that typically pass-through glass to heat an enclosed room. Energy use could be reduced even further if the coating radiates heat from the window’s surface at a wavelength that passes through the atmosphere into outer space.

However, it’s difficult to design materials that can meet these criteria simultaneously and can also transmit visible light, meaning they don’t interfere with the view. Eungkyu Lee, Tengfei Luo and colleagues set out to design a “transparent radiative cooler” (TRC) that could do just that.

The team constructed computer models of TRCs consisting of alternating thin layers of common materials like silicon dioxide, silicon nitride, aluminium oxide or titanium dioxide on a glass base, topped with a film of polydimethylsiloxane. They optimized the type, order and combination of layers using an iterative approach guided by machine learning and quantum computing, which stores data using subatomic particles.

This computing method carries out optimization faster and better than conventional computers because it can efficiently test all possible combinations in a fraction of a second. This produced a coating design that, when fabricated, beat the performance of conventionally designed TRCs in addition to one of the best commercial heat-reduction glasses on the market.

In hot, dry cities, the researchers say, the optimized TRC could potentially reduce cooling energy consumption by 31% compared with conventional windows. They note their findings could be applied to other applications, since TRCs could also be used on car and truck windows. In addition, the group’s quantum computing-enabled optimization technique could be used to design other types of composite materials.

The authors acknowledge support from the National Research Foundation of Korea and the Notre Dame Center for Research Computing.

The American Chemical Society (ACS) is a non-profit organization chartered by the U.S. Congress. ACS’ mission is to advance the broader chemistry enterprise and its practitioners for the benefit of Earth and all its people. The Society is a global leader in promoting excellence in science education and providing access to chemistry-related information and research through its multiple research solutions, peer-reviewed journals, scientific conferences, eBooks and weekly news periodical Chemical & Engineering News. ACS journals are among the most cited, most trusted and most read within the scientific literature; however, ACS itself does not conduct chemical research. As a leader in scientific information solutions, its CAS division partners with global innovators to accelerate breakthroughs by curating, connecting and analysing the world’s scientific knowledge. ACS’ main offices are in Washington, D.C., and Columbus, Ohio.