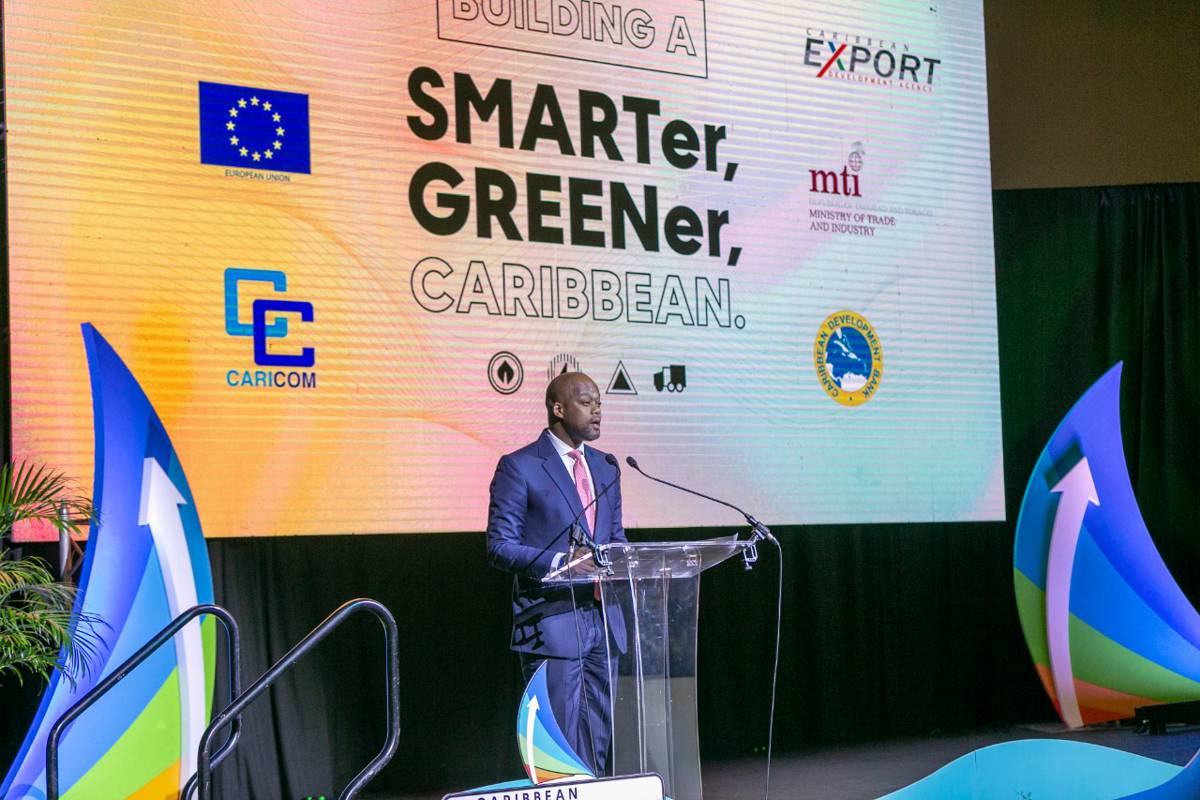 European Union Ambassador Peter Cavendish believes that Africa and the Caribbean can be the green hydrogen producers of the future.  In addition, Secretary-General of the African Continental Free Trade Area (AFCFTA), Wamkele Mene, says the Democratic Republic of Congo (DRC) and Zambia could potentially control the market for lithium-ion batteries.

These revelations were made at a Press Conference that followed the Opening Ceremony of the inaugural Caribbean Investment Forum organized by the Caribbean Export Development Agency (Caribbean Export) held November 8-11 in Trinidad and Tobago. 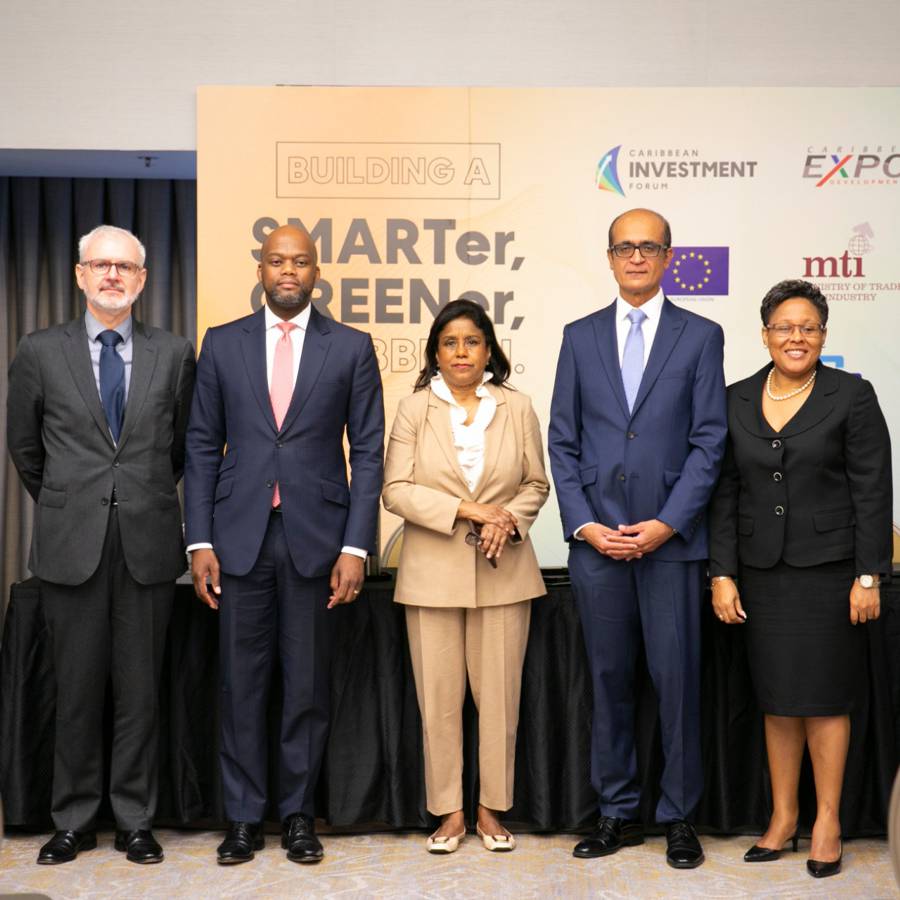 Ambassador Cavendish believes sustainable energy is an area in which both the Caribbean and Africa have significant competitive advantage and could significantly impact the world.  He spoke of the fundamental shift that has taken place in Europe that historically believed it was energy secure and energy independent.  We realise now we are energy dependent and he spoke of how recently “the Middle East, the Norwegians, the Americans and the Nigerians stepped in to help us with our energy needs in time of crisis. This heralded a gigantic change that has taken place in European psychology, and I think both the Caribbean and African nations will be able to benefit from that,” he said.

The Caribbean has solar, wind, wave, river water, and 19 volcanos from which it can generate energy, he said. “The Caribbean and Africa together have the potential to be the major green hydrogen supplier for Europe in the future,” he said. “You have a gigantic energy advantage” that will last through the lifetimes of you, your children and your grandchildren, he assured.

Both in his Keynote Address and at the press conference, Ambassador Mene highlighted a common obstacle blocking growth and development in both the Caribbean and Africa. He said both regions needed to retain a much greater percentage of the value created from their primary resources.  While those resources could, for example, be sun and sea, cocoa, spices, oxide or gold, Mene highlighted the example of lithium cobalt oxide.  He noted that while the DRC and Zambia were the leading producers in the world of this key input into the lithium-ion batteries that power electric vehicles, they historically have never produced batteries.  Similarly, Ghana and Cote d’Ivoire are major producers of cocoa but do not make chocolates. “Value-added is very important…there must be a shift of investment to the production sector,” Mene said. 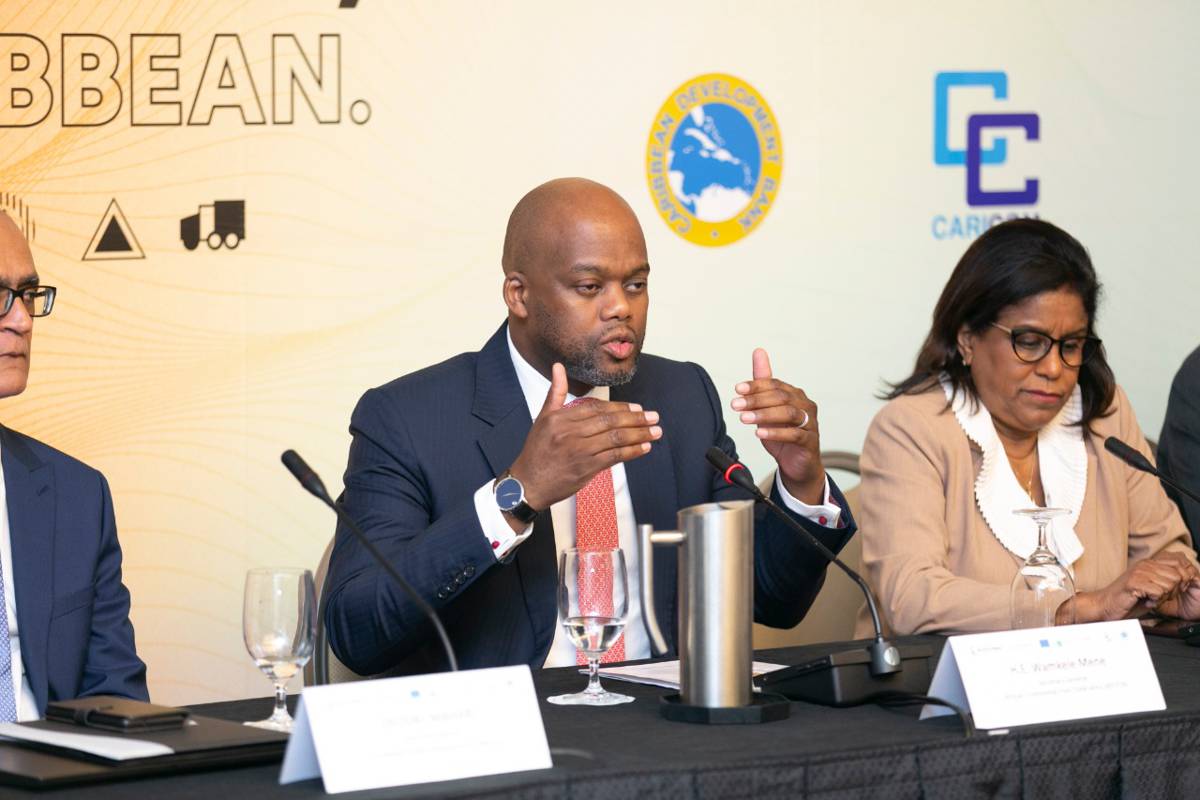 Caribbean Export Executive Director Deodat Maharaj also pointed out that studies have shown that less than 10 cents of every tourism dollar spent in the Caribbean is retained in the Caribbean.

In Africa, change has begun.  Last year, the governments of DRC and Zambia agreed to stop the export of unprocessed oxide and work together to produce lithium batteries.  In addition, the governments of Ghana and Cote d’Ivoire have agreed there will be no more exporting unprocessed cocoa. “The DRC and Zambia could potentially control the market for lithium batteries,” Mene told the media.  He also predicted that “in 10-15 years, Ghana and Cote d’Ivoire would be major producers of coffee and chocolate.

Trinidad and Tobago’s Trade & Industry Minister, Paula Gopee-Scoon, revealed that Trinidad and Tobago “will open a commercial office in South Africa in the first quarter of 2023 to facilitate trade and investment.”

0 0 0
Previous : What is being done to improve Motorway Air Quality
Next : Local Authorities benefit from combining components of Asset Management