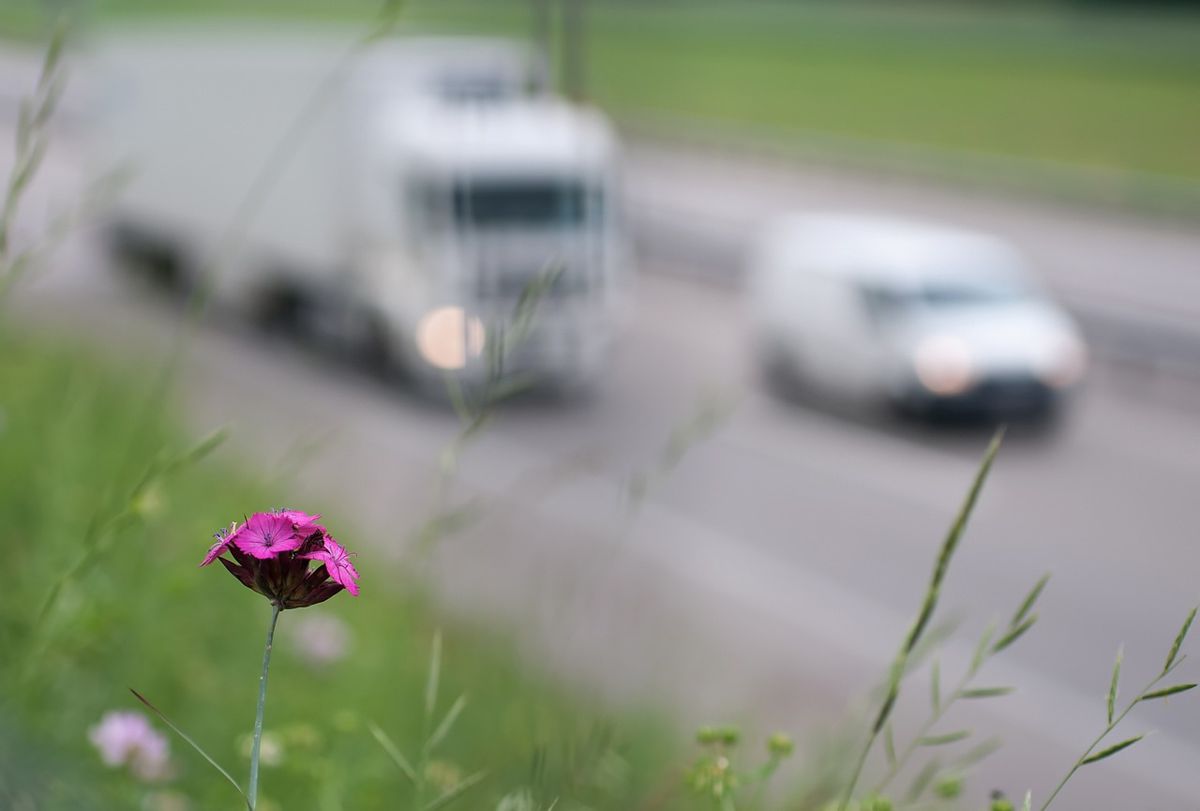 Argonne collaborates with US laboratories on research to identify promising biofuels for different engine types.

Biofuel is closer to becoming a cost-competitive, climate-friendly solution for slashing carbon emissions in cars and trucks, according to two new studies.

Biofuel has significant advantages over petroleum gasoline. But the engines themselves are also critical to energy efficiency. Designing low-carbon fuels and engines to work together can maximize energy use and vehicle performance.

“We are at the intersection of new innovations in both engines and biofuel,” said Troy Hawkins, Argonne’s group manager, fuels and products group, an author on both ACS Sustainable Chemistry & Engineering studies. ​“Our goal was to develop new biofuels blended with conventional fuels to improve engine performance. This means a gasoline-powered car or truck could go further on the same amount of fuel. Or a diesel vehicle could meet more stringent emissions standards.”

In both studies, Argonne scientists worked with other national labs to identify promising fuels for different engine types. Researchers considered cost, environmental impact and potential for expanding to commercial markets.

Argonne is part of Co-Optima’s consortium of nine national laboratories and over 20 university and industrial partners. The consortium studies how simultaneous innovations in fuel and engines can boost fuel economy and vehicle performance while reducing emissions.

Scientists and experts at every DOE laboratory played an important role in each phase of the research, Hawkins said.

“This research is a really good example of how laboratories can work together to help the DOE accomplish its mission,” Hawkins said.

Co-Optima’s research builds on the goal to identify and understand bioblendstocks, or biofuel. Biofuel is produced from biomass — organic materials including plants, agricultural waste and wet waste. Biofuel can be blended with conventional fuel to reduce emissions and improve fuel and engine performance.

Collaborating with Co-Optima fuel experts, researchers used a screening process to develop a list of biofuels for their research, Benavides said.

“We worked with other experts to use specific criteria to narrow many biofuel candidates down to a short list for our research. This list was developed based on the required properties and the engine’s combustion mode,” Benavides said.

One study was co-first-authored by Benavides. The team assessed 12 biofuel production pathways for optimizing multimode internal combustion engines. Multimode engines can deliver greater efficiency and cost savings by using different methods of ignition, combustion and/or fuel-preparation, depending on driving demands.

Researchers used renewable biomass feedstock found in forestry byproducts such as wood waste and agricultural byproducts such as corn stover. They used conversion technologies including either fermentation, catalysis under high heat and pressure, or a combination of both.

“We found that not only can seven biofuels be produced cost-competitively, but that these seven are varied in terms of feedstock used and conversion technology,” Bartling said. ​“This means that biorefineries can be more flexible in choosing where and how to build their facilities.”

NREL and PNNL researchers did a techno-economic assessment of the biofuel production pathways, analyzing cost and technology performance.

“Our findings showed that many of the biofuels are competitive with the current cost of petroleum fuel,” Phillips said.

The second study was co-first-authored by Bartling. Researchers analyzed 25 pathways for producing biofuel optimized to improve combustion for mixing-controlled compression ignition engines. These are a type of diesel engine mainly used for freight transportation.

To develop biofuel production pathways, researchers used feedstocks ranging from plant materials such as wood chips or corn stover, to oils from soybean and cuphea, to wet wastes and recycled grease. They used conversion technologies including fermentation, gasification, and hydrothermal liquefaction.

“The diverse set of biomass resources available in the U.S. has great potential to replace a portion of fuels and chemicals that now come from petroleum,” said Damon Hartley, INL’s Operations Research and Analysis Group lead. ​“However, one of the largest barriers is the wide variability in quality in the raw materials. This can have a large impact on how the material performs in conversion.”

As with the first study, most of the technologies performed well. Most of the biofuels were cost-competitive with current gas prices.

In terms of environmental impact, GHG emissions were reduced more than 60% in 12 of the 25 pathways, according to the GREET life cycle analysis.

Researchers did not intend to produce a definitive list of biofuels, Benavides said. Instead, the studies offer a guide for stakeholders on selecting biofuel pathways that best meet their needs.

“We provide researchers and industry guidance on assessing biofuels based on a number of complex variables,” Benavides said. ​“The life cycle and techno-economic analysis is important in guiding stakeholders as early as possible. We can’t tell stakeholders what choices to make. But these tools can point them in the right direction from the beginning.”

While many of these biofuel pathways could potentially be cost-competitive, it is too soon to lock in prices in a constantly fluctuating gas market. ​“The challenge is providing cost-competitive prices in the long term,” Hawkins said.

While these biofuel production pathways target cars and diesel trucks, Argonne researchers are also studying the potential for using these pathways in hard-to-electrify sectors like aviation and maritime industries. The goal is to bring biofuel to market across a range of industries as quickly as possible.

“DOE is constantly working on sustainable solutions for decarbonizing the transportation sector. Biofuel is a big piece of that,” Hawkins said. ​“We will continue to expand on Co-Optima’s important work.”