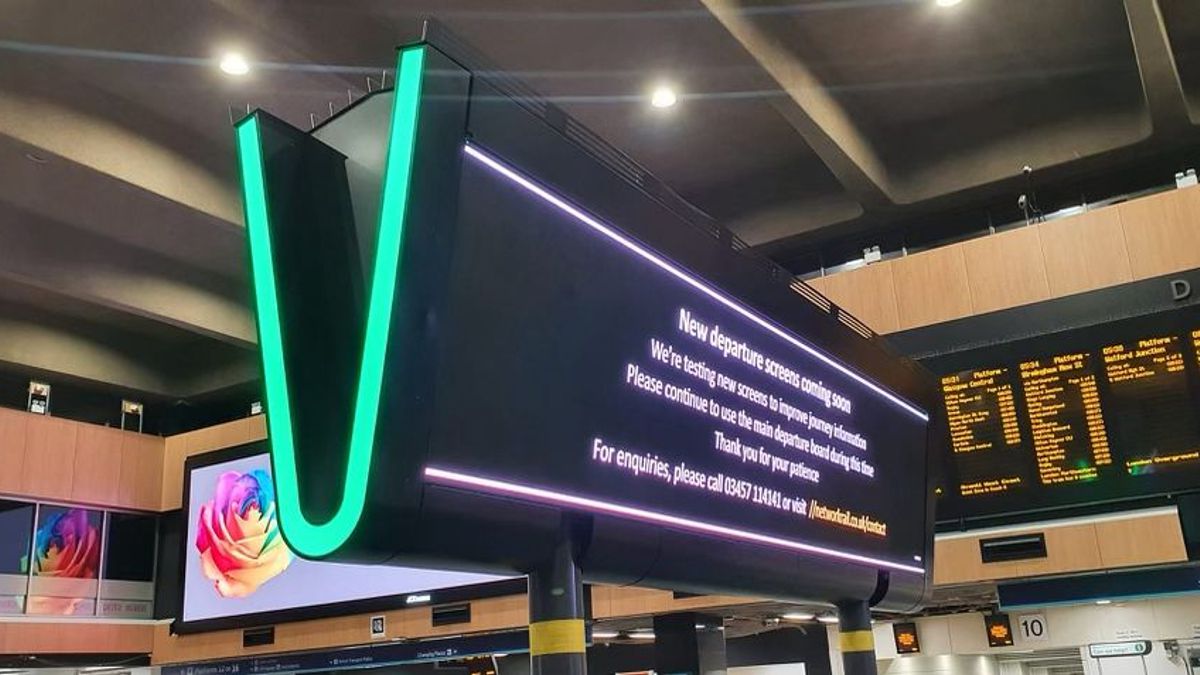 High-definition passenger information screens are being installed at London Euston station over the coming weeks so real-time testing can take place.

The new £1.5m electronic departure and arrivals boards will be positioned in the middle of the station concourse and will quadruple the number of screens available for passengers.

Instead of one set of overhead LED screens above the entrances to platforms, two double-sided banks of full-colour displays are being built on posts.

Computer modelling has taken place to analyse how shifting passengers’ focus from the front to the centre of the concourse can improve people flow at the West Coast main line’s London terminus. 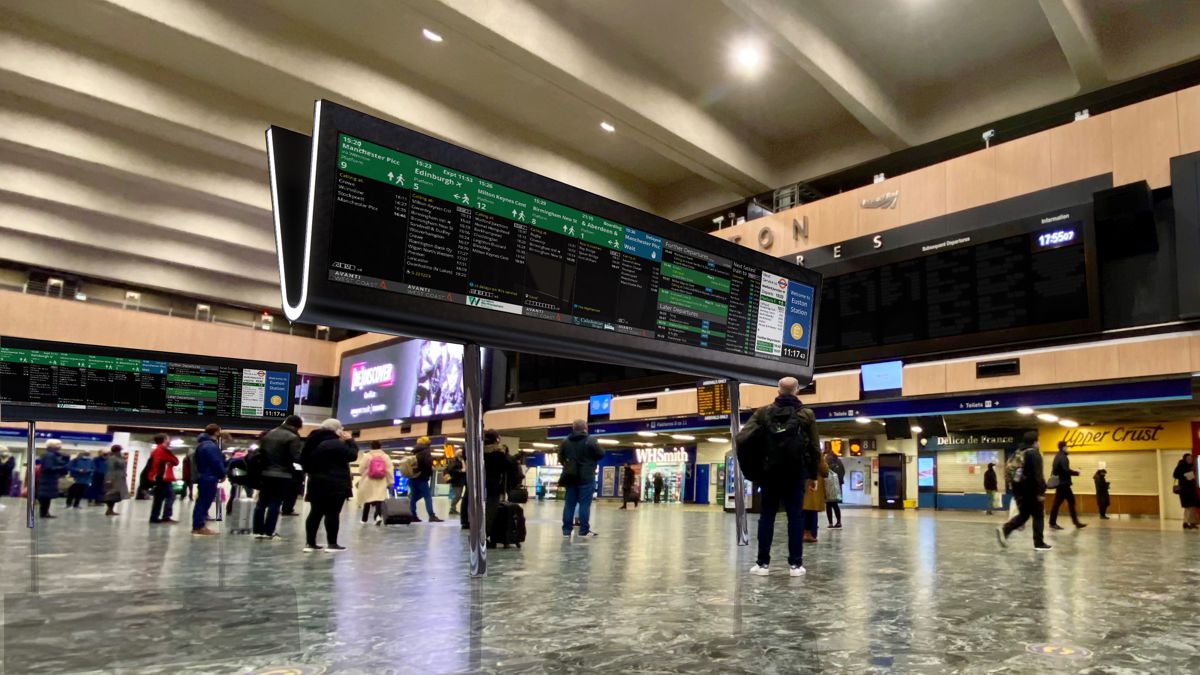 But over the coming months this will be tested live when the new screens are put into action for trials.

James Dean, Network Rail’s West Coast South route director, said: “There’s been a huge amount of work in recent years to make more space for passengers at London Euston, all in preparation for this latest exciting phase to overhaul our departure and arrivals boards.

“This will be a big change for passengers which is why we’re trialling the boards first and then listen to feedback from station users. The high-definition displays have been really successful in other stations, so it’ll be great to get them in position and see how they work for the thousands of passengers who use Euston every day.” 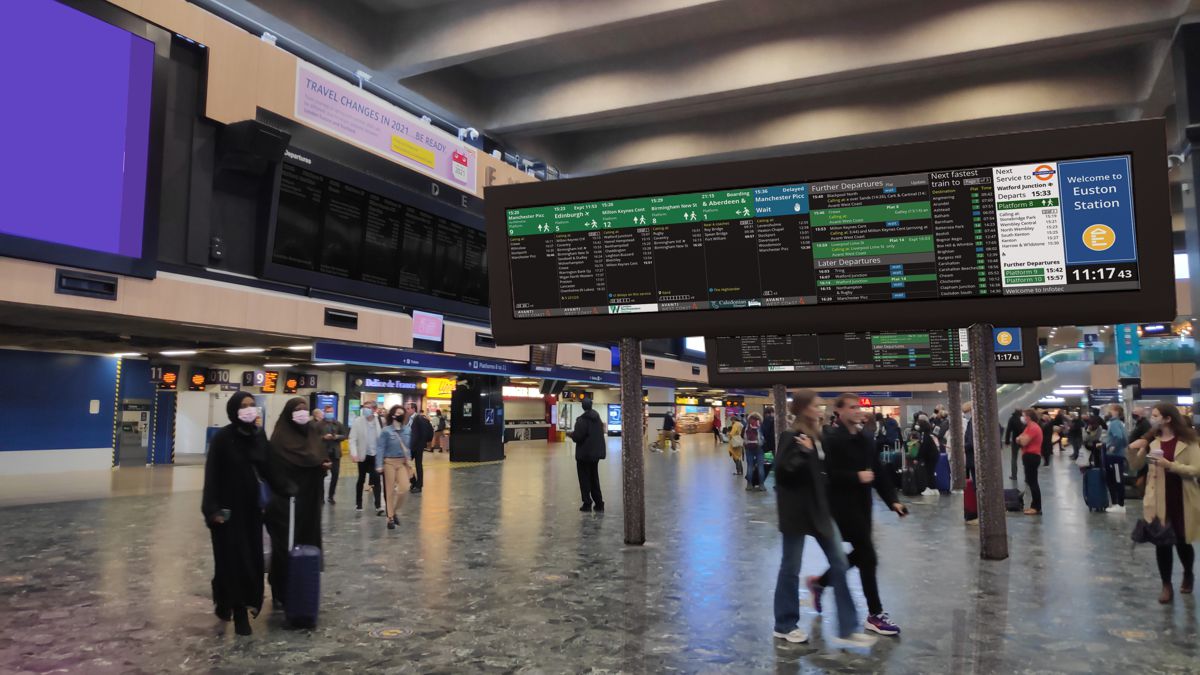 The new screens are clearer to read, and information can be quickly changed in times of disruption.

They also work on a traffic light system to give more information about when trains are ready to board, are delayed or are cancelled.

They will eventually replace the outdated LED departure and arrivals boards which are over two decades old.

Similar screens have already been installed in stations including Manchester Piccadilly and London Victoria stations where passengers have praised how easy they are to read and follow.

Once the trials are complete the old boards will be decommissioned and removed. 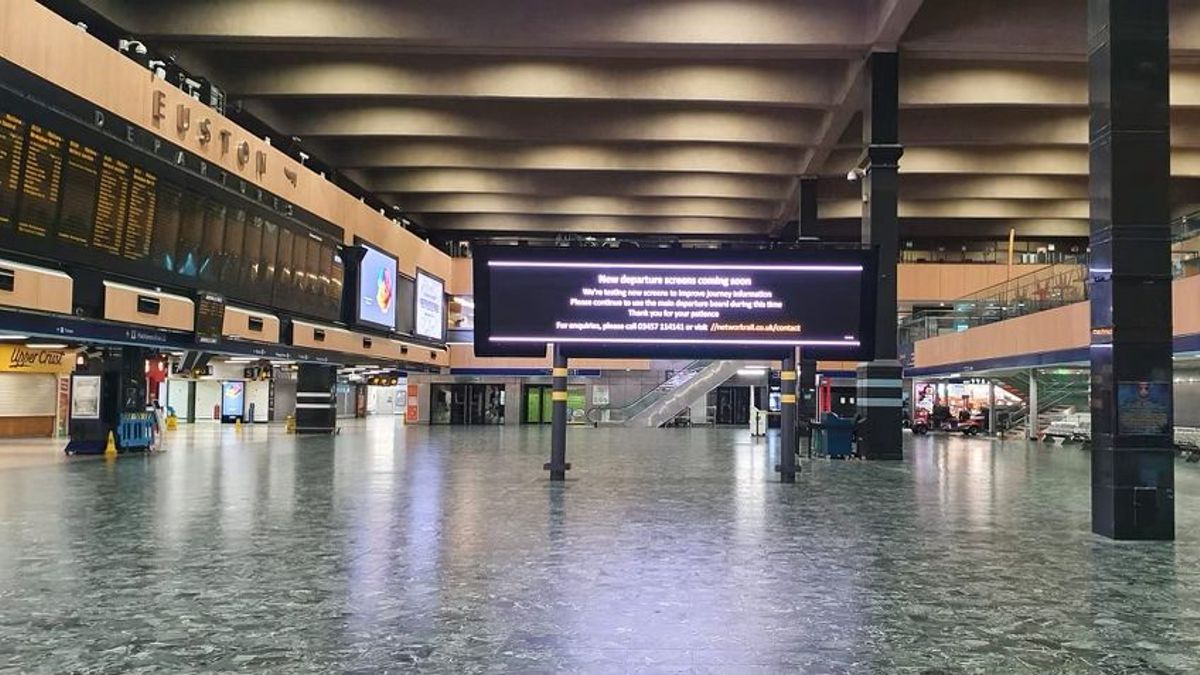 This work is the next phase of improvements to passenger flow around the station in recent years, including:

Further banks of the same electronic passenger information screens are also due to be put up outside of the station on the piazza in early 2023.

The new departure boards are part of a wider £16m investment into Euston station so it meets the needs of 21st century travel patterns.

0 0 0
Previous : RWO opens new Geotechnical Department
Next : What is being done to improve Motorway Air Quality