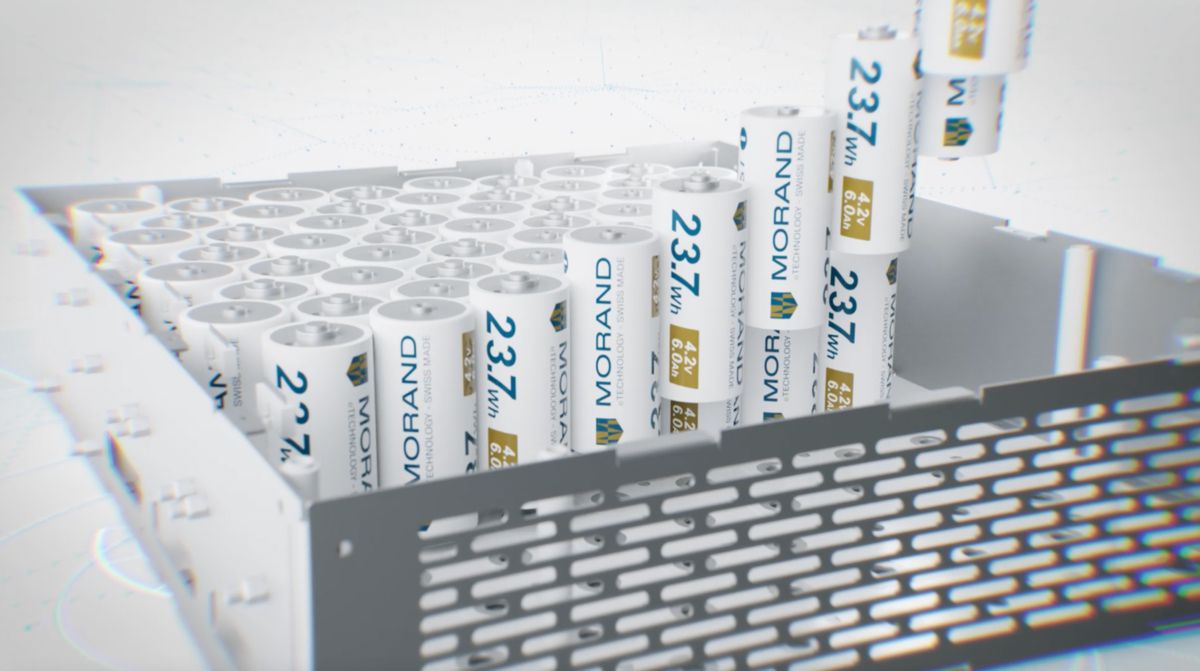 Swiss technology start-up Morand has launched a breakthrough energy storage technology, Morand eTechnology, that can recharge a city car in 72 seconds. The unique hybrid system combines the characteristics of an ultracapacitor with that of a chemical battery to create a durable and ultra-fast energy pack that can be usefully recharged in seconds.

Morand eTechnology is ideal for applications that require fast, semi-frequent charges of around 5 minutes or less. This opens up the possibility for countless applications, from city cars and drones to e-bikes and e-scooters, robotics, aggrotech, defence, rail locomotives, and more. Wherever there is the requirement for rapid recharging and discharging, eTechnology provides a step-change in capability.

The eTechnology packs use innovative hybrid ultracapacitors (HUC) cells from Sech SA as part of an exclusive partnership. These cells are used in combination with advanced controllers to safely achieve eTechnology’s exceptionally high levels of performance. Independent testing by Geo Technology has conclusively demonstrated the ability of Morand eTechnology to recharge a 7.2kWh test unit in 120 s (98% charging) at up to 900A / 360 kW. 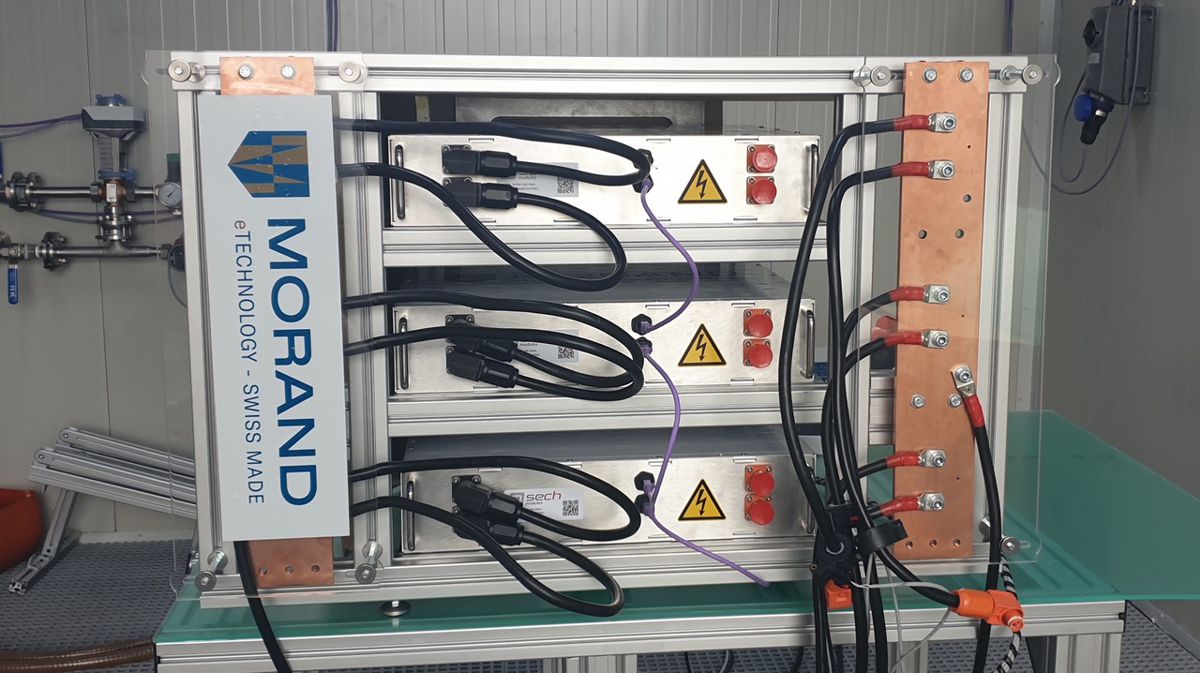 While there are numerous technologies that can charge and discharge rapidly, they are almost always limited by the number of cycles they can perform before capacity degradation. Morand’s eTechnology does so with much greater durability than other systems. Testing has demonstrated its ability to complete more than 50,000 cycles, with the longest-running test unit now approaching 70,000 cycles.

Unlike conventional lithium-ion battery packs, eTechnology has significantly less reliance on materials like lithium and cobalt. While some lithium is used, it is primarily comprised of aluminium, graphene and carbon. A key part of Morand’s offering is its fire protection system which is already market-leading and undergoing further development.

As the design and engineering office behind the technology, Morand is working with a production partner to manufacture the units. Although production volumes are currently relatively low when compared to lithium-ion cells, expansive plans to ramp up production are already in place. This will help to bring eTechnology closer to price parity with lithium-ion solutions. Another important consideration is the total lifecycle of the storage system. With 5 or 10 times the number of possible discharge cycles, long-term operational costs may be substantially lower than an equivalent lithium-ion system. 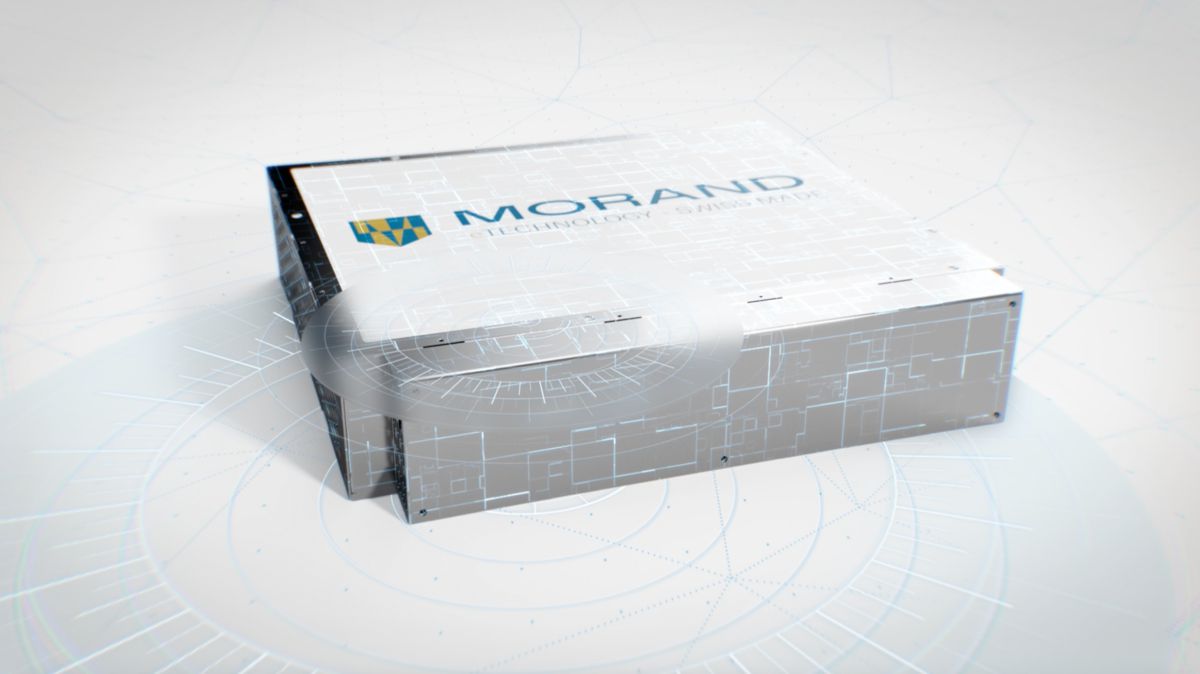 As part of the company’s efforts to scale eTechnology production, Morand is actively seeking additional investment. As part of this, the company is open to collaborators seeking to adapt eTechnology to specific or niche applications that would benefit from its innovations and advances in energy storage capability.

Benoît Morand, Founder and Managing Director, commented: “This is an incredible breakthrough in energy storage systems that has the potential to revolutionise multiple industries and greatly advance a number of mobility businesses. With much faster recharging, new possibilities are opened across the spectrum of transport, devices and activities. I believe that eTechnology will soon find extensive adoption as the go-to solution for certain applications. With extreme durability and astonishingly fast charge times, our patented eTechnology has a vast number of possible applications.

“While many such technologies are announced and go no further, we are launching eTechnology with working systems in action today. Our testing and development programme has been extensive, but we have also verified our claims with independent testing. We are now focussing on scaling with our production partner, seeking additional investment and finalising agreements for a number of key applications, including drones and e-bikes. This is a very exciting new chapter for Morand and our talented team.”