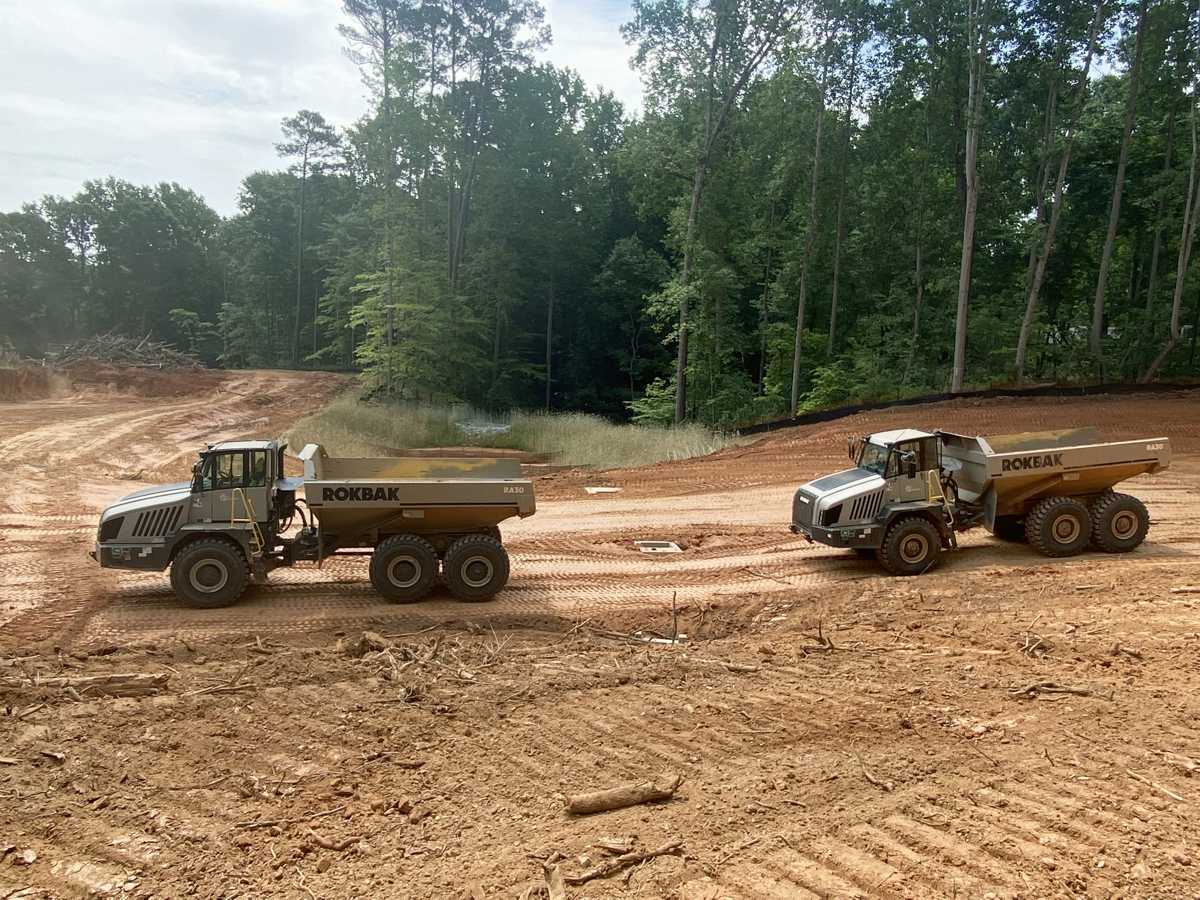 Few outfits understand the ‘time is money’ concept better than North Carolina’s Donaldson Grading. And with their ability to make light work of boggy site conditions that have hamstrung other haulers, a pair of the company’s latest RA30s is rapidly accelerating work on a local housing development.

As someone with a large stake in a racing team that participated in the Million Dollar Race at Elora Speedway in Ohio, Charles Donaldson clearly recognises the ideal mix of horsepower, torque and traction when he sees it. After all, in his day job as the owner of Denver, North Carolina contracting firm Donaldson Grading, he oversees a fleet of 14 articulated haulers – and over recent years has embarked on the process of replacing those from other manufacturers with more productive and reliable models built in Motherwell, Scotland. 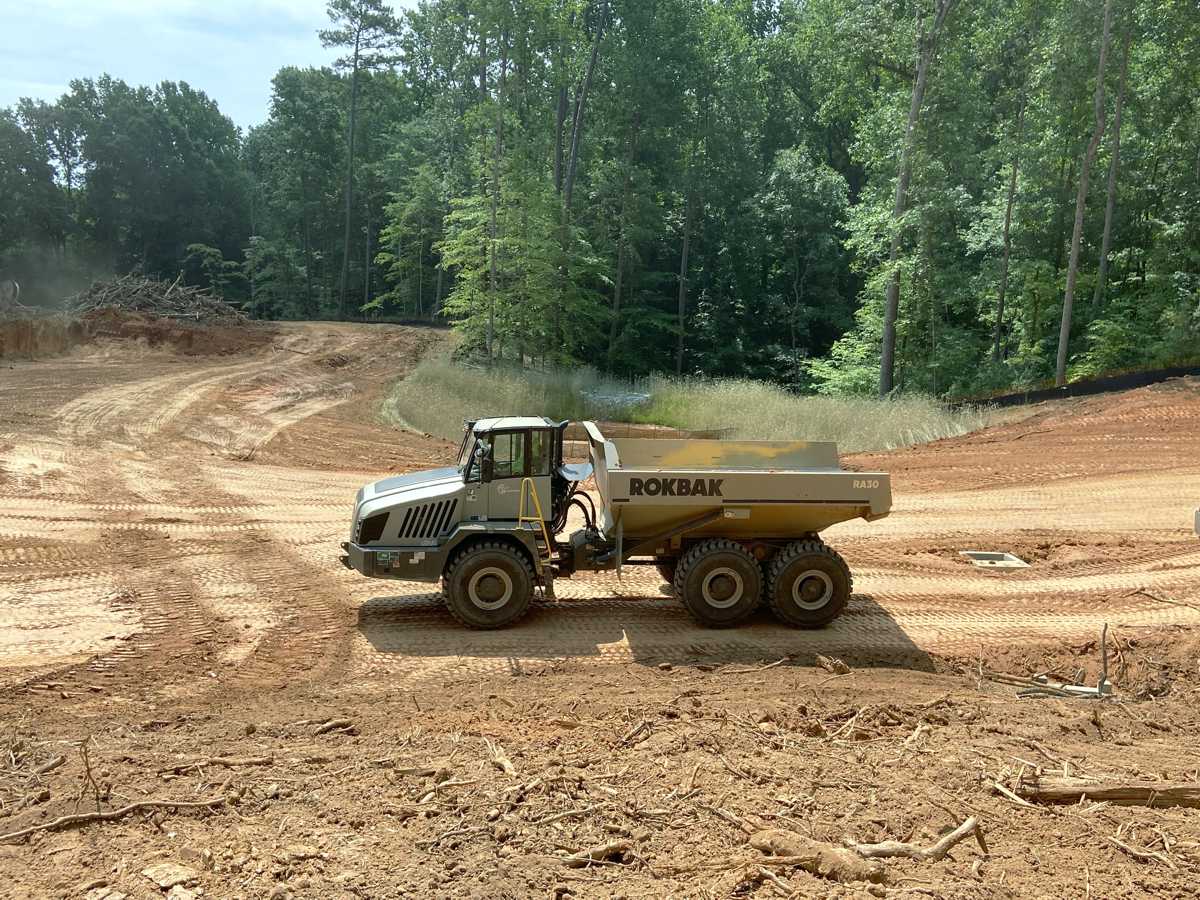 As of today, he now owns three Rokbak RA30s – with another expected imminently – and seven Terex Trucks TA300s.

Two of those newly acquired RA30s were dispatched to perform clearance duties at a housing project in Belmont, Gaston County, just 13 miles west of Charlotte. The haulers are busy transporting dirt, debris and vegetation as the land is levelled in readiness for construction of 86 three and four-bedroom properties at the Rivermist site.

Located relatively close to the western bank of the Catawba River, it’s not unusual for the site to be boggy in places, making operating conditions potentially tricky – but that doesn’t apply to the Rokbaks, says Charles. “They are really strong in wet conditions – other brands sink into this clay and dirt but the RA30s have no issues, even on standard tyres.” 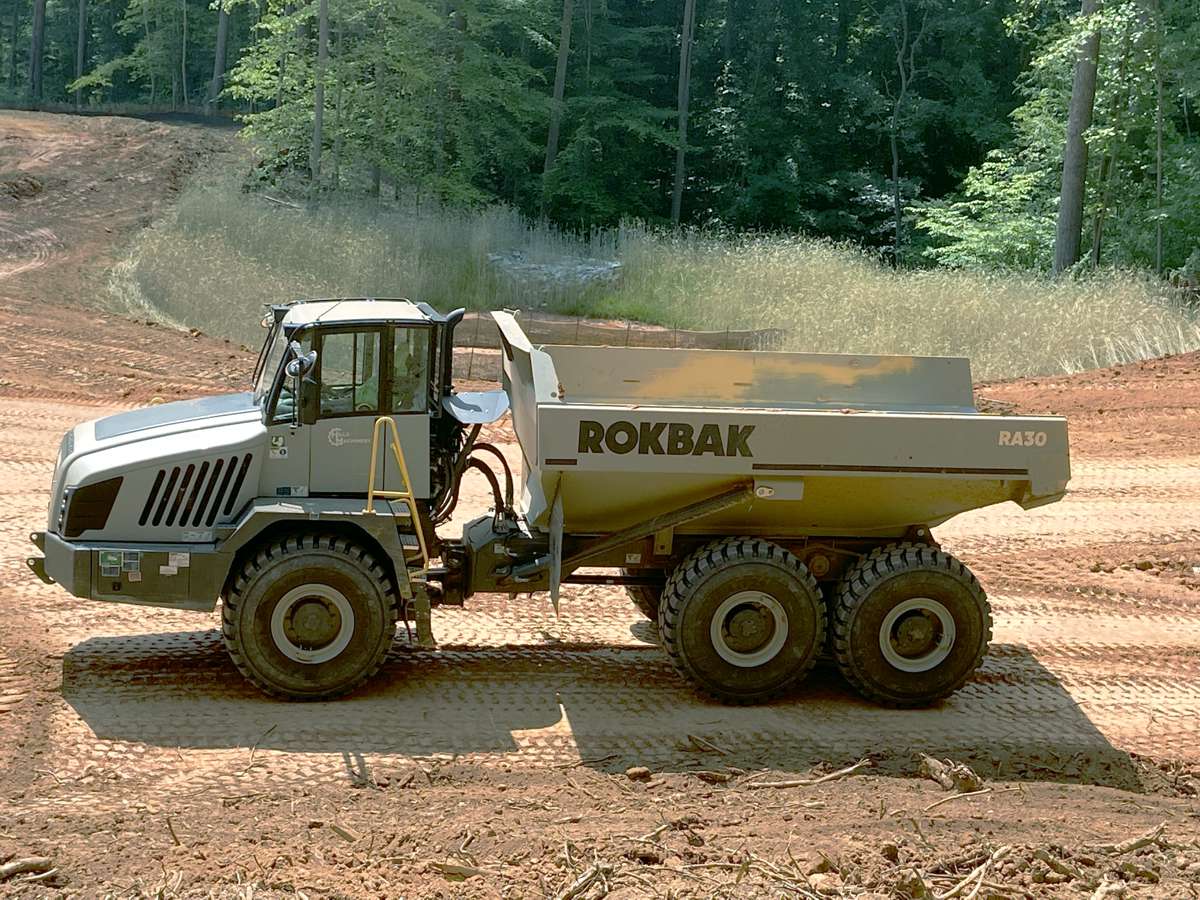 Praise for the Rokbak design

“Our operators love the gearing and diff lock actuation because they’re always in control rather than a computer,” says Donaldson Grading’s onsite general superintendent Chris Preston. “In wet conditions, you really need to be able to do this manually. It is such a great design, Rokbak should keep it forever.”

Simplicity is key to this user-friendly feature, which incorporates electable hydraulically actuated multiplate inter-axle and cross-axle differential locks across all three heavy-duty axles. This enables operators themselves to decide whenever 100% cross-axle lock-up is required to maintain momentum over the most challenging terrain.

Incorporating drivetrain gear reduction and manual over-ride function, the 8F/4R-gear transmission may not have provided Donaldson with any quarter-mile trophies, but nevertheless enables an impressive and productivity-enhancing top speed of 55 km/h (34.1 mph). This perfect mix of effective gearing, plus optimised weight distribution and the fuel-efficient Scania DC9 5-cylinder engine producing 276 kW (370 hp) and 1880 Nm (1387 lbf ft) of torque at 1,400 rpm all means just one thing – Rokbak haulers can move more loads more quickly. 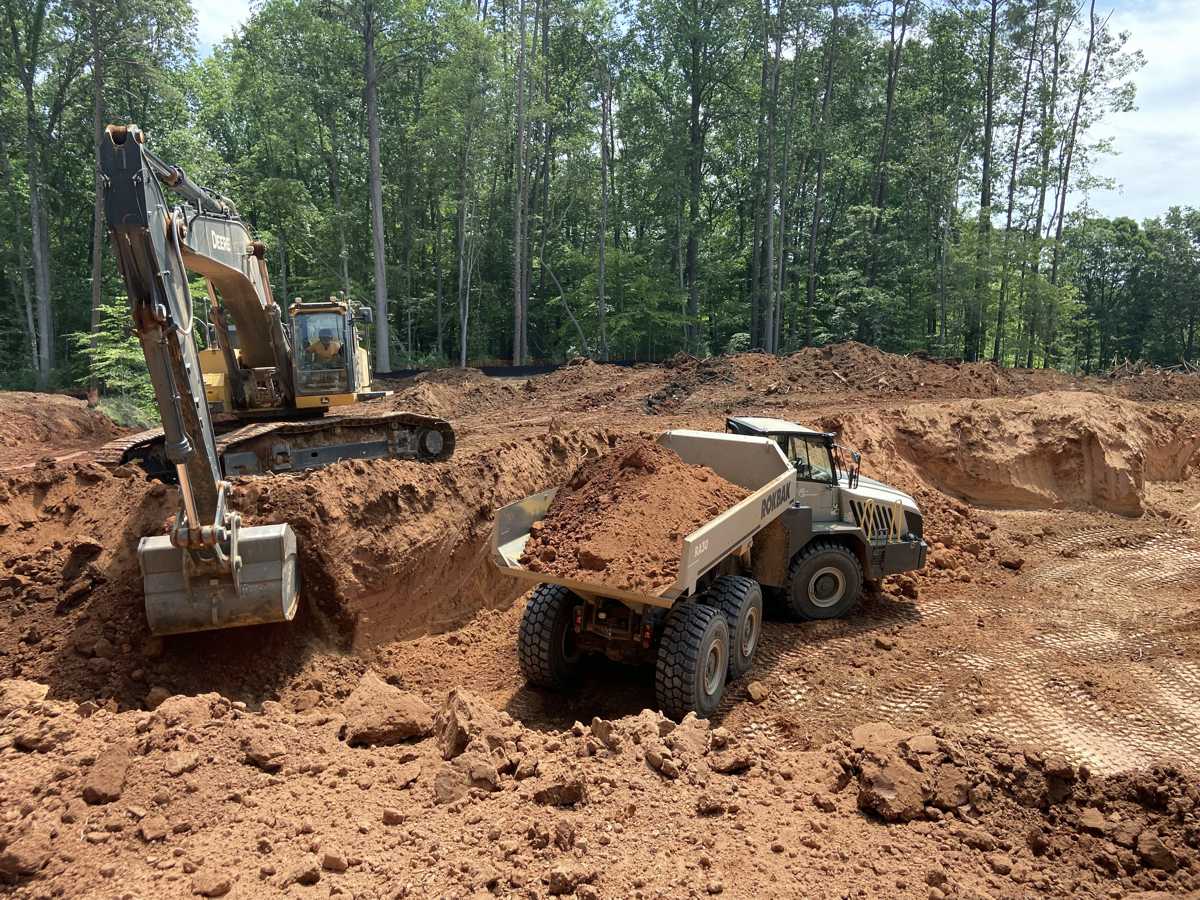 Top performance from the RA30

Charles Donaldson drives his articulated haulers hard – each Rokbak RA30 at the Rivermist site will typically work for 10 hours a day, six days per week, putting his 900 horsepower dirt late models in the shade. The two machines that arrived in February have already accumulated over 1,500 hours between them.

“We’ve been delighted with how well the Rokbak haulers have been performing – there’s been zero issues with them; they just work and work,” concludes Charles. “They’re solid machines, with superb, quiet cabs, and they look great as well. And we all love the new colour too – it’s awesome.”

The new ‘sand’ colour scheme and quiet performance may be worlds away from the full-on assault-on-the-senses styling, graphics and noise associated with your typical dirt track, but Rokbak’s articulated haulers do share one similarity with Donaldson’s race cars. Moving a vehicle from Point A to Point B in the shortest possible time can make all the difference to your bottom line. A million dollars might not always be at stake when you’re earthmoving, but time is money!