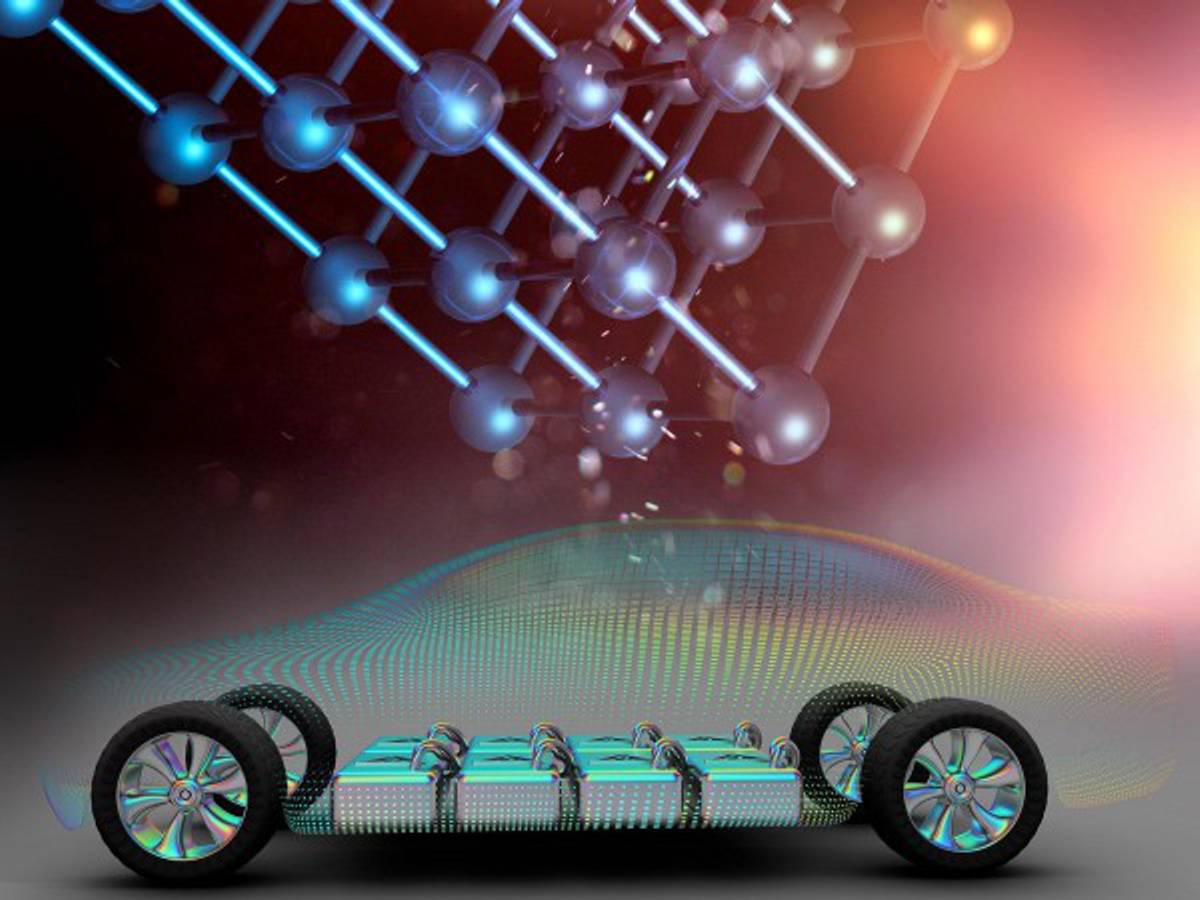 How can studying metals manufacturing lead to longer-lasting batteries and lighter vehicles? It all comes down to physics.

Researchers at Pacific Northwest National Laboratory (PNNL) are investigating the effects of physical forces on metals by taking a direct look at atomic-level changes in metals undergoing shear deformation.

The forces applied during shear deformation to change a metal’s shape also rearrange its atoms, but not in the same way for every metal or alloy. Atomic arrangement can affect metal properties like strength, formability, and conductivity—so better understanding how atoms move during shear is a key part of ongoing efforts to custom design next-generation metals with specific properties from the atom up.

These visualizations form the foundation for understanding how shear deformation creates the improved characteristics observed in metals produced using Shear Assisted Processing and Extrusion (ShAPE™), a PNNL innovation in metals manufacturing. During ShAPE™ manufacturing, metals are processed using shear forces to produce high-performance metal alloys for use in vehicles and other applications.

“If we understand what happens to metals on an atomic level during shear deformation, we can use that knowledge to improve countless other applications where metals experience those same forces—from improving battery life to designing metals with specific properties, like lighter, stronger alloys for more efficient vehicles,” said Chongmin Wang, PNNL Laboratory fellow and leader of the research team studying the forces of induced shear deformation.

Physical forces are universal. The forces that are purposefully applied during metals manufacturing to create alloys are the same forces that can damage structures inside batteries to cause eventual failure. Researchers also know that shear deformation can fundamentally alter the microstructure of metals in ways that can actually improve the material—making metals stronger, lighter, and more flexible. But how that happens is still a mystery.

“If you were to snap a picture of a track runner at the start and end of their run, you might think they didn’t move at all,” explained Arun Devaraj, PNNL materials scientist. “But if you film the runner while they are going around the track, you’ll know just how far they travelled. It’s the same here. If we understand exactly what happens to metals on the atomic level during shear deformation, we could apply that knowledge strategically to design materials with specific properties.”

To watch how shear deformation rearranges metal atoms, researchers used a specialized probe inside a transmission electron microscope at PNNL, which is among only a handful of laboratories with this capability in the world. The research team used the microscope to record how individual rows of atoms within metals moved during shear deformation. They started by looking at gold—the standard because it is easiest to visualize on an atomic level.

When researchers watched gold undergoing shear, they saw that crystals of gold were divided into smaller grains. They noticed that natural defects in the arrangement of gold atoms changed how shear deformation moved the atoms. This is useful information because defects are common in metals during deformation, but don’t behave the same in all metals—which can directly affect metal properties.

“The defects in crystal, grain size and microstructure in a metal can affect the metal’s characteristics, like strength and toughness. That’s why it’s important to understand how shear deformation moves metal atoms around and affects the overall microstructure of the metal,” said Shuang Li, PNNL postdoc and the first author on three studies sharing these results.

The information gained from studying how these forces affect metals during controlled manufacturing processes can be directly translated and applied wherever metal experiences the same physical forces. For example, the atomic-level visualization capability at PNNL is also useful for understanding how materials used in extreme conditions (e.g., nuclear reactors) or clean energy applications (e.g., hydrogen transmission lines and storage tanks) will respond to external stresses. Longer lasting batteries, lighter alloys for more efficient vehicles, and custom design of next-generation metals with improved strength and conductivity could all be possible by better understanding the atomic physics of metals manufacturing.

This work was supported by the Laboratory Directed Research and Development program at PNNL as part of the Solid Phase Processing Science Initiative. A portion of this research was performed using facilities at EMSL, the Environmental Molecular Sciences Laboratory, a national scientific user facility sponsored by the Department of Energy, Office of Science, Biological and Environmental Research program and located at PNNL.