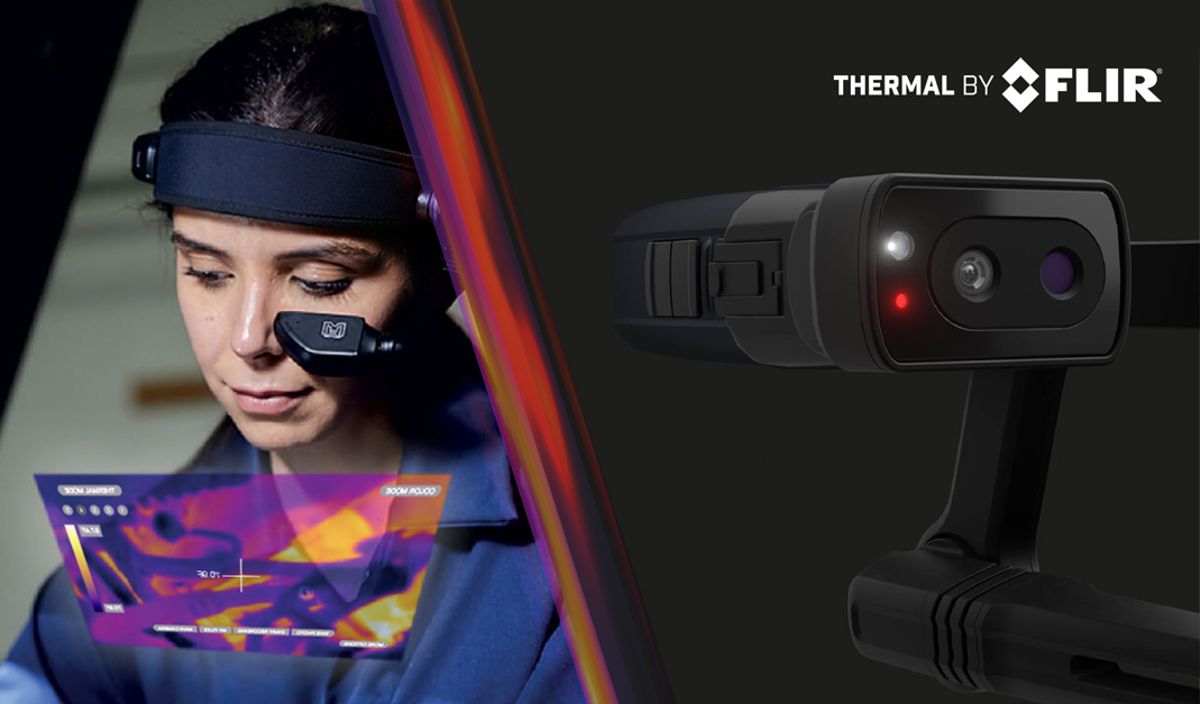 Thermal By FLIR Program expands with Wearable and Mobile Handsets

Thermal By FLIR Program expands with Wearable and Mobile Handsets

The thermal camera module for the RealWear Navigator™ 500 headset empowers frontline workers to capture high-resolution visible and thermal images to quickly locate temperature anomalies in mission-critical industrial equipment. It marks the first commercially available system where the Lepton 3.5 thermal camera module is deployed as a wearable for assisted reality diagnostics.

With the module mounted to the device, the user only needs to say voice commands—even in high noise settings up to 100dBa—to change settings and modes and to capture thermal imagery.

“Empowering industrial frontline workers to capture thermal imaging data while being hands-free in hazardous environments gives workers a new superpower to complete tasks safely and productively,” said Rama Oruganti, chief product officer, RealWear. “Working through the Thermal by FLIR program not only enabled us to create the system faster with lower cost, but it also drove significant market opportunity.”

The integration of Lepton into mobile devices, other tech accessories, and wearables has propelled the camera module to become the most widely adopted thermal imaging platform in history.

There are more than three million Lepton units built into a variety of products in the manufacturing, security, defense, IoT, and consumer-technology industries.

Thermal by FLIR begins with development support from the application engineering team to assist partner organizations in optimizing the performance of the respective thermal camera systems.