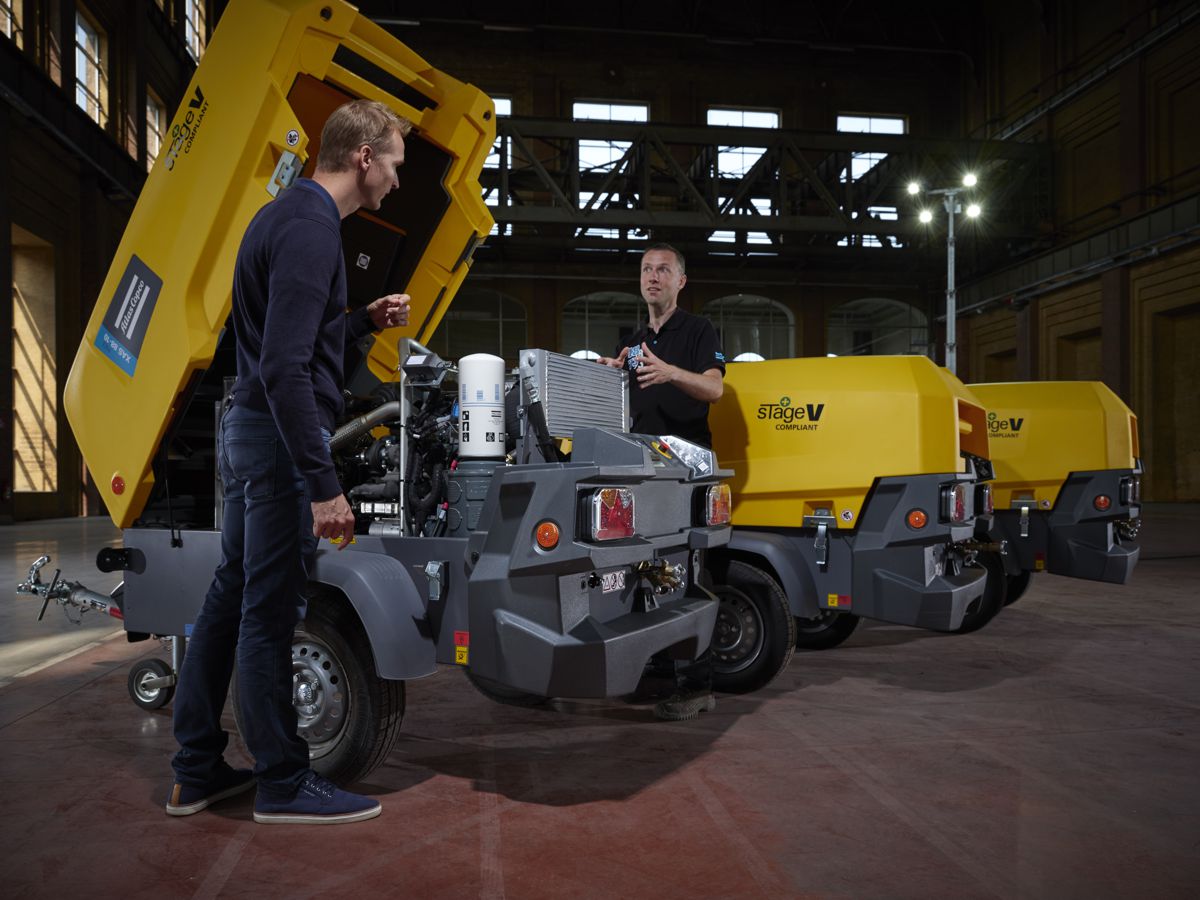 Regulating Systems in a Portable Compressor

Regulating Systems in a Portable Compressor

Why are regulation systems so vital in a portable compressor, and how do they differ to those suitable for a stationary machine? Guy Laps, Technology and Innovation Manager at Atlas Copco, explains:

“Integrated within a compressor are systems that play an essential role in regulating the machine’s flow, pressure, power and speed to name a few. The equipment keeps a compressor – and thus an overall project – running optimally, without any setbacks.

“The regulating systems offered by Atlas Copco are designed to afford efficient operation and high performance, while helping to avoid any unnecessary running costs for the user. But before we look at the specifics in closer detail, it is vital to clarify that the systems in place for a portable compressor can differ a lot from its stationary counterpart.”

“Stationary compressors are – by definition – immobilised, and typically remain in a factory or allocated compressor room. They feed compressed air into multiple destinations/tools, which is first routed through a piping system with a large buffer in place. Some use a simple ‘on-off’ regulating system, meaning once the desired level of pressure has been achieved the system will shut off or go into ‘no-load’ state (idle without producing air). It will remain this way until the pressure in the system drops below a threshold, or air demand increases.

“For mobile compressors however, the requirements greatly differ. They typically feed a single application; have one user; and a much smaller buffer compared to the stationary application. Mobile machines can have an extremely varied demand in air, and therefore require regulating systems that can cope with such variations.” 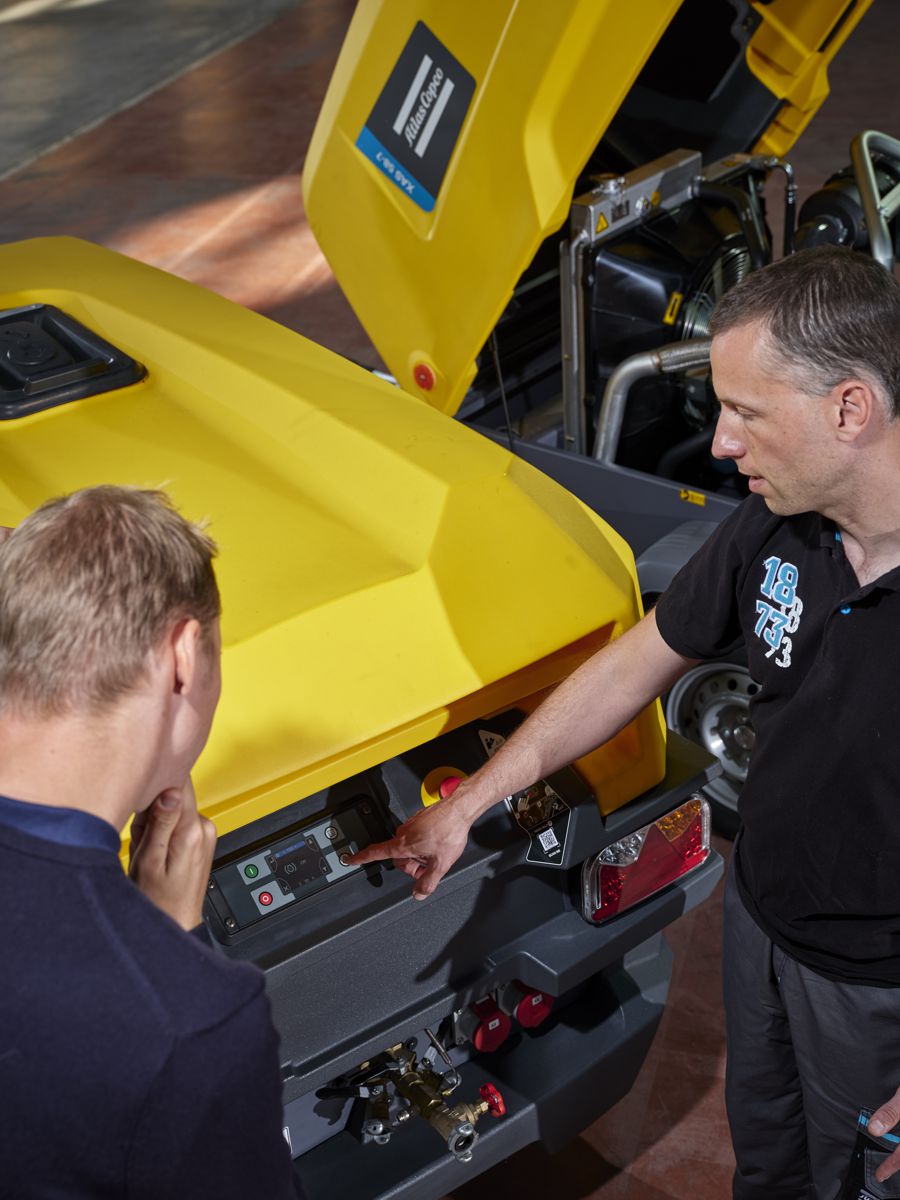 “Having a regulating system that can efficiently react on fluctuations will lead to meaningful energy and cost savings. Thanks to its state-of-the-art Variable Speed Drive (VSD) technology, Atlas Copco’s mobile compressors adjust their operating speed in order to match air production to demand in real-time.

“The VSD technology uses a combination of two regulation parameters: first is speed regulation, which is the most efficient means to control air demand; and second is ‘throttling’ – closing the air inlet of the compressor element – which is less efficient. Atlas Copco VSD compressors always prioritise speed regulation, and only use ‘throttling’ when it is no longer possible to go down in engine or electric motor speed, in order to adjust the final percentage of required capacity.

“Fixed speed compressors, on the other hand, are incapable of adjusting their speed. They can only operate at full capacity and are obliged to control air demand via the inefficient ‘throttling’ process. Using this type for operations where demand for compressed air fluctuates will lead to a significant amount of energy being consumed and wasted when compared to a VSD machine.

“Fixed speed may be suitable for applications where demand variation is minimal, but this is most often not the case with mobile compressors. Being able to match the speed of the mobile machine’s element with the required flow is vital. Atlas Copco was first to offer this ability in portable compressors, and to this day our VSD technology continues to offer unparalleled efficiency, unmatched reliability, and future-proof connectivity.”

“Mobile compressors can also suffer from pressure drops or overshoots. If a pressure drop happens mid-application – while drilling, for example – it can demobilise the tool being powered and halt operations. At the other end of the scale, overshoots can lead to the opening of the safety valve, resulting in a sudden and extremely loud, uncomfortable noise that can hinder both workers and bystanders.

“Atlas Copco’s expertly designed mechanical and electronic speed regulation systems, AirXpert and Pace technology, make it possible for the operator to define the pressure while the machine automatically regulates the flow. These innovative technologies will stop fluctuations in their tracks, resulting in a stable and highly efficient compressed air output.”

“Ultimately, an efficient, versatile and reliable regulation system works wonders in mobile compressor applications. They help save energy, lowers noise and avoids unnecessary running costs – ensuring the user can get the most out of their compressor and project.”

0 0 0
Previous : Digger Girl signs up as a Brand Ambassador for Hyundai CEE in 2023
Next : Iteris wins $2.8m I-10 Express Lane Initiative in California