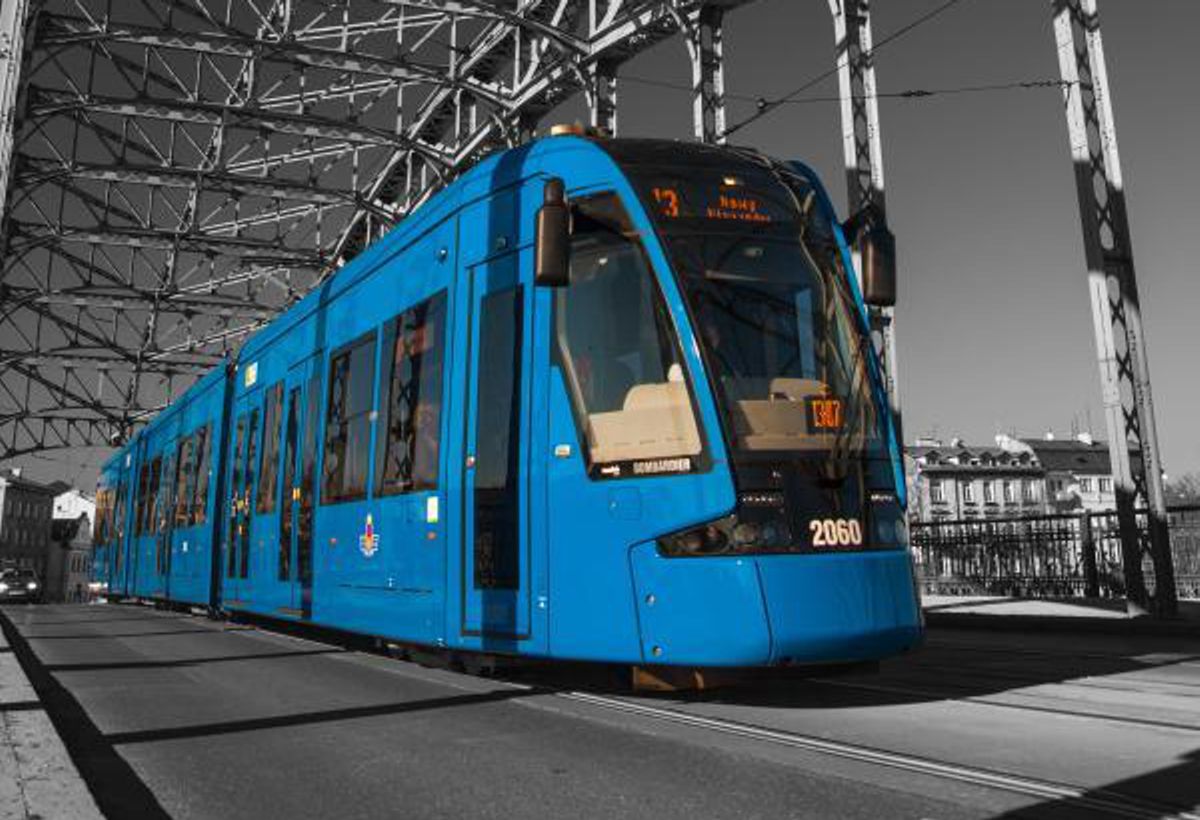 The European Investment Bank (EIB) and the City of Krakow are expanding their long-term cooperation, this time with a public-private partnership (PPP).

The financing agreement for PLN 180 million will help fund the construction of a new tram line connecting the city centre with the Mistrzejowice terminus. Sustainable development of environmentally friendly public transport is of strategic importance for Krakow, and part of the funding will come from the European Fund for Strategic Investments.

This is the first investment in Poland’s urban transport sector implemented as a PPP, which opens up new financing opportunities for local Polish government. The PPP agreement was signed between the City of Krakow (a public entity) and a consortium of PPP Solutions Polska and Gülermak Ağir Sanayi Inşaat Ve Taahhüt. It encompasses obligations to secure financing, design and build a tram line, and assume responsibility for its maintenance for 20 years.

The new tram line will connect residential districts in the northern part of Krakow with the city centre, making commuting into the city faster and easier. The total project route is 4.45 km, and includes nine new tram stops (two of which are underground) and the reconstruction of the existing Mistrzejowice terminus. It is perfectly aligned with the City of Krakow’s development strategy, which plans on a gradual reduction of car traffic in the city centre in favour of alternative transport options.

Krakow, the capital of Malopolska — one of Poland’s cohesion regions — has been developing rapidly for years, and is a very attractive city for tourists and businesses alike. Modernising and sustainably developing its public transport to reduce carbon emissions is an important action for the climate, and would mean better air quality and quality of life for locals.

Vice-President of the European Investment Bank Teresa Czerwińska, said: “The EIB is proud to strengthen its cooperation with Krakow — we believe this will result in further dynamic development of the city. We are pleased that this PPP transaction will open up new financing opportunities for other local governments. Investments in the sustainable development of public transport are of key importance: They facilitate moving around the city, improve quality of life for residents, and have a positive impact on the climate. As the EU climate bank, the EIB is ready to continue supporting the green transformation of Polish cities and regions.”

Kemal Güleryüz, Chairman of Gülermak, added: “I strongly believe that the Krakow Tramway is a landmark project that will pave the way for a new wave of PPP projects in Poland. With this project, we’ve established a benchmark for bankable documentation that is also aligned with procurement laws in Poland. This project is of the utmost importance for the City of Krakow. Not only will it bridge two existing tram lines, but it will also increase usage of the tramway, which is a great step towards a greener transportation system. We’re proud to work with the EIB on this project, and thank them very much for the immense value they have added at this difficult time of global financial volatility and regional instability.”

“KST IV is the largest project in Poland implemented as a public-private partnership. Using a PPP structure will not only allow a 4.5 km stretch of new tram line to be built, but it will also optimise the costs of this investment. The development of public transport has undeniably been one of the most important elements of Krakow’s policy for years. The city is constantly looking for new solutions that will allow us to carry out more and more investments. One such solution that we found effective and beneficial for Krakow is the PPP model. With the support of the government, we have prepared KST IV — a project to construct a tram line to Mistrzejowice that, based on the PPP scheme, gives us both financial and qualitative benefits,” said Jacek Majchrowski, Mayor of Krakow.

Promoting cohesion has been a priority for the European Investment Bank since its creation in 1958. Over the last EU long-term budget period of 2014–2020, the EIB Group supported investments worth around €630 billion in cohesion regions (equivalent to around 16% of the European Union’s gross domestic product). In 2021 Poland was the largest beneficiary of cohesion region financing by the EIB Group, receiving a total of €4.5 billion.

The EIB is one of the world’s main financiers of climate action and environmental sustainability. As the climate bank of the European Union, it is committed to supporting the European Green Deal, helping Europe become the first carbon-neutral continent by 2050 and contributing to the achievement of the United Nations’ Sustainable Development Goals. In 2021, EIB loans supporting the green transformation of the Polish economy reached 42% of total lending (of €6.5 billion).

The European Investment Bank (EIB) finances projects in four priority areas: infrastructure, innovation, climate and environment, and small and medium-sized enterprises. Since 2019, it has committed to allocating at least 50% of its funding (by 2025) to investments that contribute to the fight against climate change.