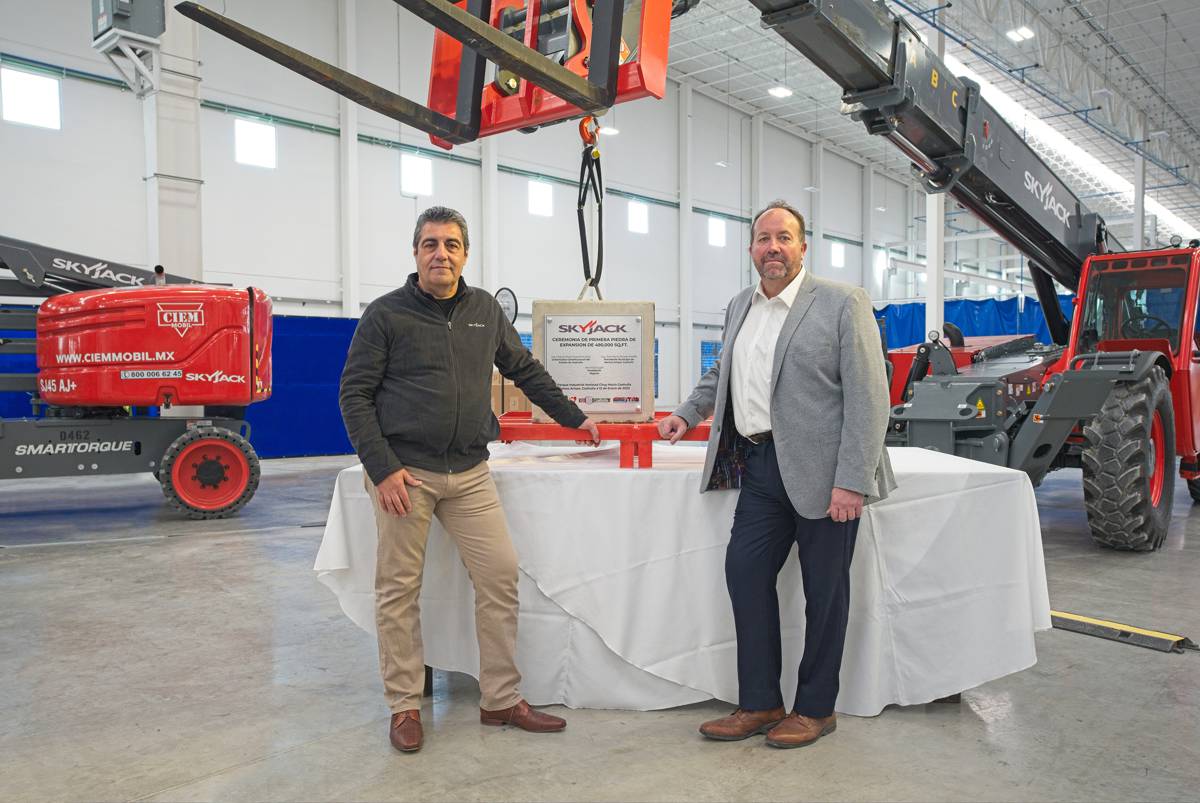 Skyjack has celebrated the opening of its new manufacturing facility in Mexico on 12 January 2023 in Ramos Arizpe, Mexico.

The ceremony was attended by Miguel Angel Riquelme Solis, Governor of Coahuila, José María Morales Padilla, Mayor of Ramos Arizpe, Mario Bres Garza, Secretary of Economy of the State of Coahuila and Ken McDougall, President of Skyjack. Mr. Solis and Mr. McDougall officially opened the new 200,000 sq ft as one of the first week’s production of telehandlers, an SJ1056 TH, delivered a ceremonial stone and plaque commemorating the official start of work on the additional 490,000 sq ft facility.

The new plant will manufacture Skyjack’s telehandler and boom range following significant changes and increases in capacity at the company’s existing Canadian plants. 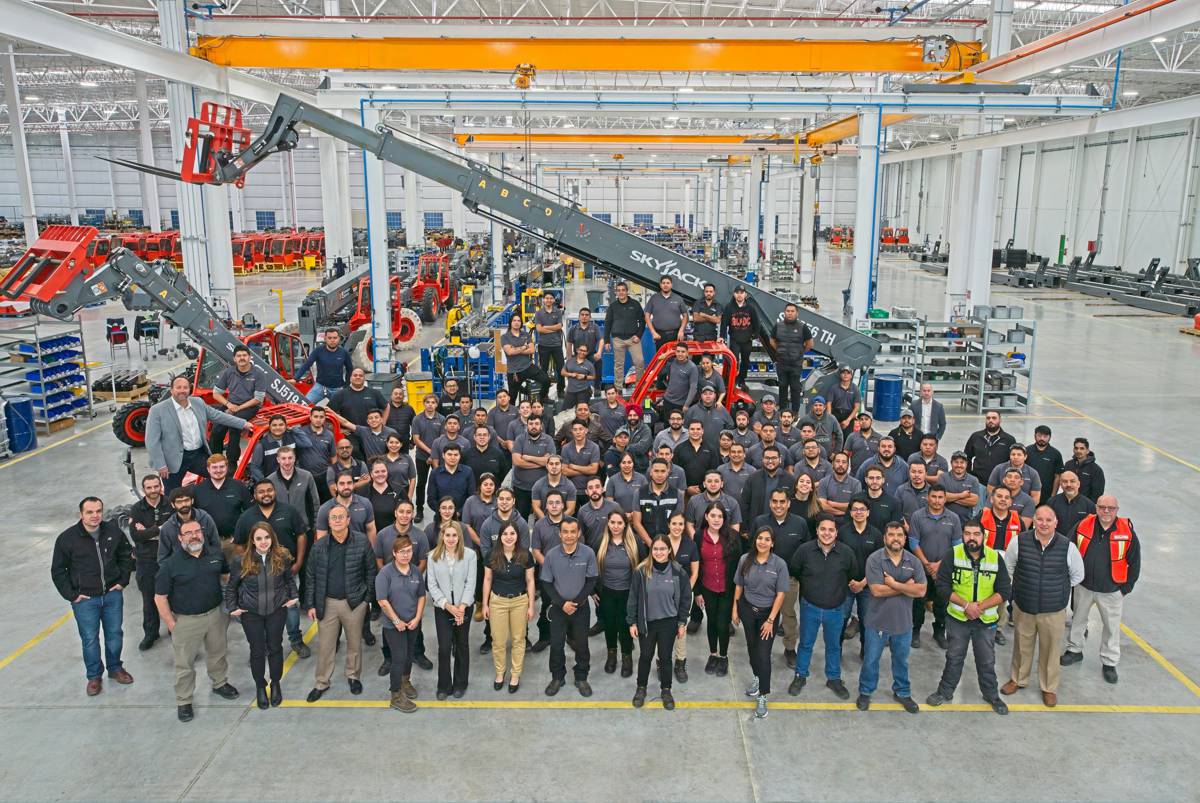 “We have been at physical and labour capacity at our Canadian facilities for some time now and we have invested heavily in vertical integration there with a focus on DC slab scissors, vertical masts, and rough terrain scissors. Moving the telehandler and boom range to the Ramos Arizpe plant will help pave the way for that Canadian based growth and allows to answer the increased demand we have for our telehandler and boom range,” McDougall noted.

Miguel Angel Riquelme Solis, Governor of Coahuila, who officially opened the facility said: “I am very pleased to be here today to open this Skyjack facility which represents an investment of $80 million and plans to employ 600 workers. I would like to highlight Skyjack’s speedy preparation and their welcome to and training of Coahuila based employees.”

McDougall added: “I would like to make a special thank you to the Coahuila State Government, The City Government of Ramos Arizpe, and the Economic Department of the State of Coahuila…all your help and consideration is much appreciated. We look forward to a long and fruitful partnership!”

Work began on the greenfield site in March 2022 and construction was conducted by Amistad®. Jesús Ma. Ramón, president of Amistad commented: “Amistad is proud to be partnering with Linamar – Skyjack in this state-of-the-art project. For over four decades we’ve been helping Global companies such as Skyjack establish and grow game-changing facilities throughout Mexico and we look forward to a long and fruitful partnership.”

In summary, McDougall, said: “Once complete the 690,000 sq ft vertically integrated facility will create an output which will represent a significant increase in unit terms when compared to Skyjack’s current (2022) global telehandler and boom capacity.”

0 0 0
Previous : Circular use of Aggregates could reduce emissions and save Europe €6B per year
Next : Autel MaxiCharger DC Compact now available worldwide