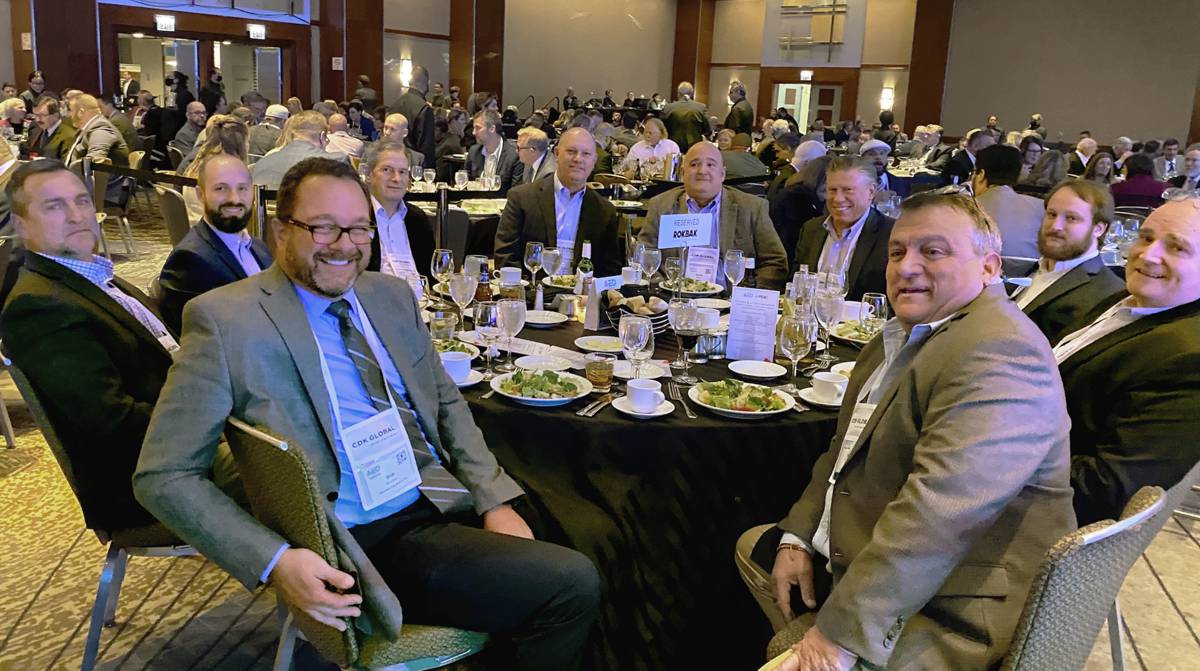 Motherwell-based Rokbak swapped one windy city in Scotland for the United States’ Windy City to meet with equipment distributors and industry experts at the Associated Equipment Distributors (AED) Summit in Chicago, Illinois.

Held in January, the event took place at the Hyatt Regency Hotel close to the banks of Lake Michigan. An annual convention designed specifically for equipment distributors that aims to advance the industry through networking, education and leadership, Rokbak’s participation at the AED Summit highlighted the articulated hauler manufacturer’s commitment to the North American market and comes ahead of the company’s attendance at CONEXPO 2023 in Las Vegas in March.

At the AED Summit the Rokbak team discussed the growing Stateside demand for the RA30 and RA40 articulated haulers after a successful 2022. During the last year, Rokbak has expanded its trusted, experienced dealer network – which has further helped the company’s machines make their mark in North America. This is something Rokbak plans to continue in 2023.

The AED Summit provided the opportunity to develop new partnerships and hold individual meetings with Rokbak’s already-established US dealers.

“The AED Summit allows dealers, manufacturers and vendors to converse with each other about what transpired in the previous year and the outlook for the future,” says Bob Brucken, Chief Operating Officer of Rokbak dealer Diamond Equipment, Inc. “The event gave the attendees from Diamond Equipment the opportunity to meet with the manufacturers we represent, including Rokbak where we had very fruitful discussions. There was an air of positivity throughout the meeting regarding the current market and the industry as a whole.”

Organised by AED – an international trade association representing companies involved in the distribution, rental and support of equipment used in construction, mining, forestry, power generation, agriculture and industrial applications – Rokbak was a silver sponsor of the event and was part of the closing dinner on January 12th.

“We’ve had a great experience at AED with positive feedback from both our current and potential new dealers,” says Robert Franklin, Rokbak’s Director of Sales – Americas. “It was an excellent chance straight into the new year to promote our products and our brand and get feedback from the North American market. We were able to engage with our current dealers and build new relationships as we look to expand our network in this important market.”

0 0 0
Previous : Otonomo to support Iteris with Traffic Intelligence Solutions
Next : JCB to unveil its smallest ever Loadall at the Executive Hire Show