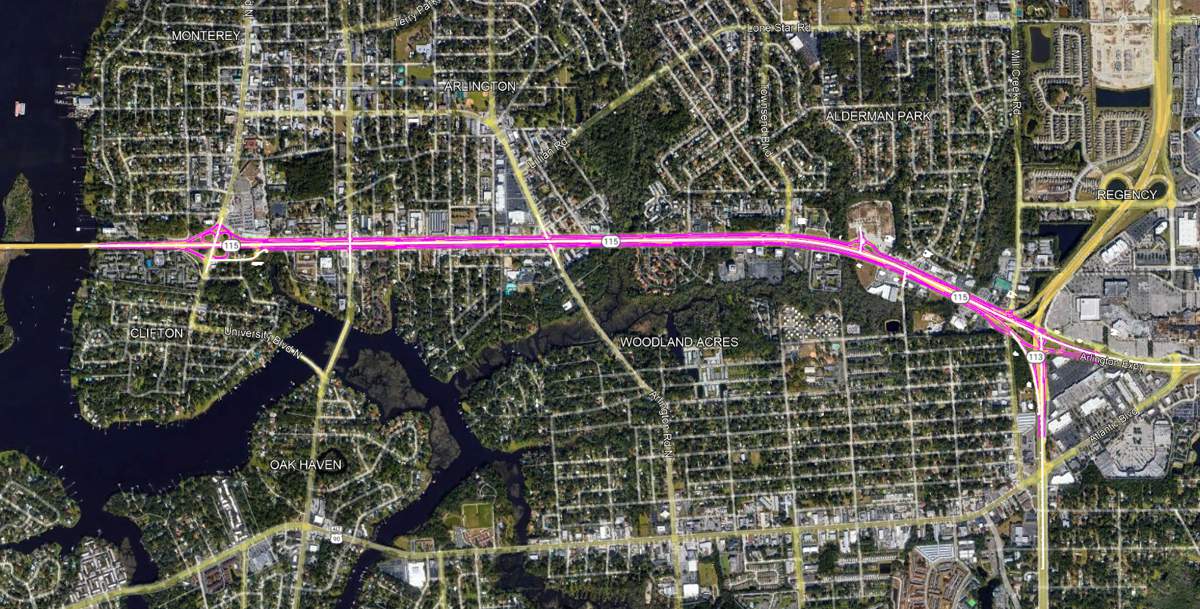 Superior Construction, an American family-owned infrastructure contractor, has been selected by the Florida Department of Transportation (FDOT) as the preferred contractor to provide significant structural upgrades to State Road 115/Arlington Expressway in Jacksonville.

The heavy civil contractor was awarded the $26 million contract to complete improvements to the bustling corridor that would not only extend the life of the aging infrastructure but give the area a much-needed facelift.

The scope of work for the Arlington Expressway project includes milling and resurfacing a seven-mile stretch of SR 115 and adjacent service roads from the Mathews Bridge to the Southside Connector.

Before that can be done, Superior will need to address infrastructure concerns FDOT previously identified to prevent future roadway degradation, including replacing bridge drain piping at the University Boulevard overpass and rehabilitating the service road bridge structure.

In addition to replacing and rehabilitating the existing drainage system, Superior will provide new shoulder treatments and safety enhancements to ensure ADA compliance. The enhanced safety features include replacing the sidewalk, guardrails, signalization and signing, along with lighting improvements.

With a planned total 450-day contract duration, the project will be completed in several phases. Superior intends to begin construction spring of 2023, with completion of the work estimated for the summer of 2024.

0 0 0
Previous : JCB to unveil its smallest ever Loadall at the Executive Hire Show
Next : Peterbilt creates new ecosystem of Connected Products with Platform Science