There was a Supermarine Spitfire surprise for passengers at London Bridge this morning as a full-scale replica Spitfire appeared in the station concourse overnight.

Network Rail has teamed up with the Imperial War Museums (IWM) to create this installation to mark the 75th anniversary of the D-Day landings during World War Two. The replica Supermarine Spitfire is usually on display at IWM Duxford in Cambridgeshire, and will be housed in London Bridge’s vast, airstrip-esque concourse until 9 June. 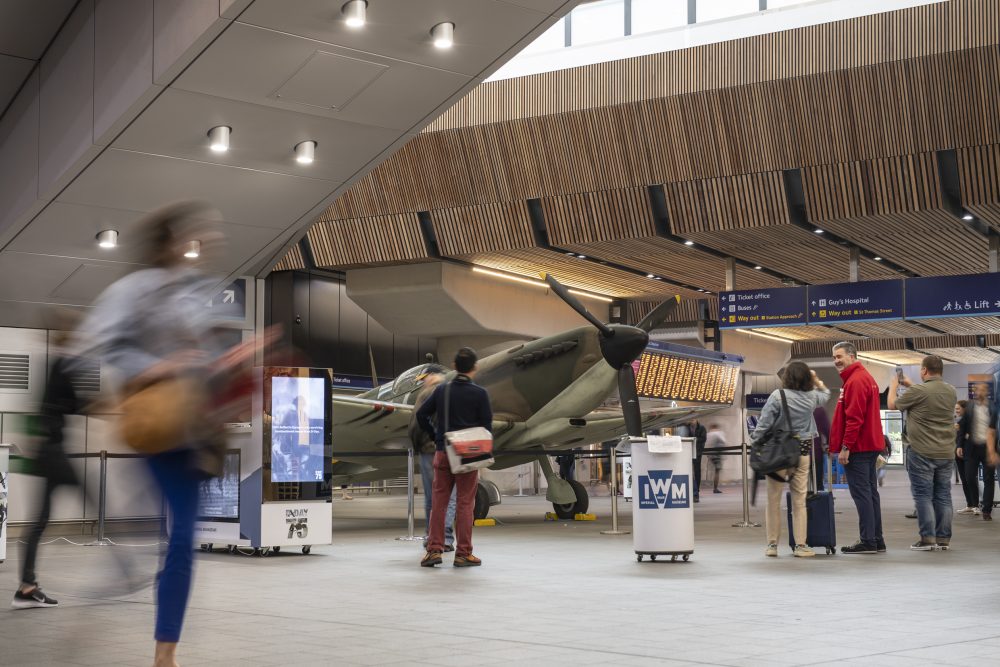 Ian Hanson, stations director for Network Rail’s South East route, said: “We’re so excited to have a full-scale replica Spitfire on display in London Bridge’s huge concourse on the 75th anniversary of the D-Day landings.

“The railway played a vital role during the Second World War, including transporting troops and equipment to the front lines ready for the D-Day operations. It’s fantastic to be able to help Imperial War Museums mark this important anniversary by hosting this Spitfire and a great surprise which we’re sure will thrill our passengers too.” 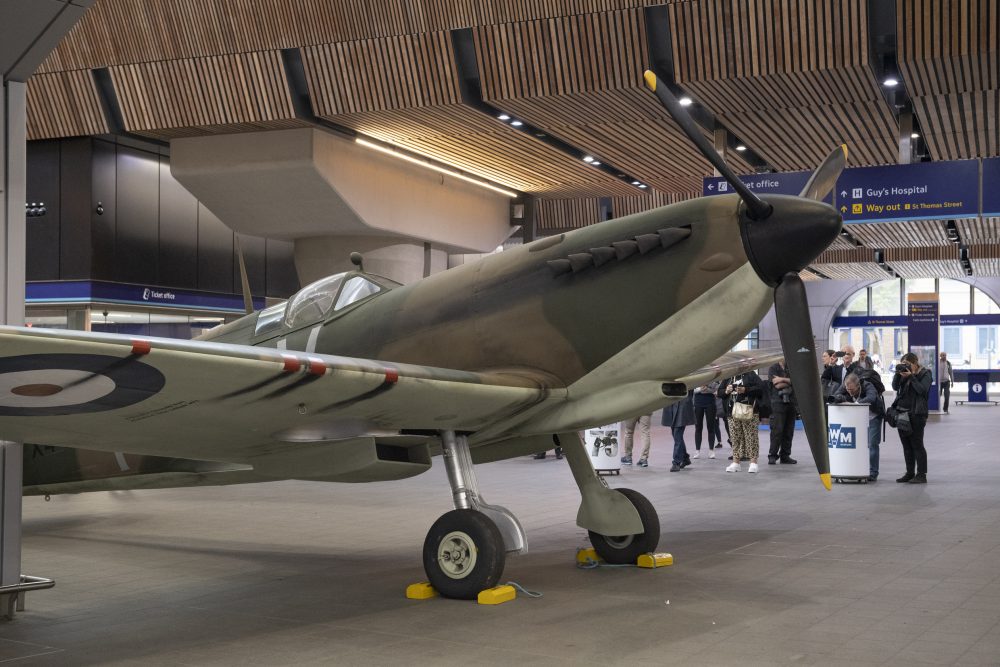 John Delaney, Head of Second World War, Imperial War Museums, added: “It is such a thrill to display our replica Spitfire in the public space of London Bridge station. This is an unprecedented and unique way to mark 75 years since D-Day and share our historic collection from IWM Duxford with a new audience.

“It is particularly fitting that the aircraft is so near to HMS Belfast, which played a significant role on D-Day, highlighting the air and sea-borne elements of the invasion to liberate Europe.” 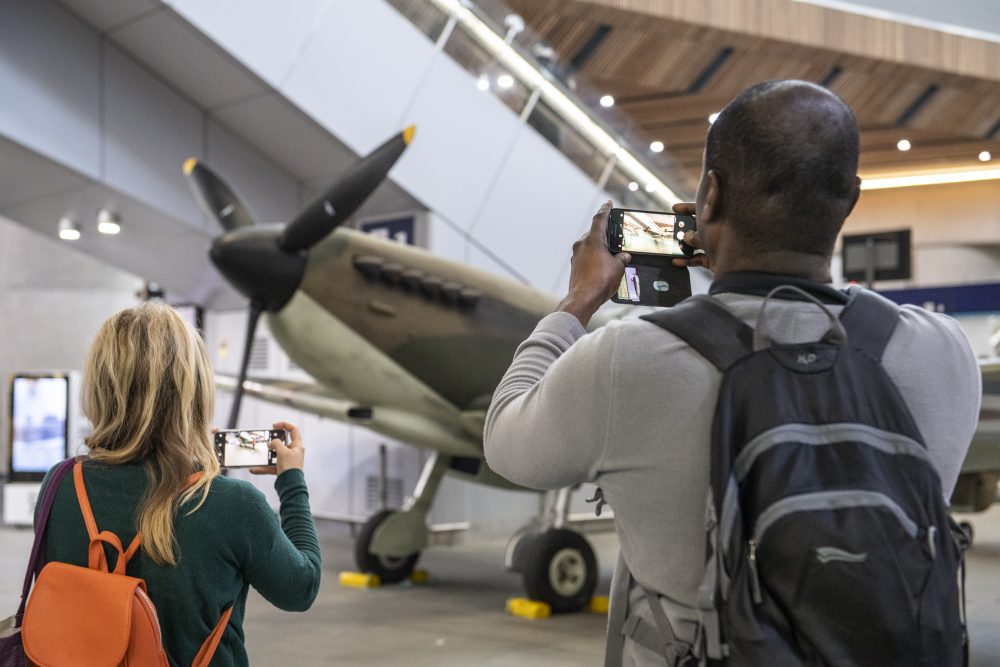 London Bridge station was chosen for the display thanks in part to its proximity to HMS Belfast, the Second World War cruiser and one of the first warships to fire on the Normandy beaches on D-Day in support of the Canadian and British troops on Juno Beach, opening fire at 5.27am on 6 June 1944.

The Southern Railway, as the operator of the railway through London Bridge was then known, made an immense contribution to the war effort, both before and after D-Day. The railway was a vital part in Britain’s military supply chain, from the crucial evacuation of civilians away from London to moving the masses of troops returning from Dunkirk back inland. The Southern Railway also maintained a civilian passenger service, continuing to run trains during blackouts despite incurring heavy bomb damage. 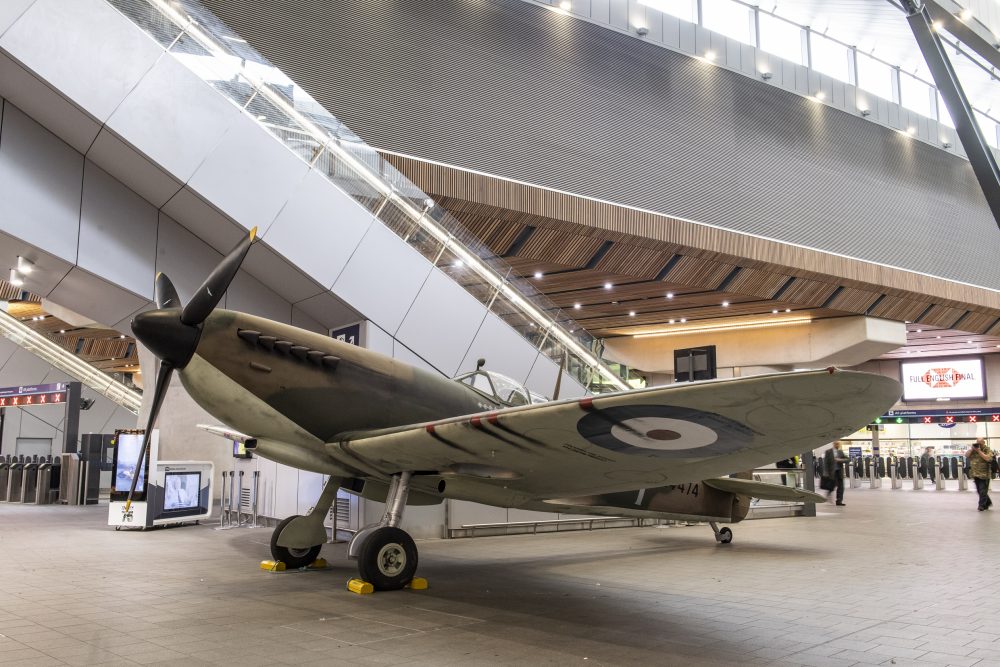 A dockyard at Southampton owned by The Southern Railway prior to the outbreak of the Second World War was also used extensively to ship large quantities of military freight and personnel over the course of the conflict and was especially busy around the time of D-Day. From D-Day to VE Day, over two and a half million British and American service personnel passed through the dockyards at Southampton. 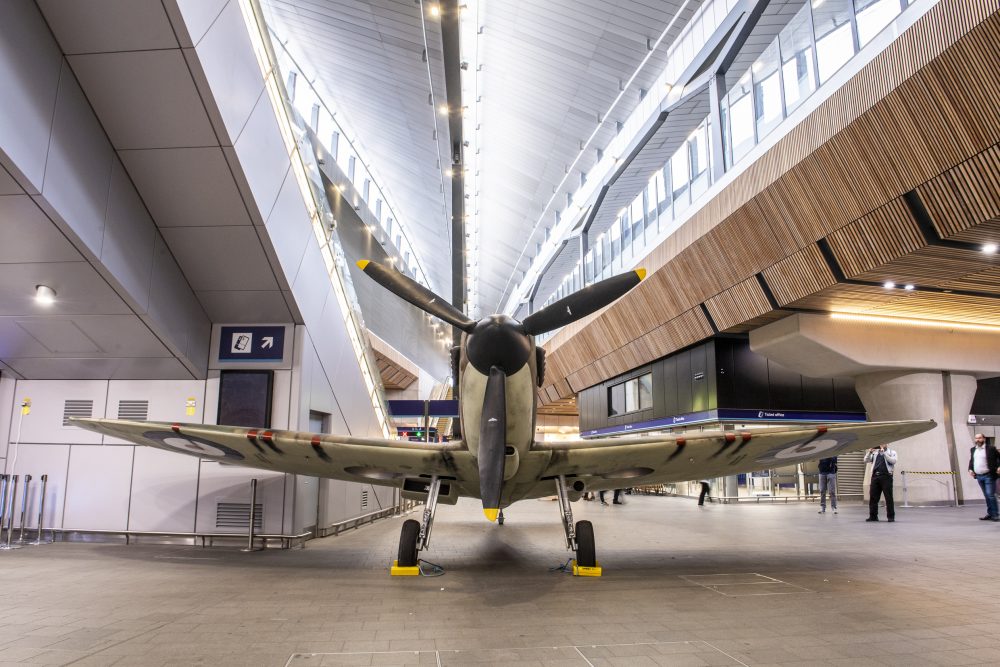 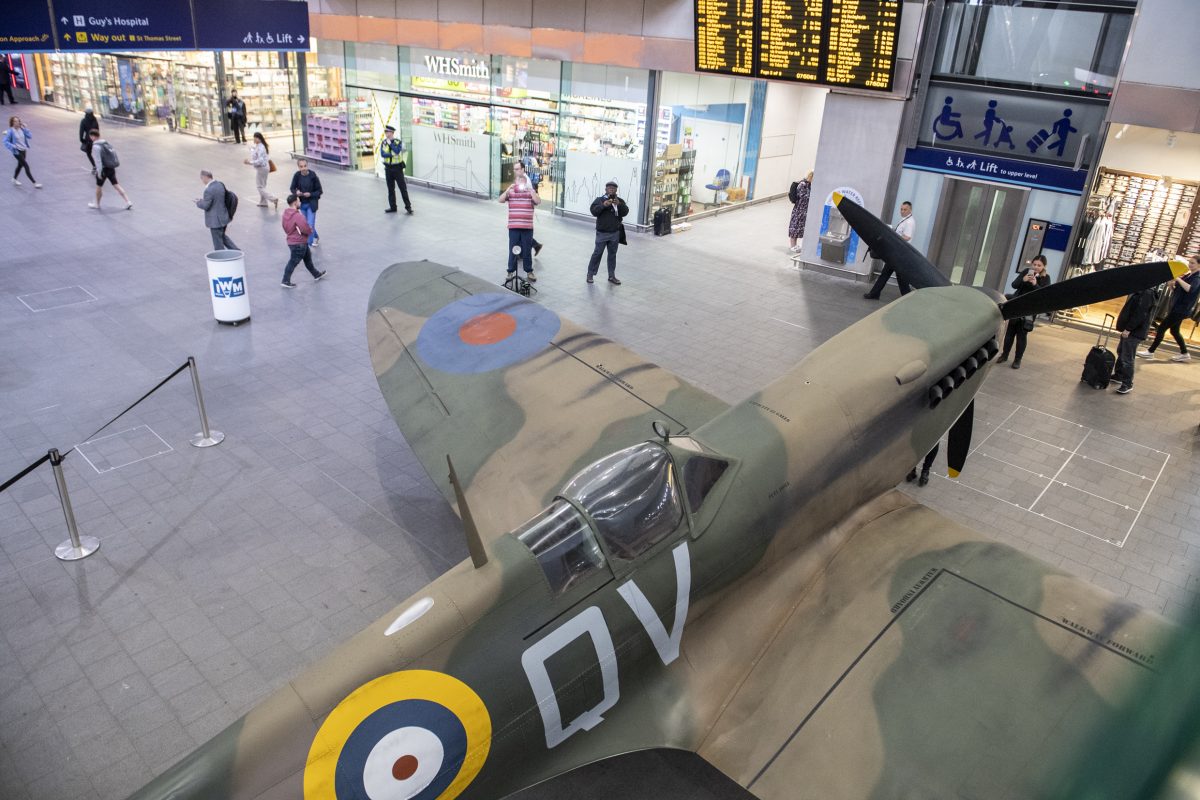 As part of these events, IWM is distributing a free limited-edition newspaper, full of facts and stories about D-Day, throughout the week at London Bridge and Waterloo stations. There will also be a small digital exhibition showing clips about D-Day on screens at both stations.