A highly skilled team from Tarmac worked round the clock to lay a bespoke and highly durable asphalt solution at the Northamptonshire track, developed by the circuit design team, Dromo, in time for the event. The surface was designed specifically to be resistant to the lateral loads and extremes of braking and cornering generated by high-performance racing cars and motorbikes.

Working with internationally renowned motorsport track expert, Jarno Zafelli, whose company Dromo was contracted by Silverstone, Tarmac adopted cutting-edge technology and processes to complete the project on time. This included the first UK use of 3D GPS guided planing during the removal of the previous track surface to improve drainage and adjust gradients.

No fewer than three paving machines ran in echelon during installation to eliminate joints across the width of the track, while digital paving technology was used to guarantee quality during the laying and compaction of the asphalt. 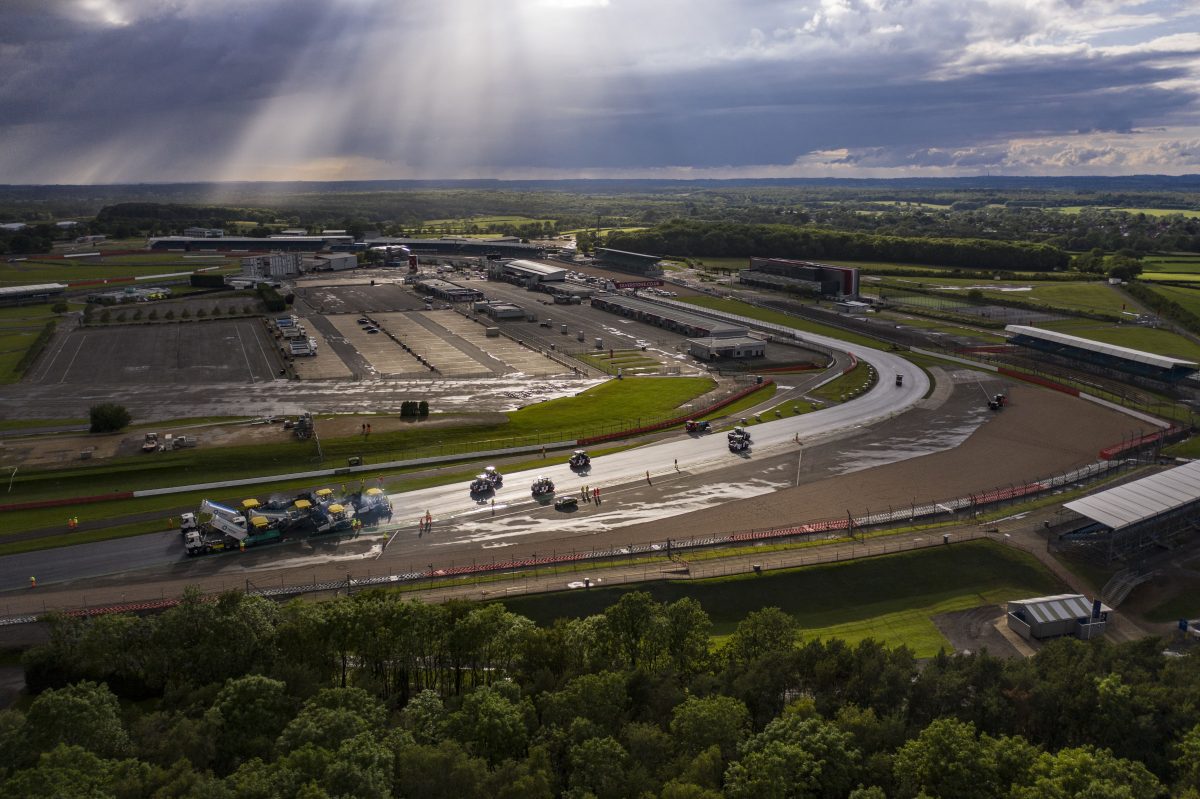 “We’re really proud of our work at Silverstone which combined pioneering innovations in digital construction technology with the technical capability of our expert team. It’s been extremely rewarding to see the success of the British Grand Prix and the Formula One drivers, who put on a fantastic show at this illustrious venue.” 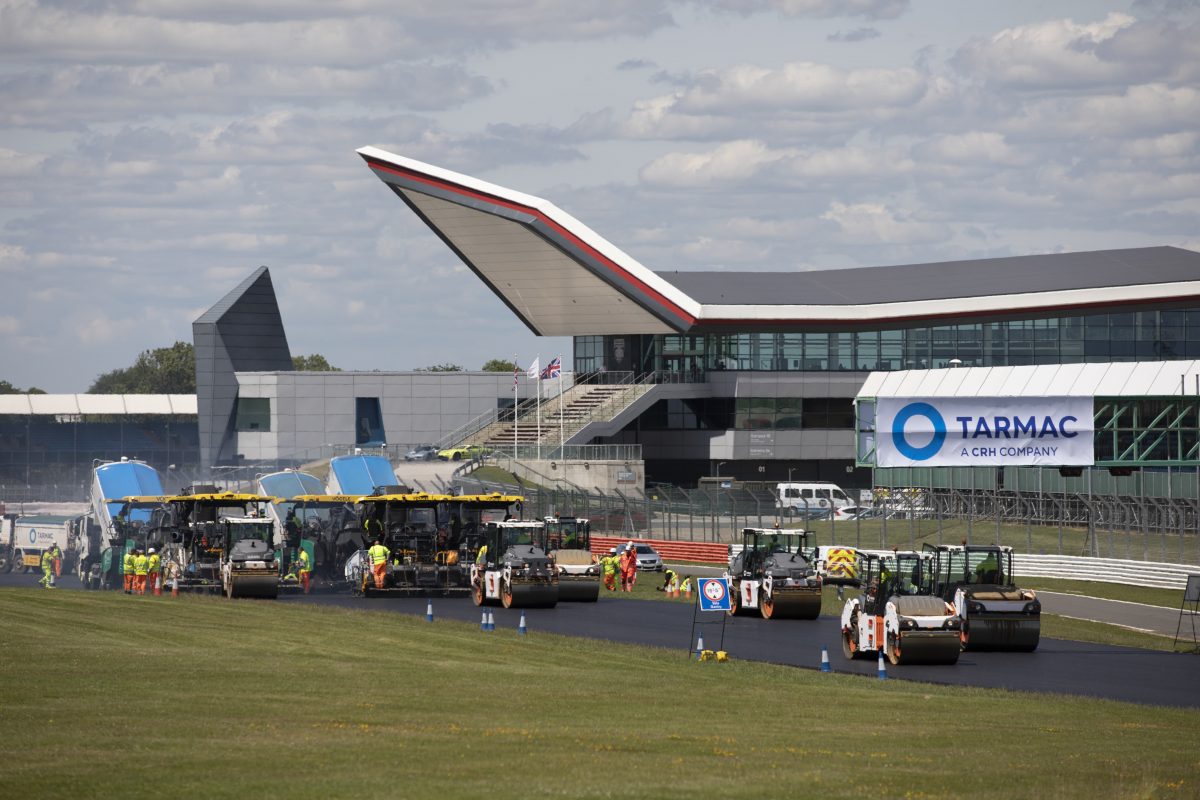 Tarmac was able to address the logistical challenges of delivering material from multiple sites during the installation by implementing its state-of-the-art BPO ASPHALT management system, which uses GPS technology to plan and programme projects in meticulous detail.

The software accurately calculates the most efficient way of completing a scheme by working out exactly how many delivery trucks are required, precise timings for their arrival and departure, as well as the total tonnages that are achievable. It also provides site supervisors with live updates throughout each shift, supporting real-time decision-making through a comprehensive supply of data.