The Hook of Holland in the Netherlands is close to the city of Rotterdam where 80% of people own a bicycle and over half a million cycle trips are made every day. In an area where cycling infrastructure is always a priority, a new wooden canopy needed to be installed over a bicycle bridge that passed over railway tracks.

ALE was asked to mobilise quickly so only had a few days’ notice to prepare for the operation. There was a closure in place for the railway line, which meant ALE needed to meet a tight deadline to avoid any delays that would impact the railway network. ALE’s experience on civil and rail projects enabled them to swiftly assemble a plan of action.

The bridge structure measured 20m long, so ALE selected 12 axle lines of SPMT with additional support stools to fully support the structure. Due to its construction materials, the bridge structure weighed only 60t and therefore had to be carefully lashed to the SPMT to secure it. The two middle axles were pinned up, decreasing the load in the centre. 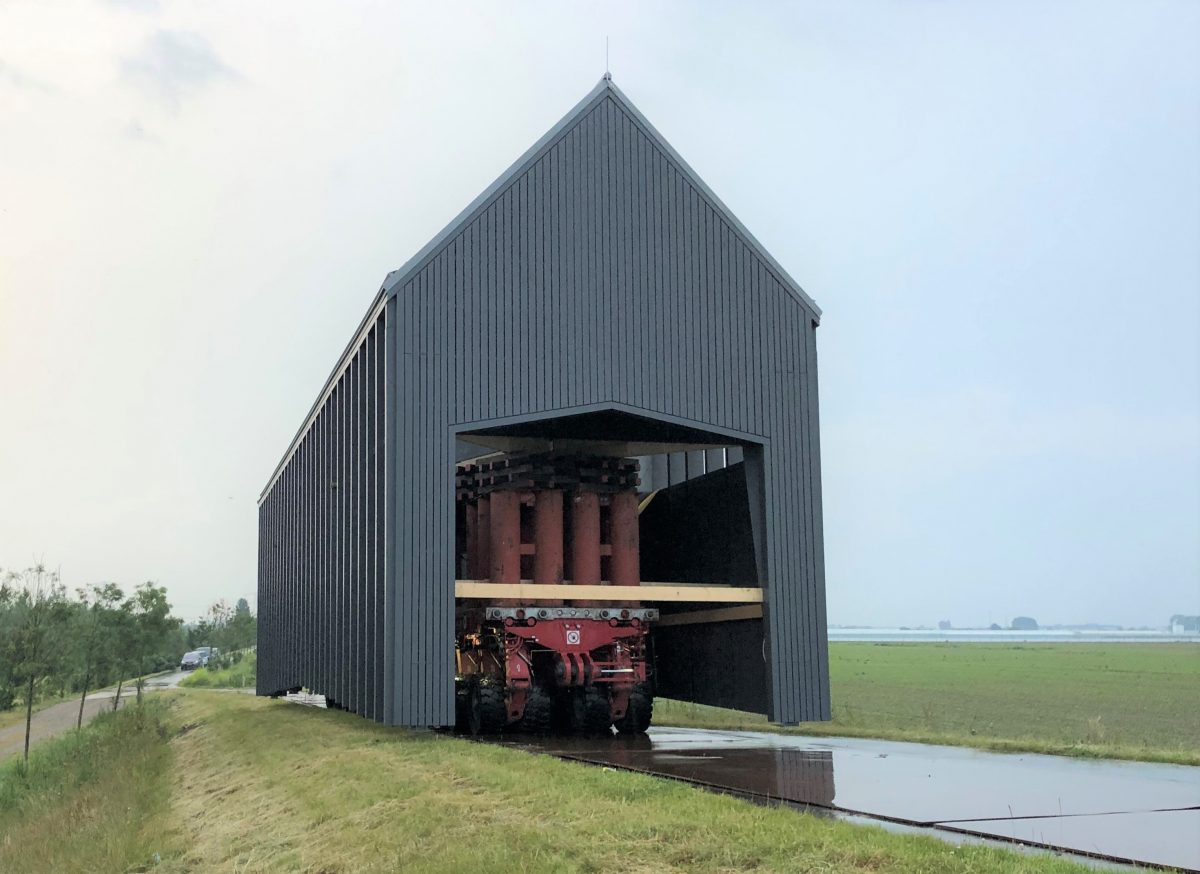 The structure had been constructed in an assembly area nearby and was transported 370m before being installed on prepared support points.

The completion of the newly installed structure will help to strengthen the area’s cycling infrastructure close to the port and provide a safer, more efficient transport network.