“The proof of the pudding will be in the eating,” says Tony Iles, Managing Director of Tonic Construction as the company chooses Volvo excavators for the very first time.

Breaking with tradition, the Swindon based civil engineering and groundworks contractor has added six new Volvo reduced swing excavators to its plant fleet for the first time. The machines in question are four, fifteen tonne ECR145Es complete with dozer blades, and two larger twenty-five tonne ECR235Es, one with and one without a blade, which were chosen following a successful competitive demonstration and evaluation.

“We were pleasantly surprised with the way both Volvo models performed on demonstration in terms of stability, digging ability and, most importantly, the fact that our operators took to the machines immediately, appreciating the roomy and comfortable space in the cab,” comments Contracts Director Jake Jenkins. “Retaining good excavator operators is key to our business, so taking their comments and recommendations onboard in making a switch from the traditional brand of excavator we’ve been running was very important in our purchasing decision,” he continues. 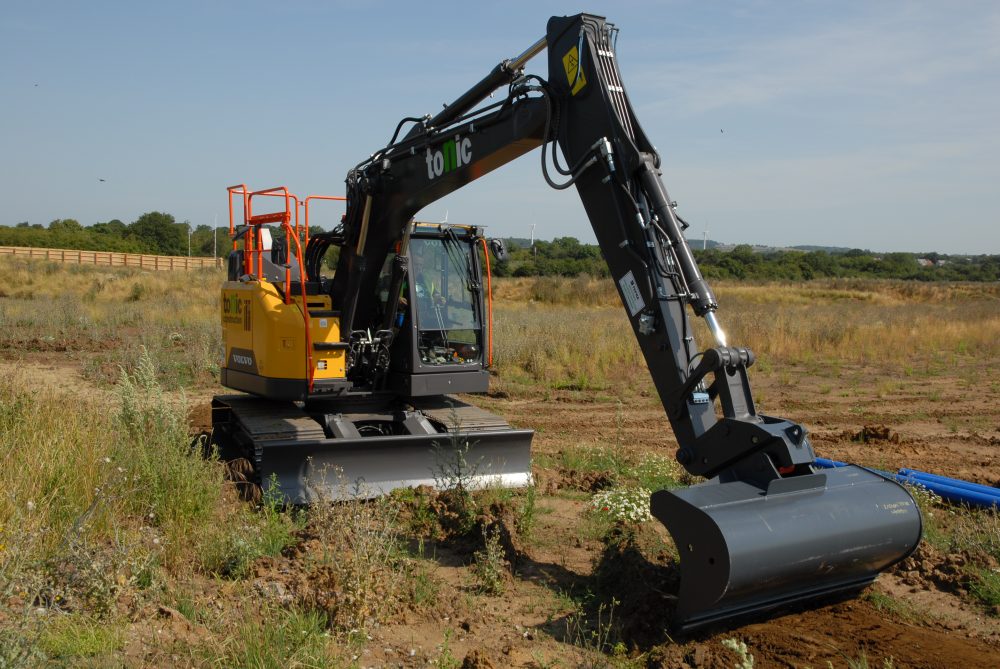 The 15.4 tonne ECR145E is equipped with a Stage V 4-litre Volvo engine, producing 121 hp. Whilst its larger brother, the ECR235E, benefits from a 6-litre unit, developing 174 hp. These operate in conjunction with an advanced mode control system, ensuring the maximum possible hydraulic horsepower available is delivered at a constant engine speed under varying load conditions.

Both machines have ample dig reach and depth, as well as impressive lifting capacities across carriage for their respective size classes and feature hammer/shear circuits, quick fit hydraulics and hose rupture valves fitted to both boom and dipper cylinders as standard. 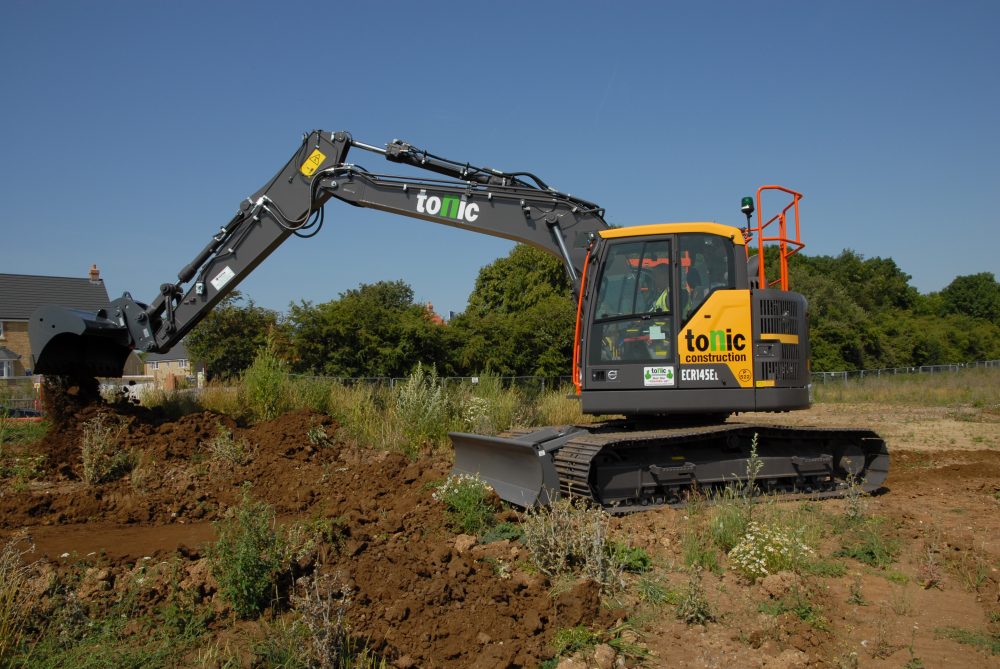 Tonic Construction’s new recruits join a fleet of thirty-five excavators, ranging from three to twenty five tonnes in operating weight, and will be deployed on general groundworking duties, contracting to blue chip house building companies on new developments in the south west and along both the M4 and M5 corridors.

All six machines have been supplied with a Blue Volvo service agreement whereby, the machines will be maintained by Volvo trained engineers, using genuine Volvo parts at the correct service intervals. “Our intention is to keep machines for approximately four years. Having SMT GB take care of the general maintenance and using CareTrack to monitor the general performance of the machines will help to keep them in tip top condition, and keep residual values high when it becomes time to change,” says Jake. 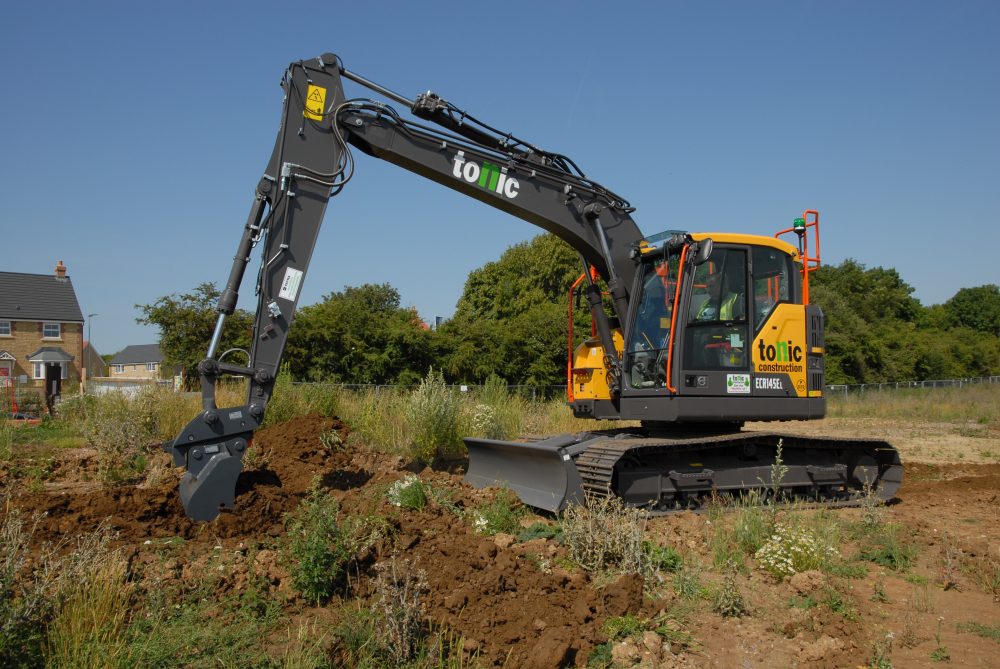 Established twenty years ago by Tony Iles and his wife, Tonic Construction has grown to be a highly successful civil engineering and ground works contractor in the blue chip housing development sector, as well as contracting to local authorities and private developers. Employing 160 personnel, the company is headquartered on the outskirts of Swindon, Wiltshire.