A new, safe, step-free route across the Felixstowe branch line has been opened at Trimley St Martin, providing access to the countryside for pedestrians, cyclists and horse riders. The new bridleway bridge is the last major part of a £65m investment to upgrade the branch line; installing 1.4km of track between Trimley station and the bridge located at Gun Lane, upgrading four level crossings and improving signalling and telecoms systems.

This work will increase the capacity of the line by 10 trains per day in each direction, allowing more goods to be moved by rail freight to and from the Port of Felixstowe, as well as improved reliability for passenger services. 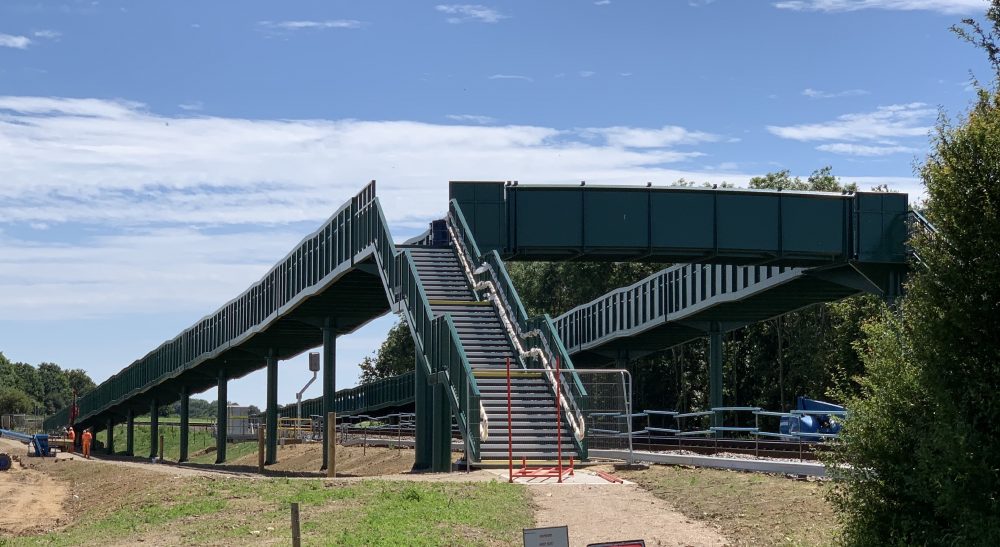 With each additional freight train taking the equivalent of up to 76 lorries off the road, the upgrade works will help to reduce congestion and pollution for the local community and the wider region.

The new bridleway bridge has replaced six pedestrian crossings, including the crossing at Gun Lane, providing an alternative safe route across the railway for walkers, horse riders and cyclists to access the local countryside. Footpaths and bridleways have also been improved to connect the new footbridge to the local network of paths. 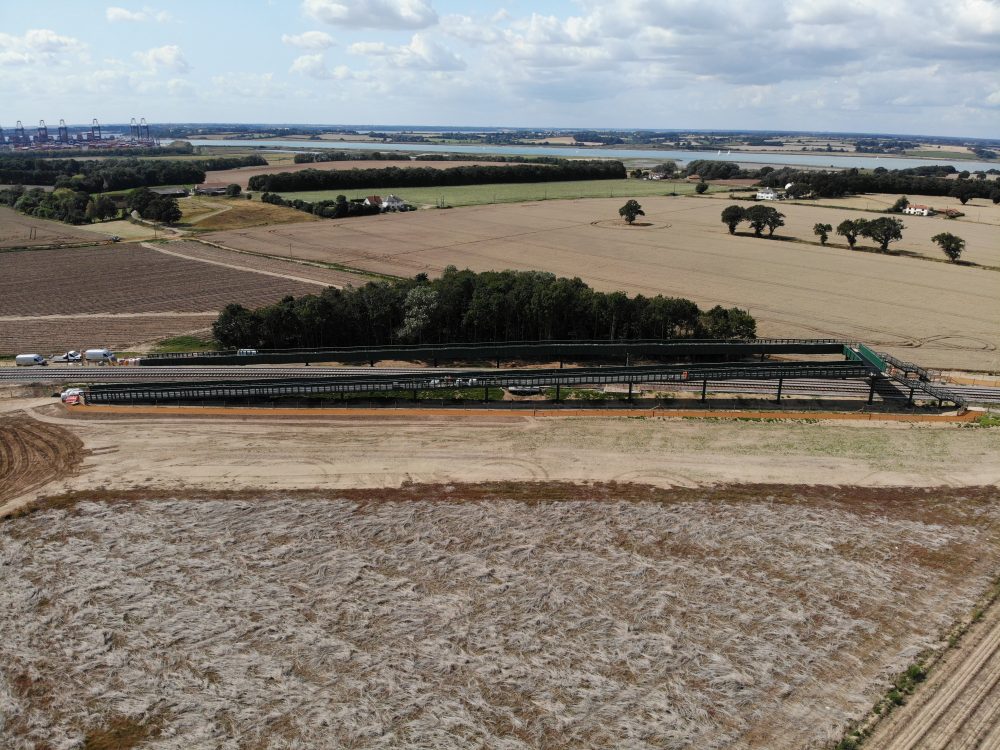 The bridge has been designed with consideration of the environment and visual appearance. 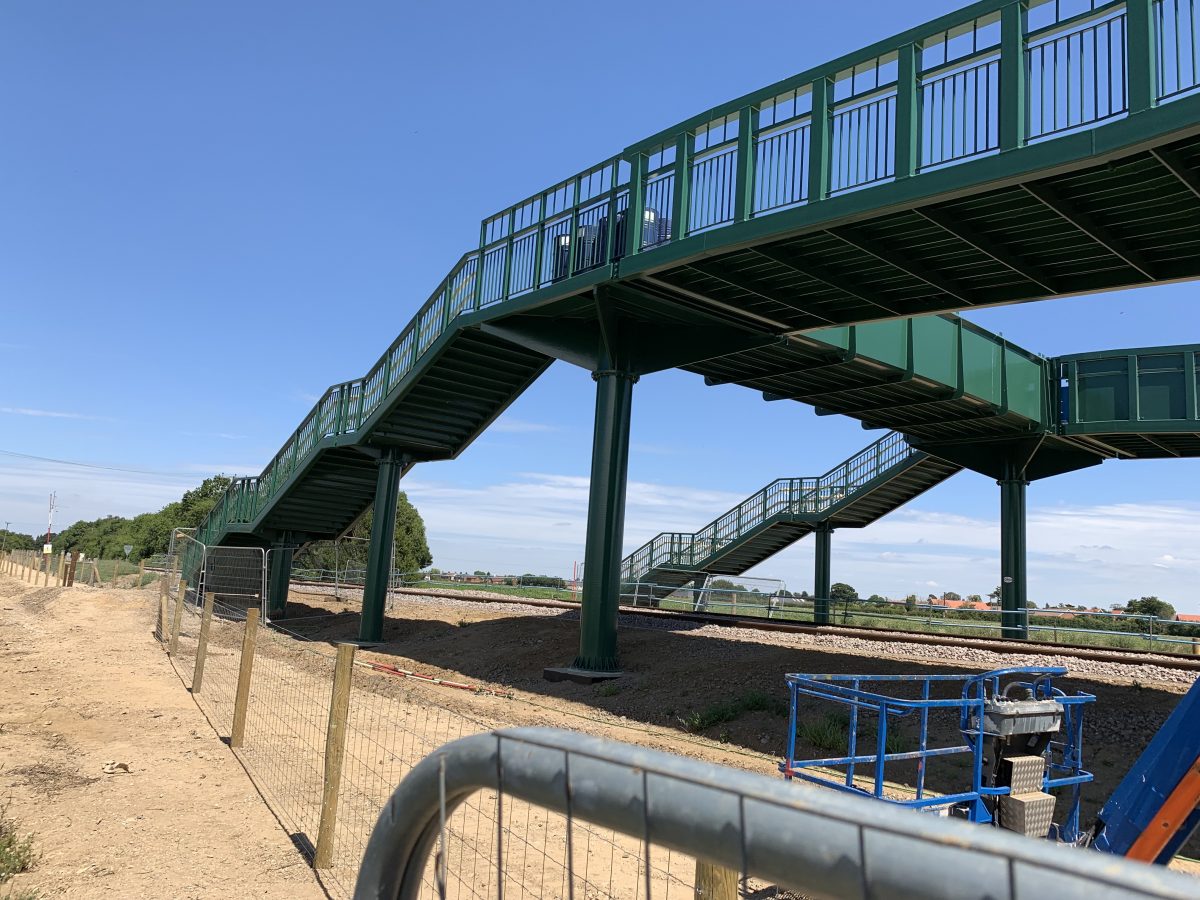