Within central Spain, the N-403 highway stretches for 178km from Adanero in the north to Toledo in the south. At the northern end, close to Ávila, it passes over the Burguillo reservoir.

A new, wider bridge installation was needed, to improve mobility and road safety in the province.

The new bridge installation’s central span, measuring 42m long and up to 5.6m wide, needed to be positioned between the two sides of the reservoir. A land transportation would have been impossible and there was not enough space at the site to lift the span, weighing 400t, over the reservoir using heavylift cranes. 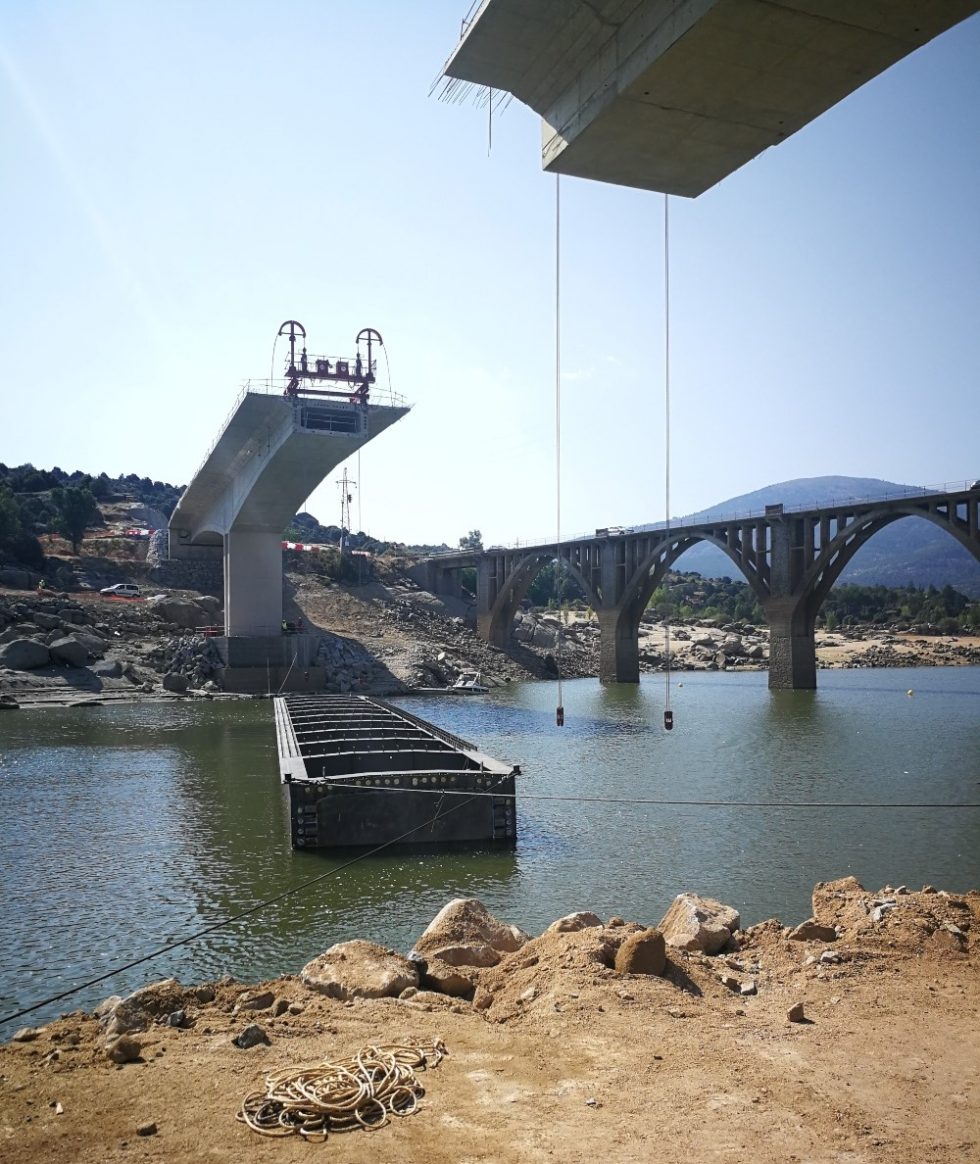 A floatover operation had been executed the day before the lifting operation was due to take place. It was moored in a safe position and the following day ALE positioned it ready for the lift. Winches were installed on both sides of the reservoir and connected via cables to each corner of the span, which was then winched into position.

For the lift, anchors were connected to hoisting units and a cantilever structure was installed on each end of the span, with two strand jack lifting units on each structure. These raised the span by 20m, and it was then connected to the rest of the bridge structure.

The new La Gaznata Viaduct replaces the old bridge, which dated from 1920 and had been narrower. It will provide improved road connections in the area and is part of a larger ongoing project to upgrade the N-403 to become part of the Autovia A-40 motorway.

0 0 0
Previous : Sweco sets out their vision for mobility and transport in Belgium
Next : ELE shortlisted for British Engineering Excellence Award