At the end of January 2020, representatives of the historic Aargau city of Kaiserstuhl, in Switzerland, were able to receive a special type of municipal vehicle for their work yard: a brand new, fully electric MK Reform Boki implement carrier with all-wheel steering and a payload of up to 3,500 kg.

After 23 years of operation and increasing maintenance costs, the search for a suitable replacement for the previous municipal vehicle began in Kaiserstuhl, who wanted a contemporary and environmentally friendly model with fully electric drive and thus low operating costs; one with a similar performance, which will do its job for many years without any problems and can also continue to use the attachments from the predecessor. 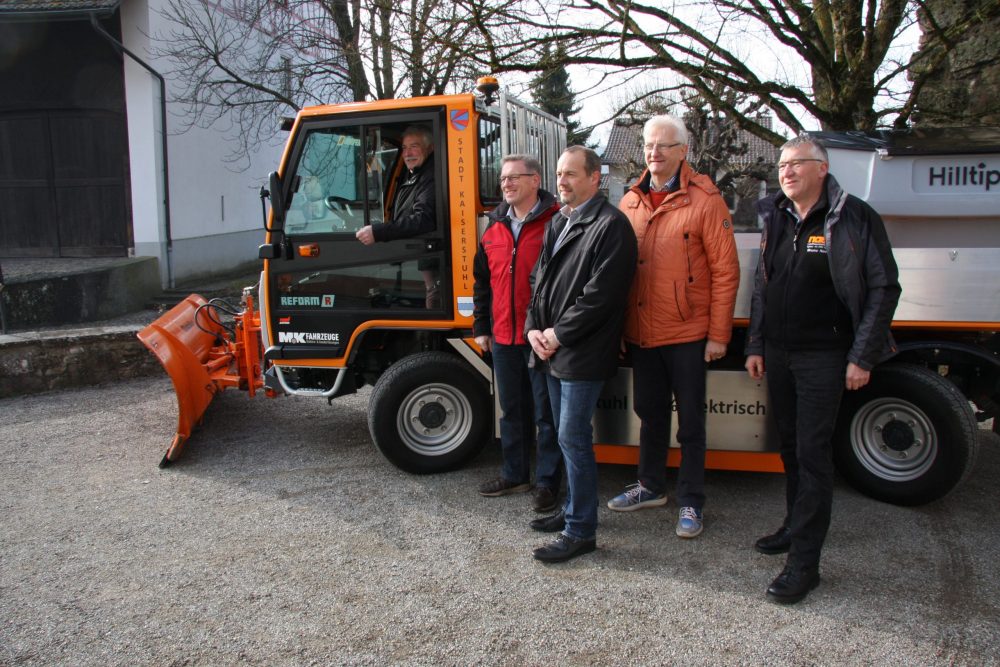 After there was no suitable offer on the market, the decision was made to give priority to a mature production vehicle, which, however, should be equipped with an electric drive by a specialized vehicle manufacturer. The choice fell on the tried-and-tested, narrow-gauge Reform Boki from Agromont AG and on MK vehicles GmbH from Triengen LU, which had been experienced in building electric vehicles for years.

It is clear what the two companies brought together, and also improved in this close collaboration, which had already started in 2014. The original, diesel-powered drive train of the flexible base vehicle was left out during assembly to make room for an 80 V electric motor. From the outside, apart from the lack of engine noise and the no-longer existing hood behind the cabin, you don’t see much. This means that a larger deck can be used with the same wheelbase. On closer inspection, the “boxes” on the left and right sides of the chassis house the batteries. 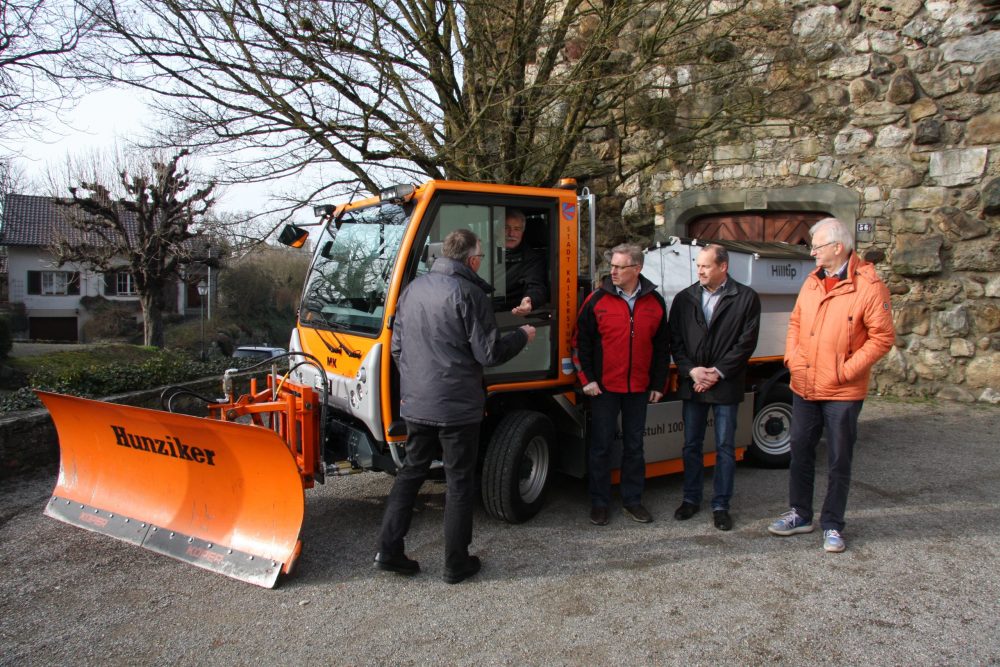 The electric motors and all other units are placed along the entire length of the frame and optimally distributed in terms of weight. The motors have a nominal output of 2 x 13 kW: resp. 2 x 42 kW peak and offer a torque of 3860 Nm on each axis (as an alternative there would also be a 400 V variant with 2 x 60 kW nominal and 2 x 90 kW peak output).

The steering and the entire on-board hydraulics for the attachments are operated via motor-controlled, hydraulic constant pumps, and the disc brakes also function hydraulically via an electric vacuum pump. 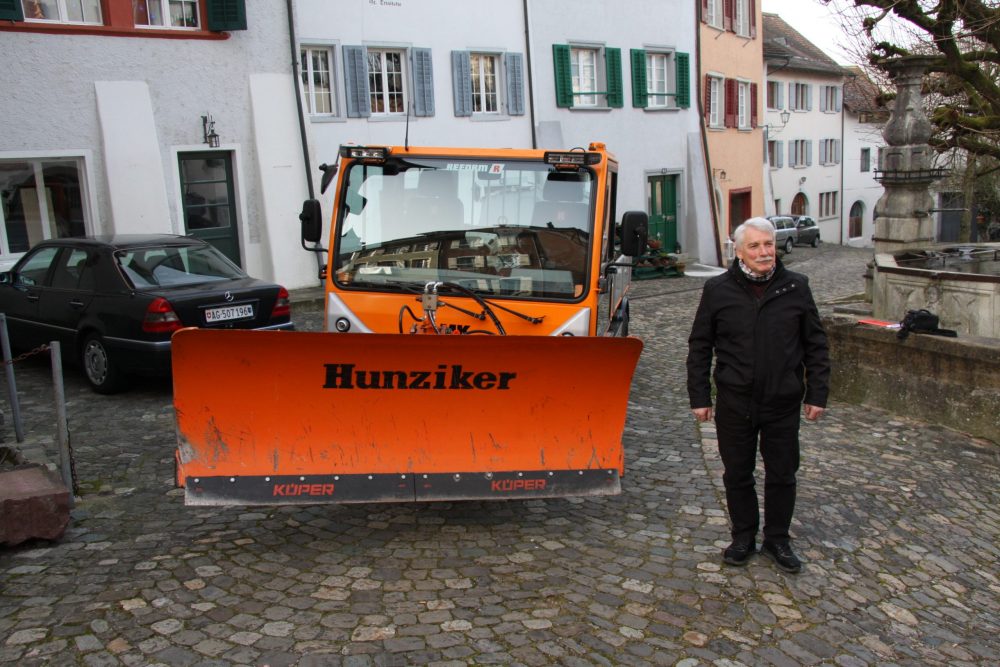 The maximum speed of the MK-Reform Boki-E80 with a total weight of up to 6,500 kg is max. 45 km / h, the payload at over 3 t, depending on the attachment and attachment. The range is around 130 km depending on the load, season and weather, or can be defined according to customer requirements.

Depending on the system used and scaling, the charging time is between 2.5 – 5.5 hours. That is more than enough for a one-day municipal operation, even for rough operations. In addition, the MK Reform Boki-E80 is equipped as standard with systems such as recuperation, BMS, hill holder, and thermal monitoring. 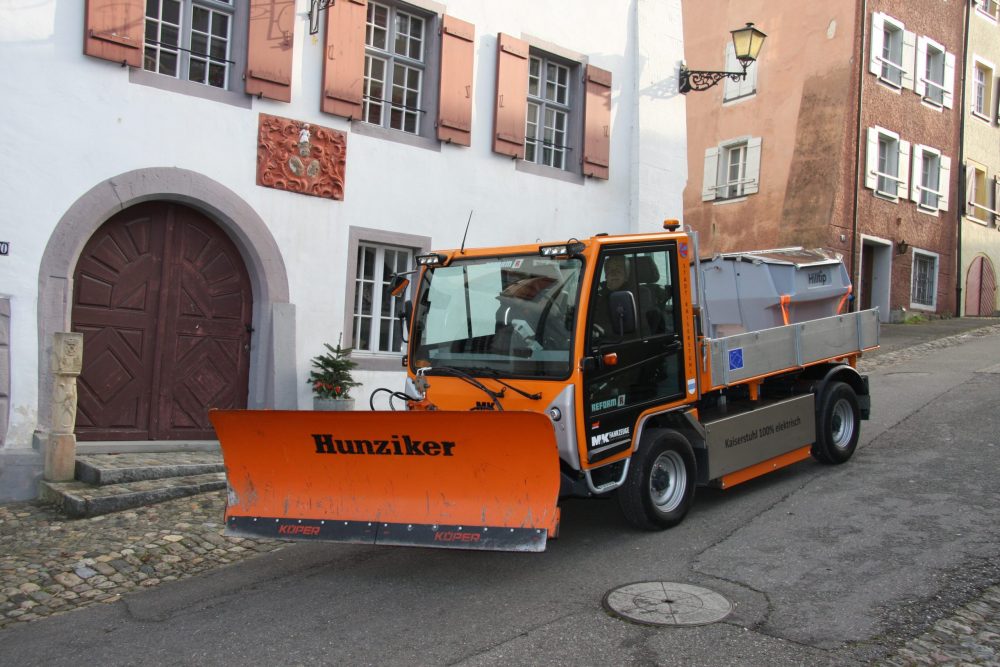 Th MK Tin GmbH also has a second life project for recycling batteries in the future. 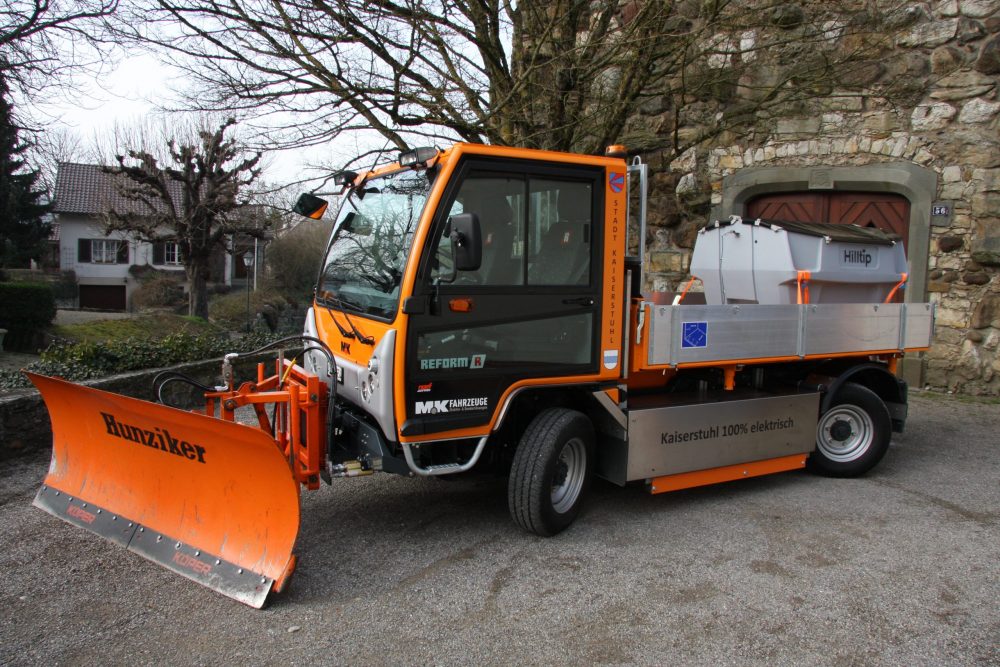