Projects to enhance four economically important roads across the North have been awarded development funding this week as part of the Government’s local transport revolution.

The road schemes, in Tees Valley, Liverpool, Lancashire and Stockport, were all part of Transport for the North’s £700 million bid to the National Roads Fund (NRF) last summer. They could all be on site or completed by 2025, and would bring tangible benefits to road users by reducing congestion and supporting public transport and active travel.

Peter Molyneux, Major Roads Director at Transport for the North, said: “Of the six schemes in the NRF to be given development funding in this announcement, four are in the North, which demonstrates the clear commitment to supporting our region and addressing decades of underinvestment in our transport network.

“The schemes address particular local issues around congestion and capacity, and also include active travel and public transport provision. By looking beyond cars and lorries to how people use roads for walking, cycling and bus journeys, we can ensure we create a sustainable network that is fit for the future.

“We’re delighted that these schemes are being taken forward with Department for Transport and local authority funding, and look forward to continuing our partnership work with the local authorities to bring them to life.” 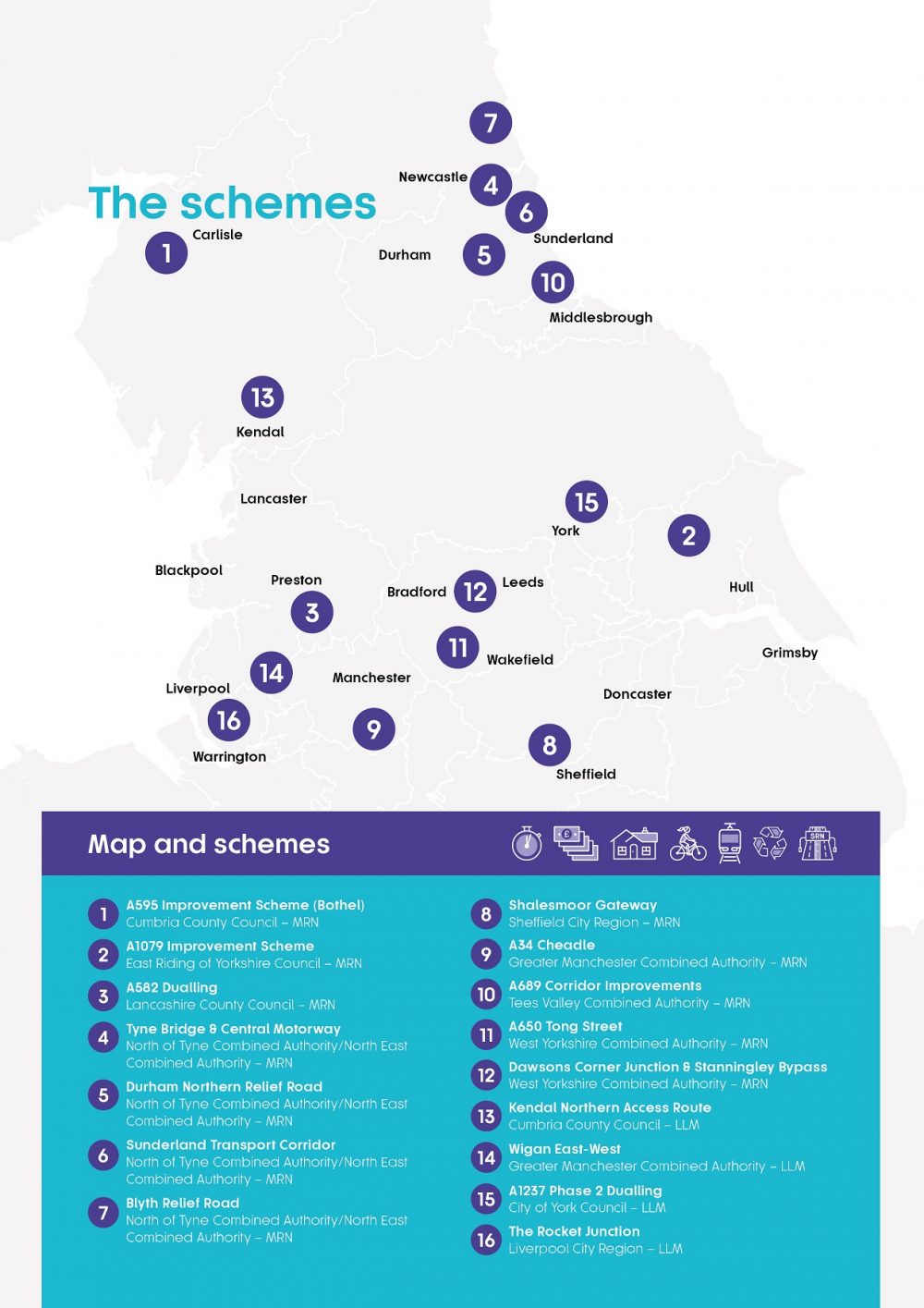 The schemes and the funding amounts given by the Department for Transport are:

Two schemes – Tyne Bridge and Central Motorway and A1079 in East Riding of Yorkshire – were also given development funding in September 2019, meaning six of the 16 schemes submitted by Transport for the North are being supported so far. The DfT have not provided a timeline for when decisions on the remaining schemes will be announced.

Transport for the North’s bid to the NRF was submitted in July 2019 and followed the launch of calls for a ‘Northern Budget’. The three key asks for this dedicated spending fund are: £7 billion to fund a Northern Infrastructure Pipeline of road and rail projects that could begin in the next five years, £39 billion for the whole Northern Powerhouse Rail scheme, and £1 billion for Transport for the North for the next three years.

0 0 0
Previous : Electric MK-Reform Boki implement carrier takes to the streets in Switzerland
Next : JCB set to scale back output due to Chinese supply chain impact