There are many different methods for erecting bridges – but the new technique developed by TU Wien, the balanced lowering method, is quite spectacular: the bridge is not built horizontally, as would normally be case, but erected in a vertical position and then rotated into the horizontal position.

The first large scale tests were carried out in 2010, since then the method has been refined and tuned until finally finding its first application by the ASFINAG for two bridges of the Fürstenfeld Motorway S7. With the erection process successfully completed for the Lahnbach Bridge, the 116 m long bridge over the Lafnitz was “unfolded” on the 27th of February 2020. With no scaffolding needed this new bridge construction method not only saves time but also money and resources. 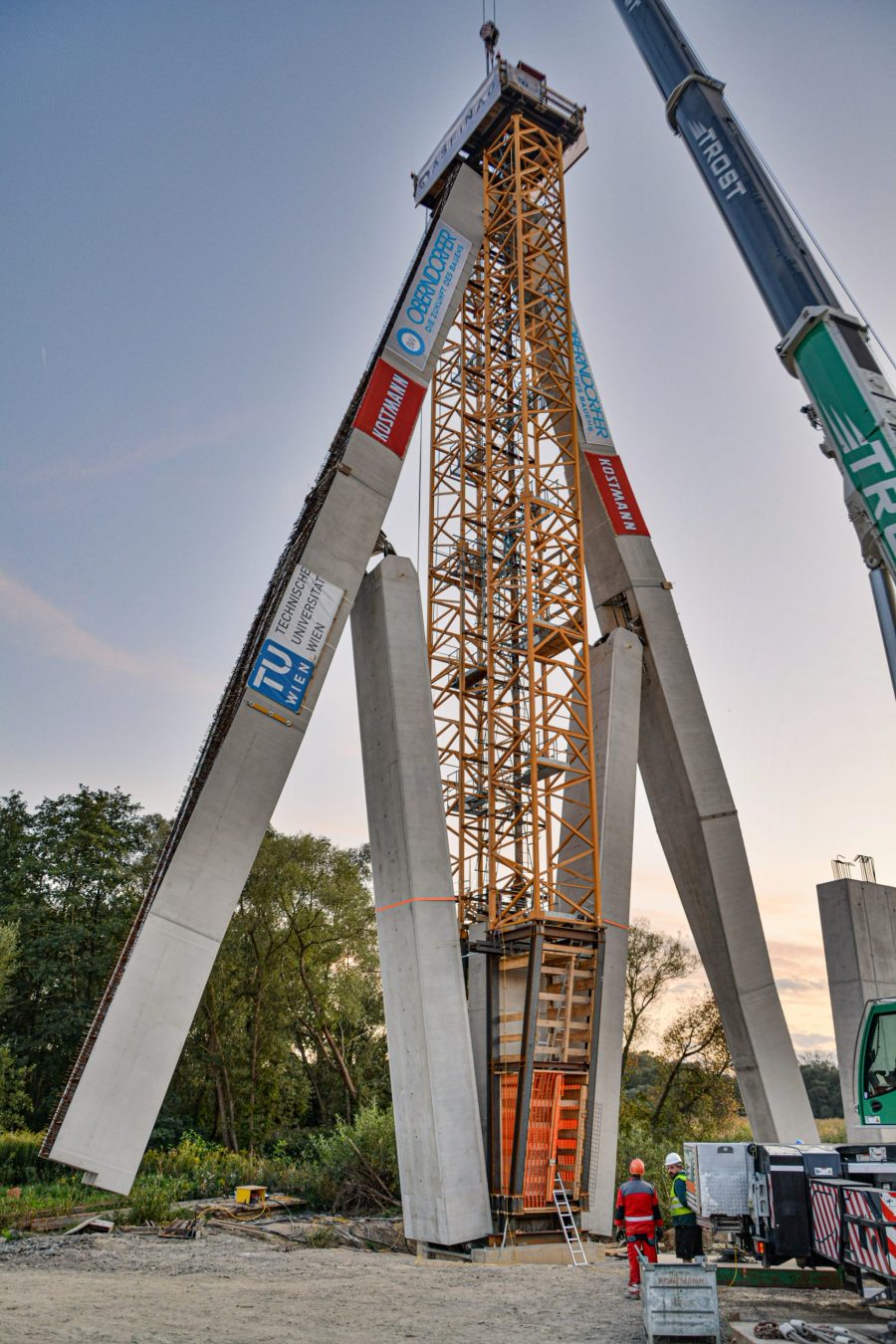 “Depending on the size and location a variety of bridge building techniques are applied nowadays,” Prof. Johann Kollegger of the Institute of Structural Engineering of TU Wien explains. If the bridge is not too high from the ground it can be erected using scaffolding. Another technique is to erect the bridge pier and work from there in a precisely balanced way in both directions. Sometimes steel girders are constructed and then pushed forward bit by bit in a horizontal position until the span is completed.

The erection method developed by Johann Kollegger is based on a completely different principle: girders are mounted in a vertical position on both sides of a concrete pier and are then unfolded, like an umbrella. “The two girders are connected to each other at the top, directly above the pier,” Johann Kollegger explains. “With hydraulic systems, this joint is then slowly lowered, and the girders unfold to both sides.” 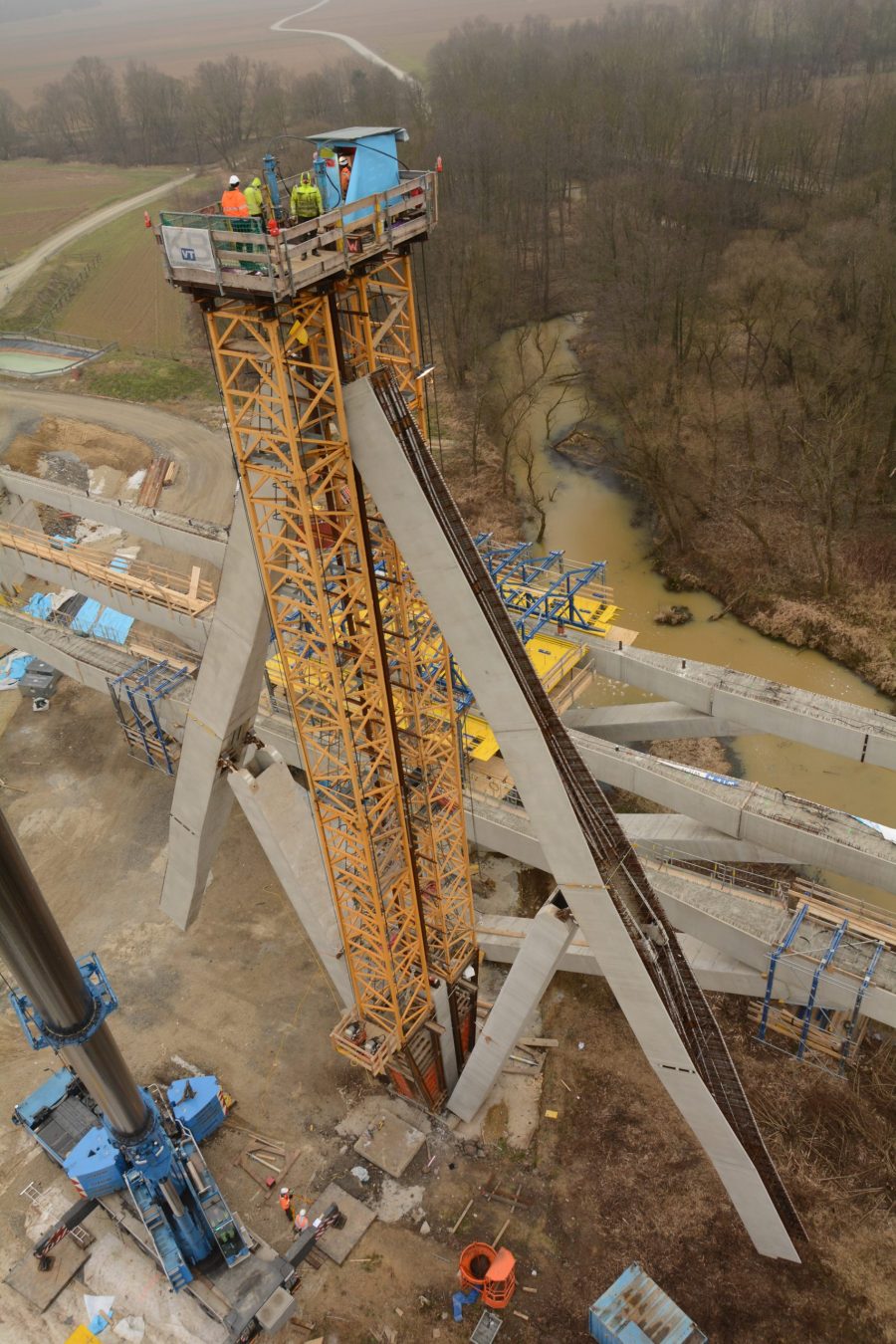 The girders themselves consist of thin-walled prefabricated elements with steel reinforcement and are initially hollow. Once they have reached the final horizontal position they are filled with concrete. “Erecting bridges using scaffolding usually takes months. The elements for the balanced lowering method on the other hand, can be set up in two to three days, and the lowering process takes around three hours,” says Johann Kollegger.

The new bridge construction method not only saves time but also money, and the durability of the bridge is the same if not better than that of bridges built using other methods, as Kollegger emphasizes. The balanced lowering method (or lifting method when building bridges with high piers) is particularly advantageous for the erection of bridges in difficult terrain or terrain that should not be disturbed – for example a nature reserve, as was the case for the Lafnitz Bridge that is now being erected. 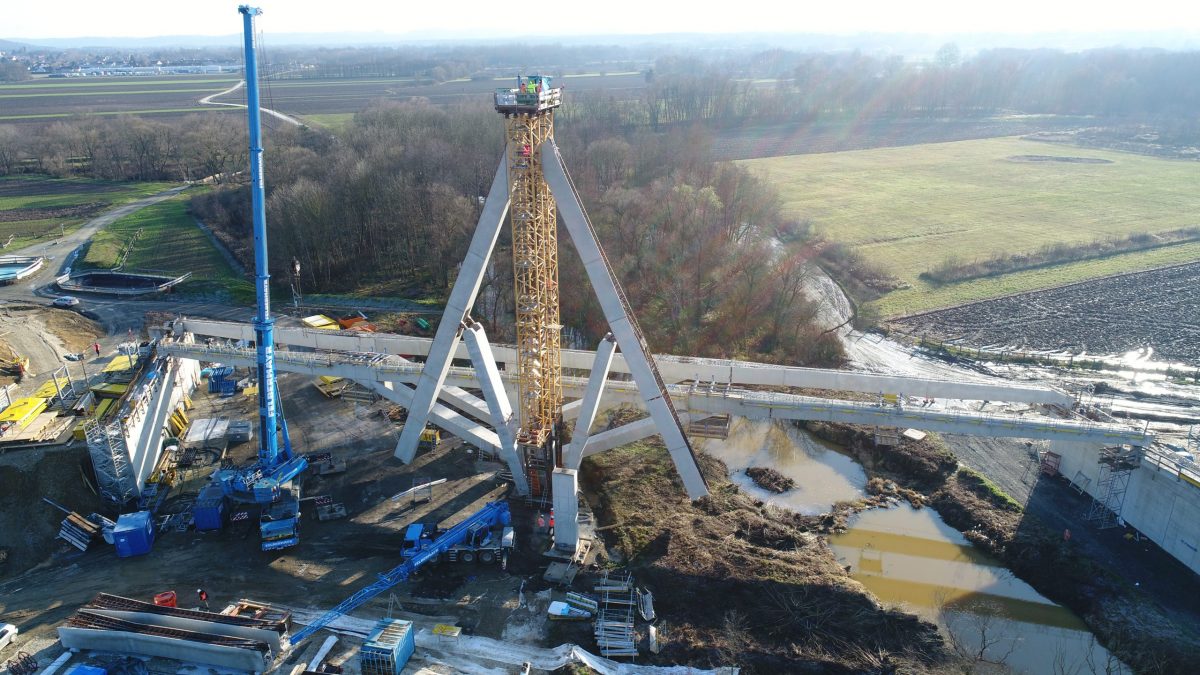 ASFINAG is currently building the new S7 Motorway, which will pass Fürstenfeld over the Lahnbach and the Lafnitz Rivers. “ASFINAG attaches great importance to the highest quality and it is always very important to us to build as environmentally friendly as possible,” says Bernhard Streit, project manager at ASFINAG. “With this innovative construction method, we were able to meet both of our requirements for this sensitive area. We are therefore very happy about the successful cooperation with TU Wien,” Bernhard Streit explains.

The bridge crossing the Lahnbach was erected in several phases between October 2019 and January 2020. The first lowering process of the somewhat longer bridge over the Lafnitz took place on the 27th of February 2020. 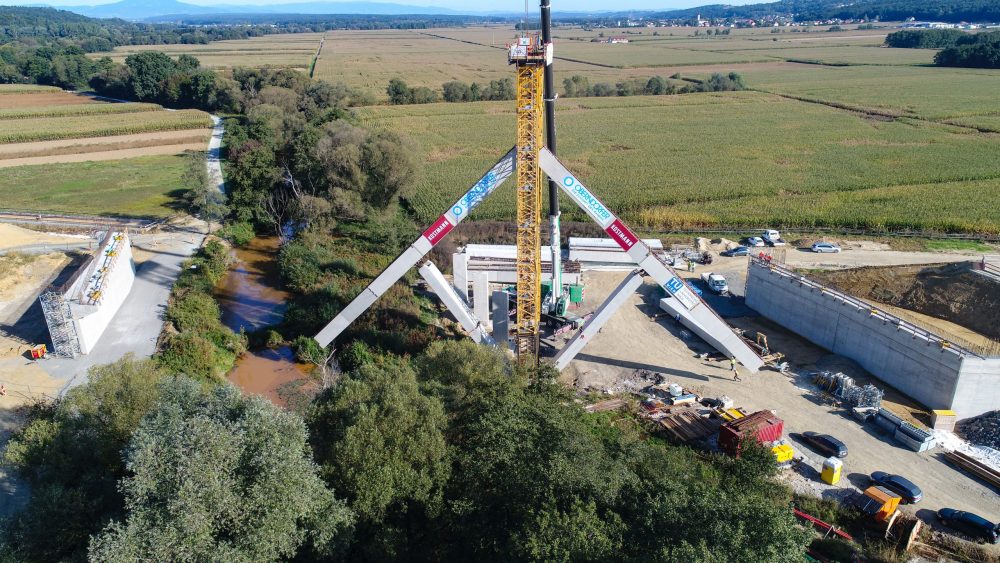 “This is a huge success for us, and we are very pleased that ASFINAG is taking on a global pioneering role here,” says Johann Kollegger. He has been working on the new bridge construction method for years: the idea was patented in 2006, in 2010 first large scale tests were carried out by TU Wien. Many question concerning the detail design had to be resolved over the years – from the metal joints, that have to withstand the forces during the lowering process, to the hydraulic jack, which are needed for the gradual lowering of the entire construction.

“Now that we have proven that the method is well-engineered and works perfectly,” says Kollegger, “we hope that it will prevail and will soon become one of the common bridge building methods that are used around the globe and that the S7 Motorway will become an international pioneer.” 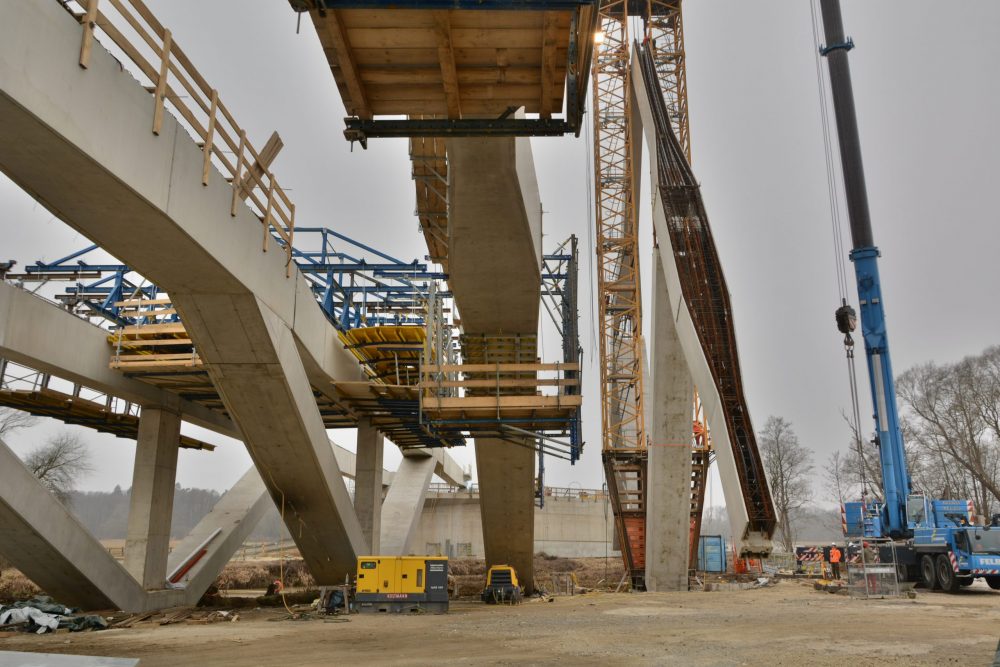 For each of the two bridges, four such lowering processes were carried out side by side in order to obtain the necessary width for the motorway carriageway. 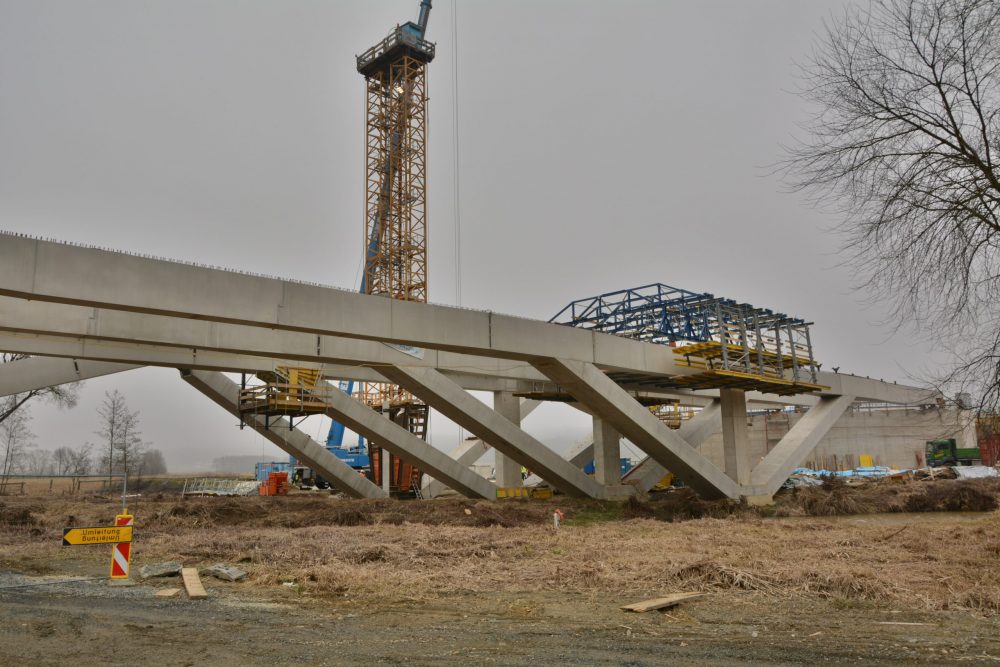