JCB today stood down production lines which had been poised to produce thousands of special housings for a new type of ventilator.

The housings were being made for the CoVent device produced by Dyson and TTP as part of the national Ventilator Challenge. On Friday the Cabinet Office confirmed that, following re-assessment from a panel of expert clinicians, it was ending support of the CoVent and four other devices because they would require further development before they would be ready for clinical testing, and they were not currently required to meet immediate demand.

JCB joined a national call to action to tackle the ventilator shortage in March and re-started production at a plant in Staffordshire – closed because of the Coronavirus crisis – to produce housing prototypes.

JCB Chairman Lord Bamford had promised to help in any way the company could after a Government appeal to help plug the shortage and he immediately mobilised a research and engineering team to examine ways to assist. Today the company confirmed it had stood down its production lines at JCB Cab Systems in Uttoxeter, which had been ready to make up to 10,000 housings.

Lord Bamford said: “We have stood ready to help in any way we could in the production of housings for a new type of ventilator and our production lines were in a position to start manufacturing immediately. I’m very proud of all the hard work the team has put into this project and as a British company we would do it all again to help at a time of national need.” 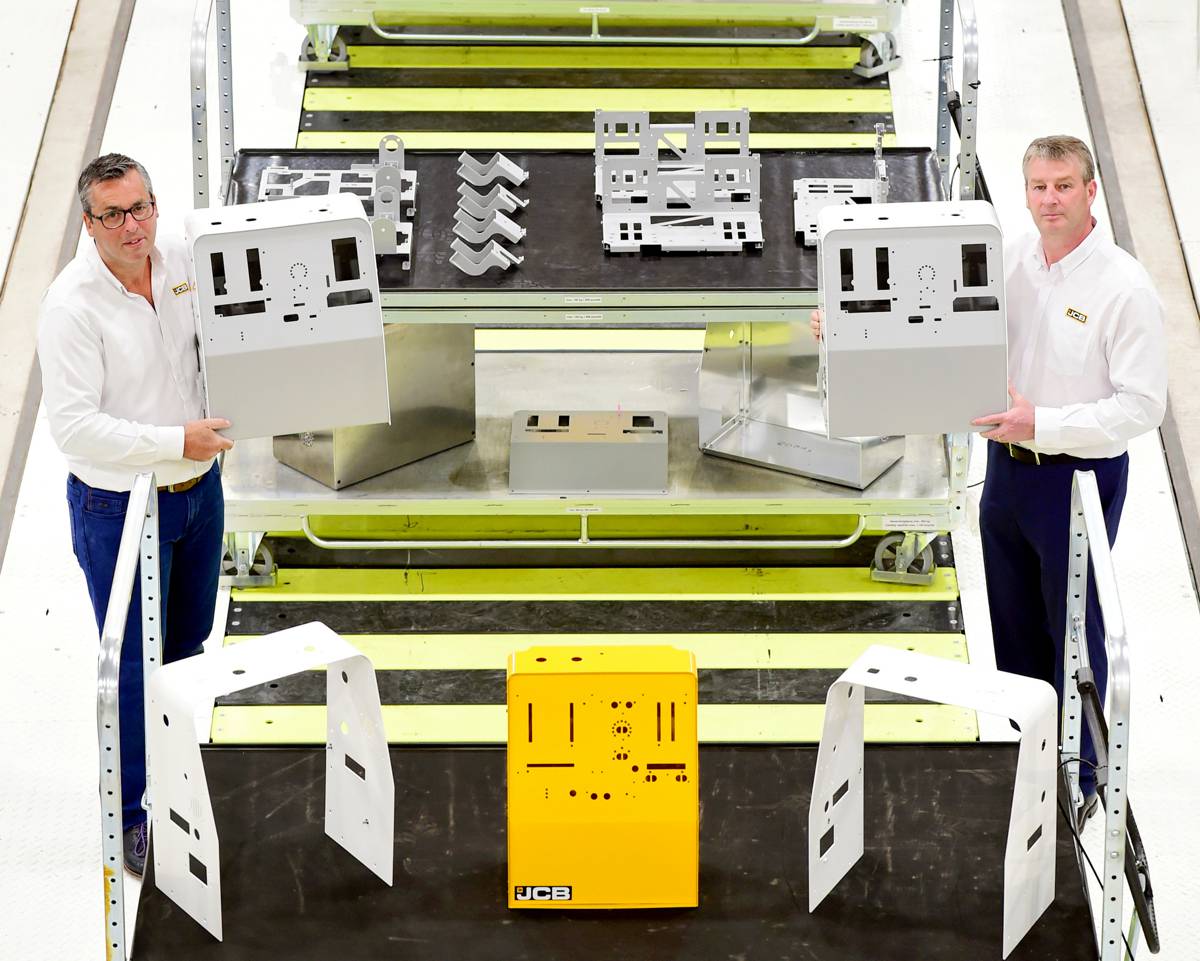 The first prototypes rolled off the line at JCB’s £50 million Cab Systems factory in Uttoxeter and underwent several design iterations. The original prototype in JCB yellow was made out of steel before the team worked on a new design, manufactured in aluminium and painted in NHS white and grey. The project went from design to production in just a matter of days after JCB deployed a talented engineering, design and fabrication team to answer the national call for help.

During the current crisis, JCB has been providing thousands of meals for needy families in the UK and India, as well as sandwiches for the homeless in the UK, under Carole Bamford’s ‘Food for our Communities’ initiative. The company has donated vital PPE to front line NHS workers and re-opened part of its World HQ in Staffordshire to help to produce facemasks for the NHS. JCB has also been offering logistics expertise to support other ventilator manufacturers.