Live Trakway operates over 250km of roadway, providing temporary access solutions to events, infrastructure and energy sectors all across Europe, including providing ground protection for the Olympic Stadium, and ensuring the safe transportation of Scotland’s largest onshore wind turbines. Given how much footfall and vehicle traffic makes its way over Live Trakways’ roadways, it is no surprise that substantial amounts of mud, clay and silt are deposited on the tracks.

This means that when the roadways are washed down after each job, there is a real risk that the silt in the washwater will cause harm to the environment if it is discharged to the local watercourse. With this in mind, Live Trakway called in SPS to devise a system to treat the wastewater generated when it cleans its roadways.

Richard Smith at Live Trakway, explained: “We’re passionate about making sure we work to the highest possible environmental standards and are constantly looking for ways to improve the way we do things. Of course, looking after the environment is a hot topic for everybody at the moment, but this is especially the case in our line of business. We are working with high-profile clients such as Glastonbury, who rightly expect their suppliers to be operating at the very top of their environmental game. We already do a lot in terms of our sustainability, but wanted to see whether the way we cleaned our tracks could be improved. We’d heard about the difference SPS was making in other industries, and so turned to them.”

Live Trakway decided to trial the SPS solution at its Hungerford depot. Here, the kit would treat the washwater from roadways that had been used on wind turbine installation sites; roadways which crossed fields and were therefore covered with organic matter deposited from lorries that had been driving across soft ground in wet conditions.

SPS’ experts assessed the situation and the pollutants that might be present on the roadways, doing in-house lab tests of various samples taken. Based on this, SPS installed a modular wastewater solution capable of effectively separating out the solid and slow settling organic matter, such as silt, for easy removal. A Mix Tank incorporating coagulation and flocculation stages was used in conjunction with one of SPS’ space-efficient Lamella Clarifiers, which then removed the suspended solids from the water.

The system proved highly effective, removing over 99 percent of all suspended solids. It also cleverly enabled much of the treated water to be recycled and reused within Live Trakway’s jet washers and hoses as part of the cleaning process, minimising water consumption and reducing the company’s water bills.

Due to the success of the trial, Live Trakway has not only purchased the kit for permanent use, but has also invested in an all-in-one integrated system for its depot in Glespin, Scotland, which serves customers across Scotland and the North of England. 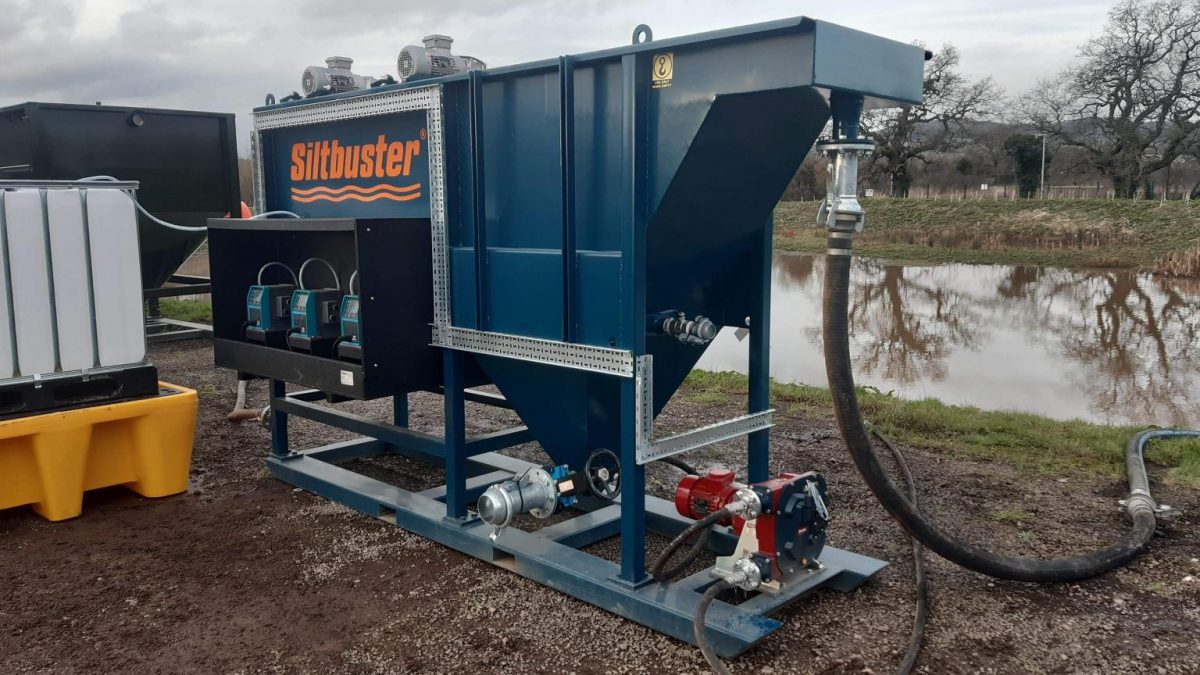 Rich Matthews, Managing Director at SPS, stated: “This project perfectly demonstrates the diversity of our range of water treatment systems and how valuable our ‘try before you buy’ hire options are. It allowed Live Trakway to gauge what was possible, assess how easy it was to accommodate our kit onsite, see the difference it made and how easy it was for the company’s team to operate. Once these boxes were all ticked, it made real business sense to go from pilot to permanent and make the necessary investment decision. The success of the trial at this site has given the client the confidence to seek our similar modular water treatment solutions at other UK depots.”

Richard Smith agreed: “This has been a brilliant process for us. Through working with SPS we have been able to trial a solution, weigh up all the benefits and then roll it out on a permanent basis, more widely throughout our operation – all the while boosting our already strong environmental credentials.”