DJI, the world’s leader in civilian drones and aerial imaging technology, today launched an online reference to track events around the world when a drone helped rescue someone from peril.

The Drone Rescue Map shows how more than 400 people around the world have been helped by drones in more than 200 emergencies, and will be continually updated as new rescues occur.

The DJI Drone Rescue Map has been compiled from news stories and social media posts from authoritative sources such as police departments, fire departments and volunteer rescue squads. Each entry on the map includes the location and date of the incident, a brief description, a link to the original story or post, and an easy way to share those incidents online. To make the map as definitive as possible, DJI encourages public safety agencies to share additional drone rescues so they can be included.

“The DJI Drone Rescue Map is now the best global reference for how effective drones are in emergencies, and allows the world to see the tremendous impact drones have had in finding lost people, shortening searches, reducing risks to rescuers and saving lives,” said Romeo Durscher, DJI Senior Director of Public Safety Integration. “Public safety workers already know how drones are revolutionizing their work, and now the rest of the world can see their amazing stories in one place. The DJI Drone Rescue Map honours the incredible rescues they’ve made, and will allow everyone to see how drones help save people in the future.” 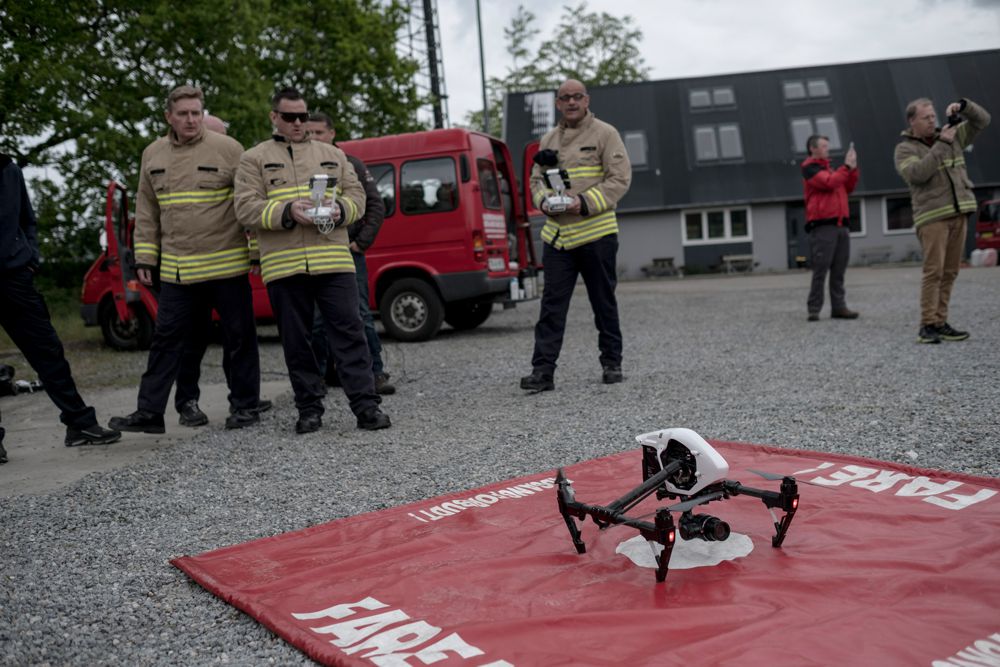 The DJI Drone Rescue Map includes instances of drones finding people lost in forests, fields and mountains, often in darkness using thermal imaging cameras; dropping life preservers to people struggling in water; locating boaters stranded on remote waterways; and helping rescue people who were at risk of harming themselves. The map does not include incidents when a drone is simply used as part of a larger search process; instead, a drone must have directly located, assisted and/or rescued a person in peril.

Many of these incidents illustrate how drones can find missing people more quickly than a traditional ground-based search, allowing victims to be brought to safety faster, more easily, and with less risk and burden for their rescuers. In some of the incidents on the DJI Drone Rescue Map, the drone helped accelerate a rescue and allow first responders to operate more efficiently. In other incidents, the drone clearly made the difference between life and death.

“I know how important drones are for people in distress, because a drone saved my life,” said Jason Mabee, a Maryland man who was injured and near death last year in a local park when he was found by a volunteer drone pilot. “My family and I are eternally grateful that a total stranger was able to use his drone to find me. It’s comforting to know that drones are helping so many other people around the world too, and I hope the DJI Drone Rescue Map demonstrates just why drones are so important in emergencies.”

“Drones have changed the game for finding and saving people lost in difficult conditions, and twice last year drones made the difference for us in finding and saving stranded hikers in dangerous terrain at night,” said Kyle Nordfors, Drone Team Coordinator for Weber County Search and Rescue in Utah. “Drones helped make these rescues possible while reducing risk and strain on our volunteer rescue force. We’re excited to see our successful efforts represented on the DJI Drone Rescue Map, and we hope it shows people all over the world how important drones are for saving lives and protecting the rescuers.” 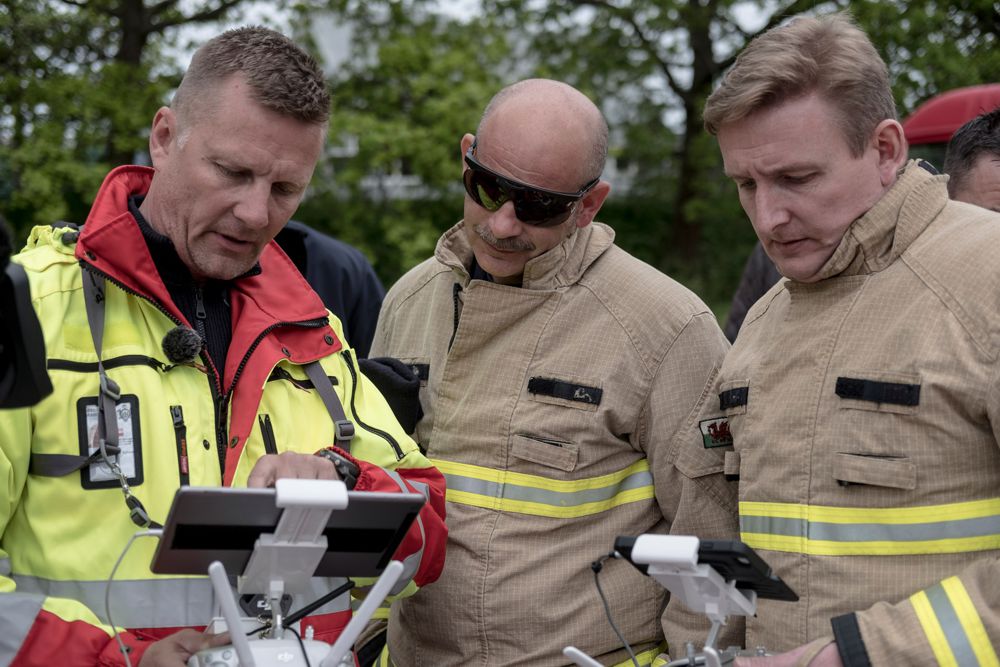 PC Tom Shainberg, Senior Drone Pilot of the Alliance Drone Team for the Devon & Cornwall and Dorset police forces in England, said: “The Alliance Drone Team is proud to be a leader in adapting drone technology for police incidents, and we’re glad to see our successful drone rescues – such as finding a vulnerable man huddled near the edge of a cliff – being shared wider, along with similar accomplishments from other public safety agencies from around the world via the Drone Rescue Map.”

The map includes rescues recorded in 27 countries across five continents, and shows how drone technology has moved from an experimental concept to standard public safety equipment. The first drone rescue was recorded in Canada in 2013, the next one was more than a year later, and early examples of drone rescues were as likely to be performed by helpful bystanders as by professionals. Today, drone rescues are reported about once a week on average, and public safety agencies routinely share those success stories on social media.

“Hundreds of examples now make clear that making drones widely accessible, with low barriers to entry and subject to a progressive set of operational regulations, leads inevitably to saving more lives around the world,” said Brendan Schulman, DJI Vice President of Policy & Legal Affairs. “The DJI Drone Rescue Map is a powerful resource for policymakers to understand the impact drones have on protecting vulnerable people in their own communities, and the detrimental consequences of policies that would restrict or discourage the use of drones, or increase the cost of using them. Regions with less favourable operating rules for drones appear to have substantially fewer reports of drone rescues.” 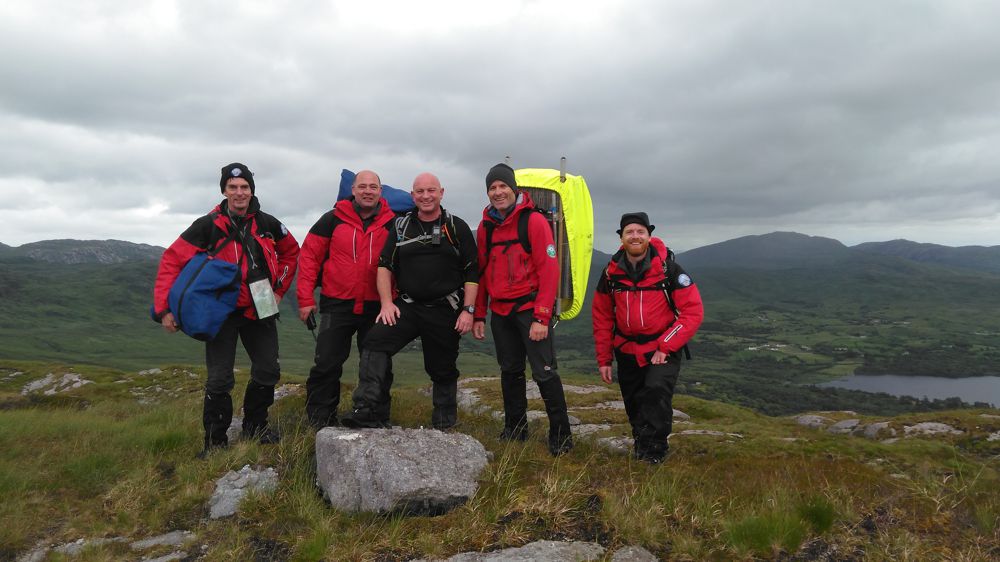 DJI has previously released two detailed reports on how drones have been used to rescue people from peril around the world. The first, in 2017, counted 59 people rescued by drones, and the second saw the global total rise to 124 by 2018. DJI monitors global news coverage, drone-related social media, and other sources to find new examples of drone rescues, but understands that many similar incidents may not yet be recorded on the map.

Anyone who knows of a drone-involved rescue not included on the DJI Drone Rescue Map can submit it through a form at the bottom of the map page. These submissions will be reviewed for publication on the map, so DJI asks anyone submitting information about a rescue to respect the privacy rights and expectations of the persons involved, and to not share any confidential or sensitive information about agency operations.