PERI, the German distributor of COBOD’s 3D construction printers, revealed the project in Beckum at a press conference on September 29, 2020. This milestone for the future of the German construction industry was underlined by the presence of a minister from the regional government of North Rhine-Westphalia, Germany’s largest federal state.

While other companies involved in 3D construction printing often speak about their future plans and visions, the established leading position of Danish COBOD continues to be demonstrated by actual 3D printed buildings and structures. Not done by COBOD but made by the growing number of customers using COBOD’s 3D construction printers, mainly the BOD2.

Henrik Lund-Nielsen, Founder and General Manager of COBOD explained: “We are very pleased, that we are beginning to see the fruits of the many 3D construction printers, which we have sold since the launch of the BOD 2 3D construction printer in 2019. Projects have been delayed by the Corona virus, but now they start to be revealed. These buildings and the huge interest for them document that our technology – and the buildings they can make – are ready for the market.” 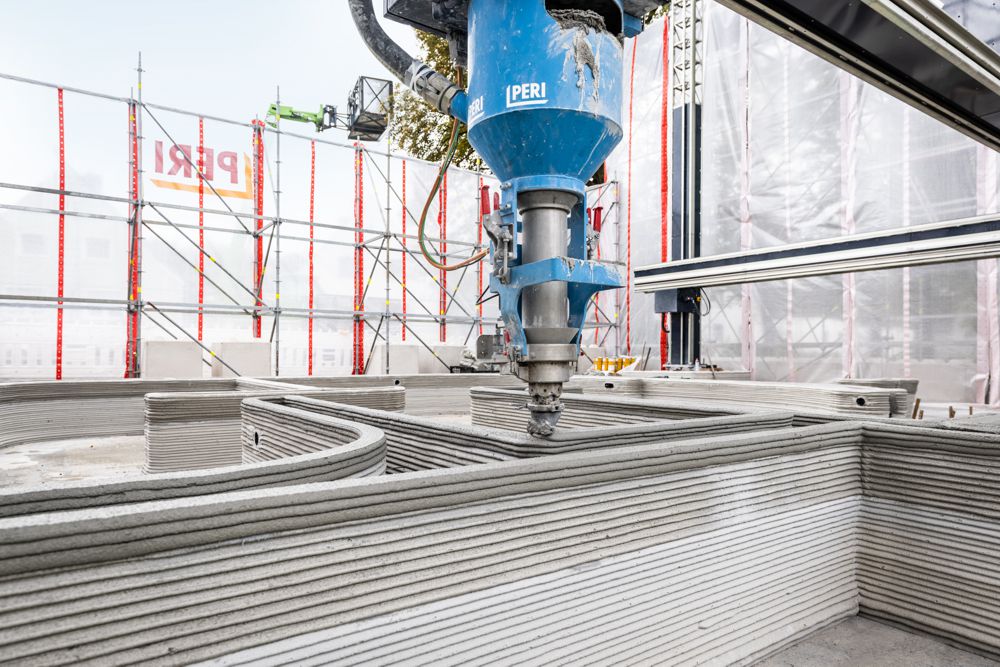 AS PERI globally and in Germany is one of the leading suppliers of form work equipment for manual casting of concrete, PERI’s involvement in 3D construction printing is noticeable and a sign that the conventional construction sector has realized that automation and digitalization of the construction industry is the future, which involves among other  the use of robotic 3D construction printers.

Thomas Imbacher, Innovation and Marketing Director at PERI GmbH, explained: “We are very confident that 3D construction printing will become increasingly important in certain market segments over the coming years and has considerable potential. We are proud that PERI’s involvement in the project in Beckum has seen us become a pioneer and forerunner for this new construction technique.” 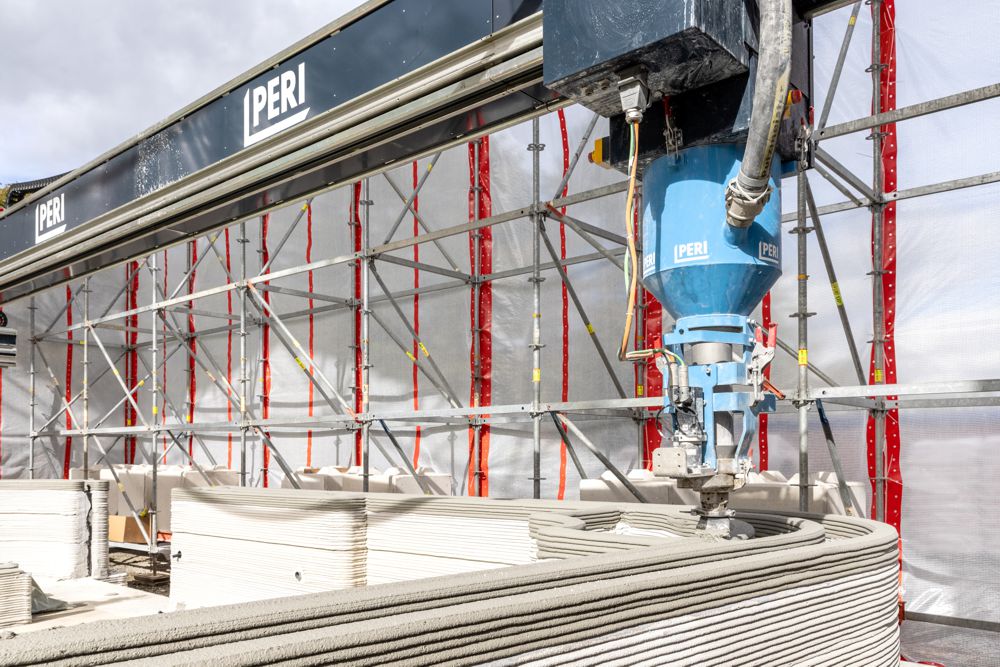 PERI is making the building in Beckum with the help of COBOD’s BOD2 printer. The BOD 2 has a modular build and can be extended in any direction with modules of 2,5 metre, to a maximum of 15 meters in the width and 10 meters in the height. In the length the printer can be as long as desired.

For the Beckum building PERI is using a BOD 2 of 12.5m x 15m x 7.5m.  The BOD 2 printer has a maximum speed of 100 cm/sec, equivalent to printing/casting 10 tons of concrete per hour. Printing material was provided by Heidelberg cement. 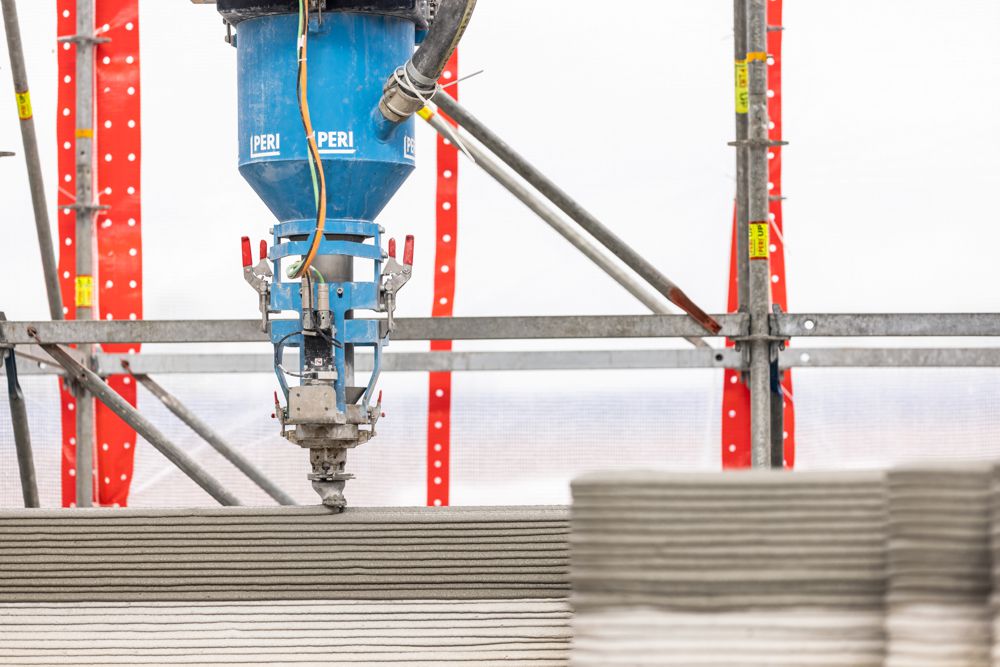 The BOD 2 has also been used to make large concrete structures like the worlds first 3D printed windmill tower of 10 meters, that COBOD did under a long term cooperation with GE, which was also revealed earlier this year.

Michael Holm, R&D manager of COBOD commented: “The BOD 2 is a very versatile printer. In Beckum, PERI has chosen to use a long printer, whereas we used a much shorter but taller printer for printing of the 10m tower for GE. This was the whole idea behind the modular design of the printer – it is always possible to find a size that meets the customers need.” 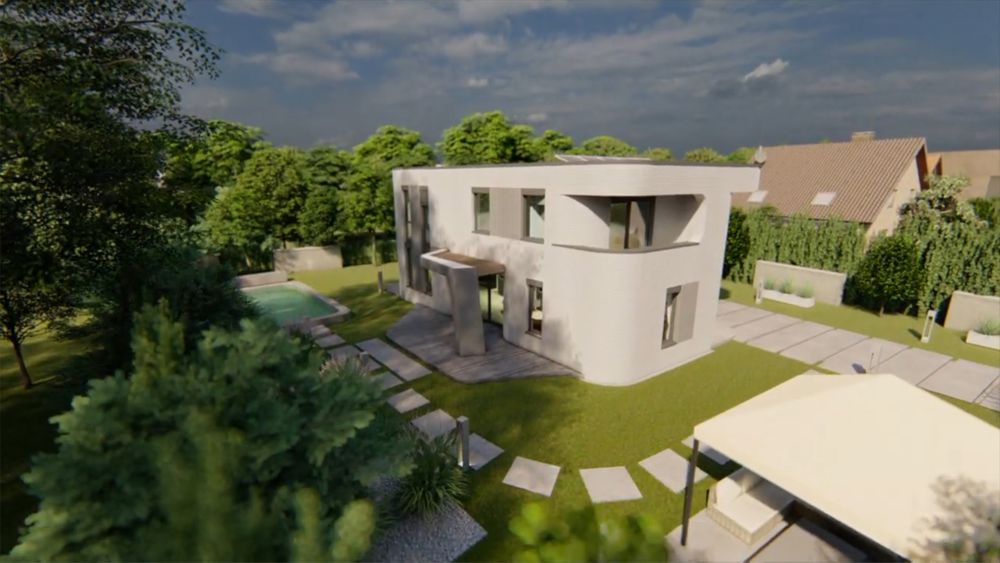