A new barrier system which uses high security bollards capable of being slid in and out of position to control access has been launched after it successfully stopped a 7.2 tonne truck during testing – and even tore its front axle clean off.

Derbyshire-based security products firm Securiscape Ltd has hailed its latest invention, the Glide Bollard, as a “game-changer” for the security industry after it earned the coveted HVM IWA-14 rating that specifies the essential performance for a hostile vehicle mitigation barrier.

The system comprises of a series of moveable steel bollards fitted into a rail that measures just 200mm deep and is embedded into the surface of a road or pathway. 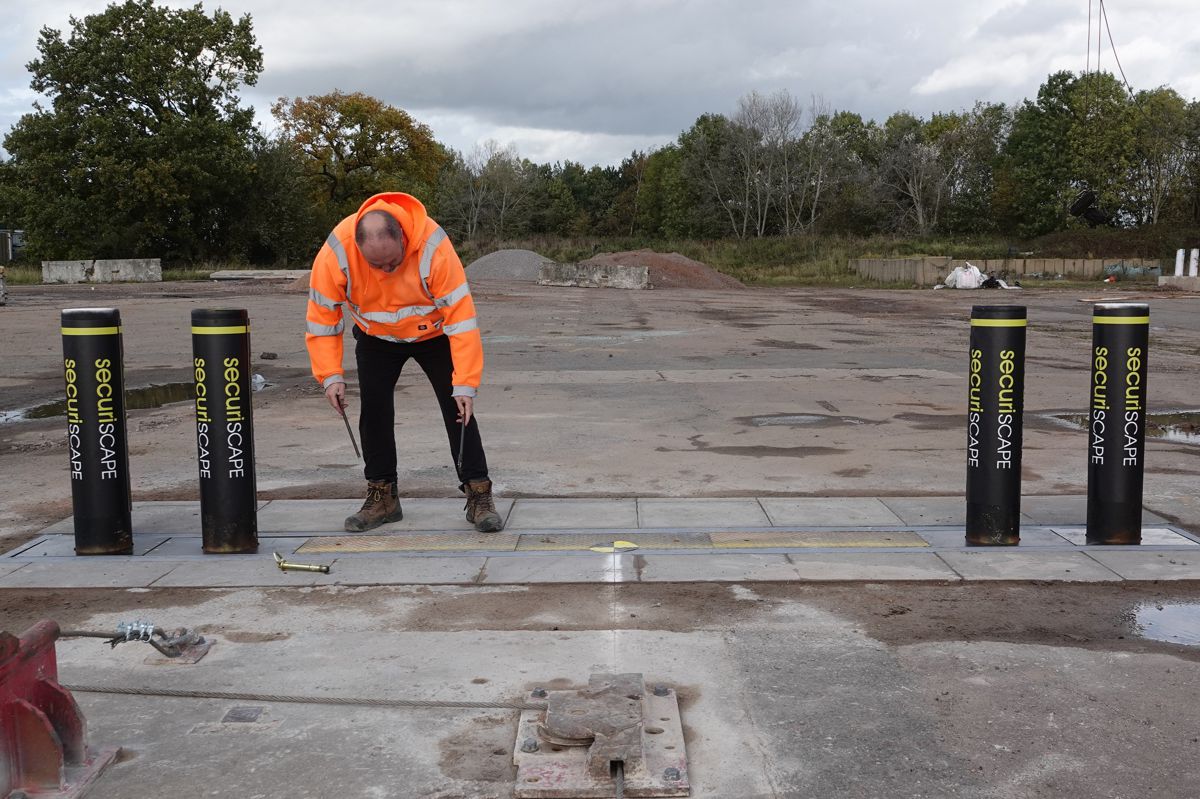 Each bollard – the number of which can be varied dependent on the width of the road – is separated by a 1.2m metal plate, which holds the bollards in position to create an impregnable barrier to vehicles without impeding the progress of pedestrians or cyclists.

However, when a vehicle needs to pass through, the metal covers are removed and as many bollards as are needed in order to create a space wide enough for the vehicle to gain access are simply slid aside.

Once the vehicle has passed through, the bollards are returned to their original positions and the metal plates are locked back in place.

It has taken Securiscape three years to develop the Glide Bollard system in response to an inquiry from a customer looking for a straightforward moveable vehicle barrier that did not prevent pedestrians passing through, while avoiding extensive and costly excavations. 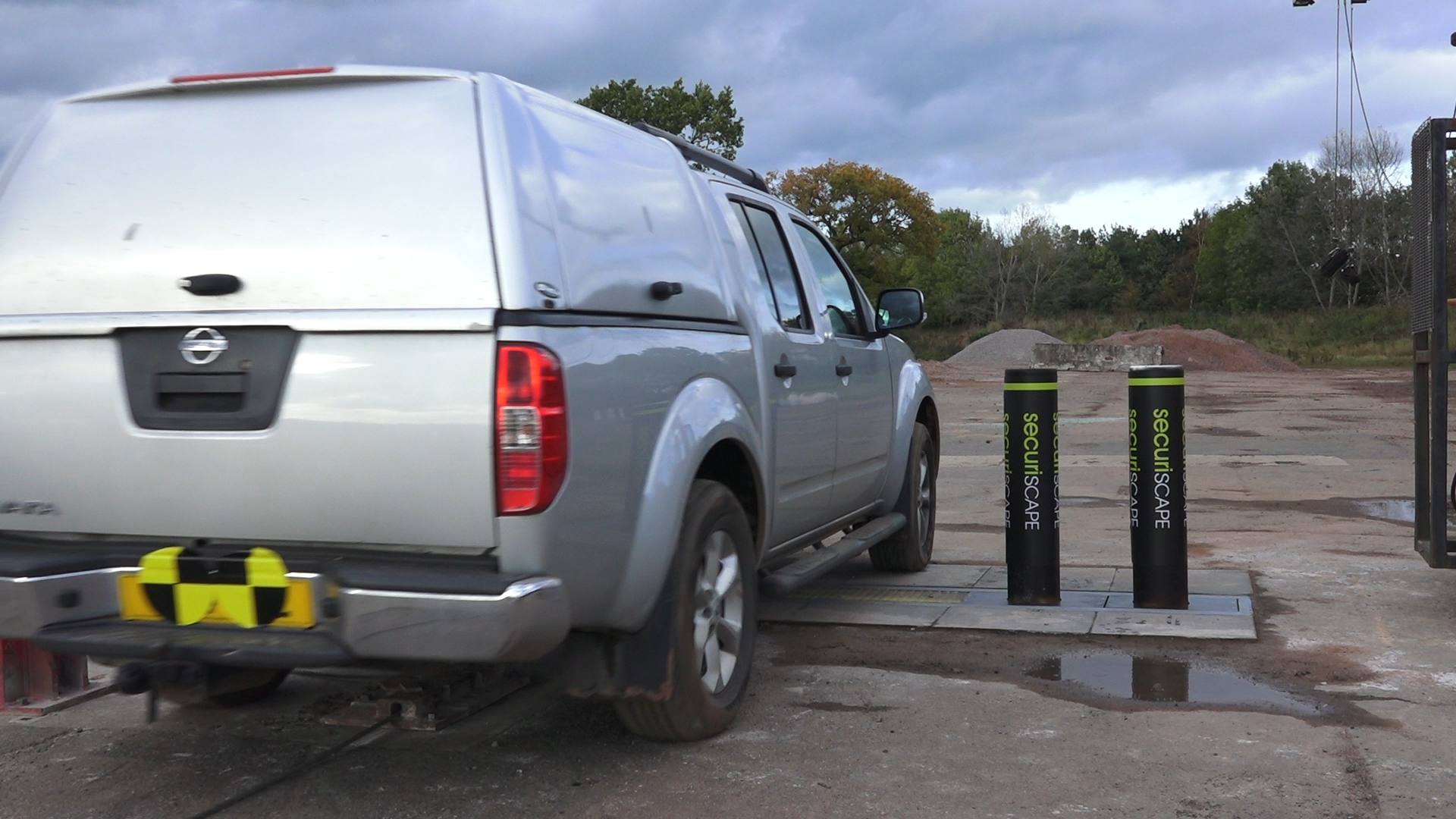 There was nothing suitable on the market and so Securiscape’s managing director, Mark Stone, set about designing a tailor-made and cost-effective solution.

After exploring a number of possible solutions, he took inspiration from the most humble of common household objects – plastic gliders sliding along a curtain rail.

During testing, which took place at the MIRA in Leicestershire, the bollards were moved apart to let a pick-up truck through before being moved back and locked into position and then left to face the 7.2 tonne truck, which was driven at speed directly at them. 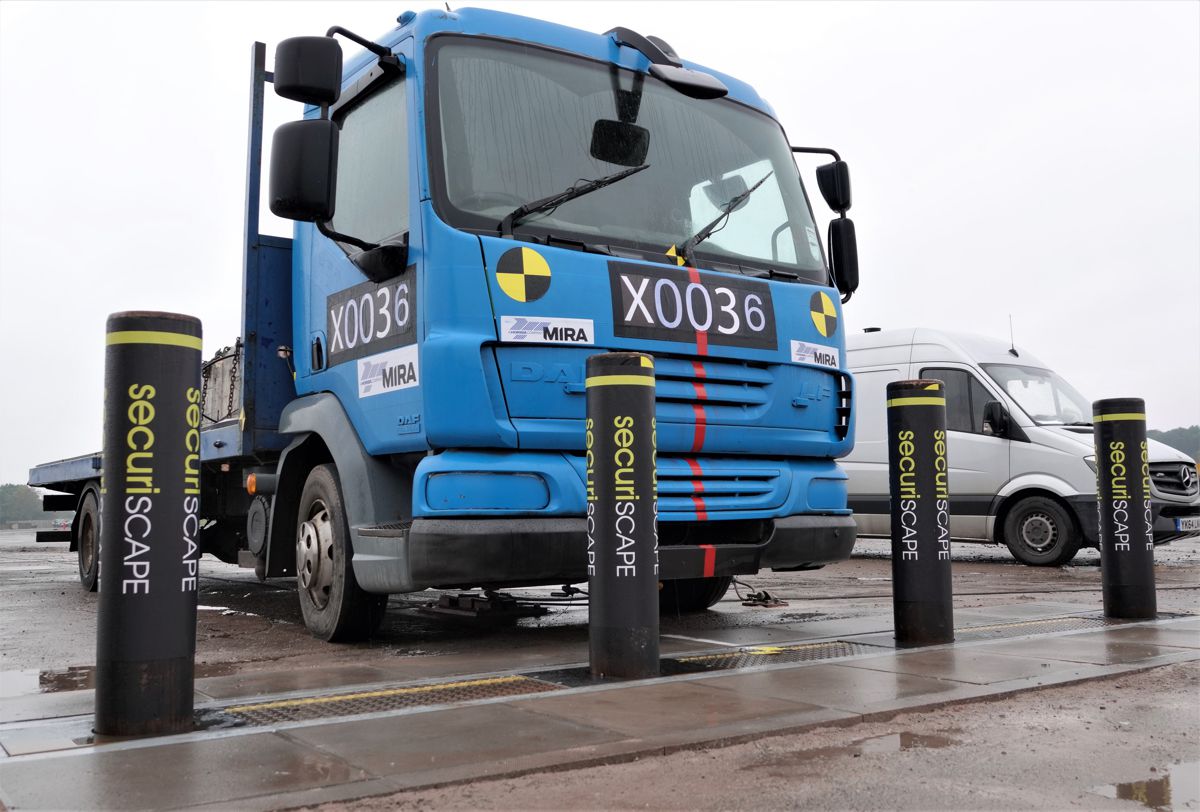 Mr Stone said: “We’ve developed and tested a whole host of brand-new products for the security market but this time the test could not have gone any better. The truck’s axle was ripped off and yet the bollards themselves barely moved, it was phenomenal.

“Being able to achieve that level of performance is one thing, but what is even more impressive is how flexible the system is, both in terms of the way it is so simple and effective when in operation and how its shallow foundations will make it suitable for so many more locations.

“It’s a simple idea in theory but it’s going to be a real game-changer for the industry and we’ve already had plenty of interest from potential customers who want to know more.”

Established 15 years ago, Securiscape has a growing list of IWA-14 and PAS 68-rated street HVM security devices, including reinforced planters, bomb-proof litter bins, its SecuriPod system – a temporary defence which can be installed in minutes to protect pedestrians attending outdoor events. 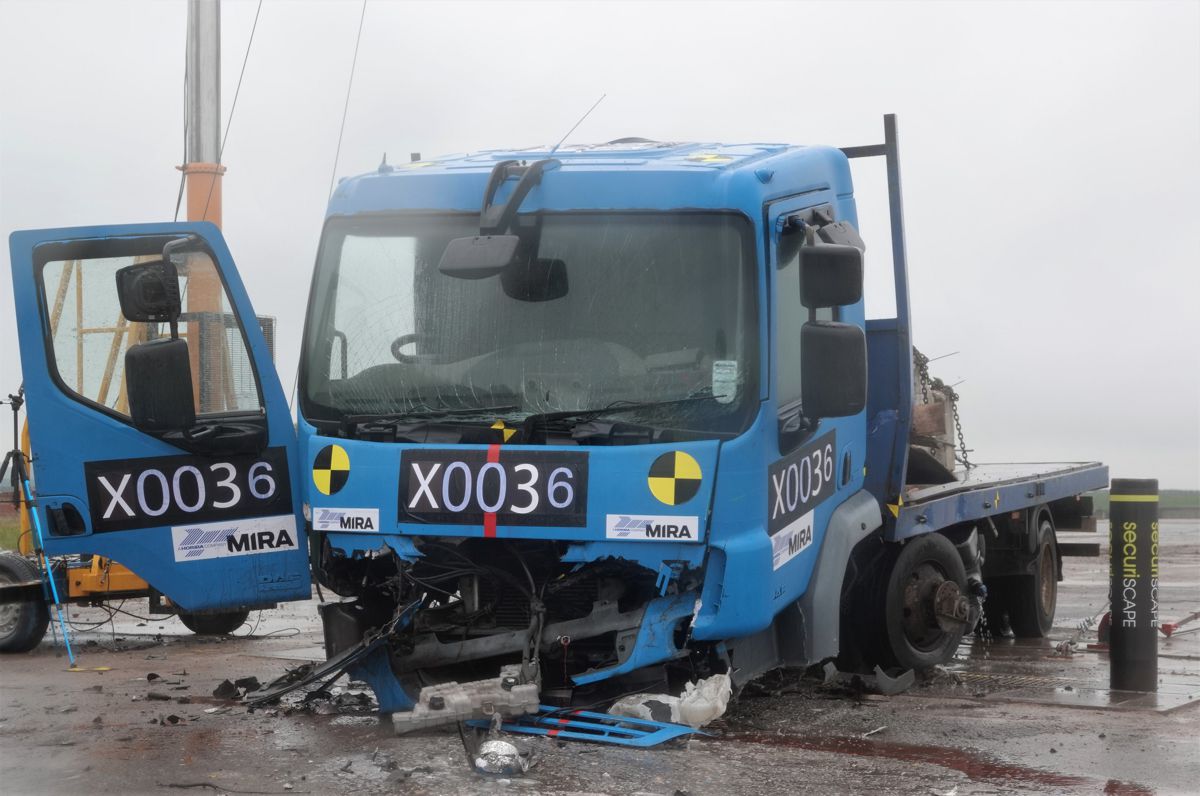 It has also developed an ultra-shallow IWA-14-rated pedestrian guardrail that can stop vehicles from mounting the pavement and can even be installed on a bridge.

Its products have been installed in a host of towns and cities across the UK, including Leeds, Birmingham, Nottingham and London, where they have been used to protect the UK headquarters of two international banks and Brent Borough Council’s civic centre in Wembley.