XL Fleet, a leader in vehicle electrification solutions for commercial and municipal fleets, has announced that the Company’s XLP™ plug-in hybrid electric drive technology is being expanded for use across a range of fleet vehicles from General Motors.

The Company’s newest product offering expands its growing line-up of plug-in hybrid electric drive systems, which can improve fuel economy by increasing miles per gallon by up to 50% and reducing CO² emissions by approximately one-third compared to traditional gas-powered vehicles. It is also the Company’s first plug-in hybrid system to be available for Chevrolet and GMC fleet vehicles, adding to a broad range of XL hybrid systems currently available for GM products.

“Companies and municipalities are focused on electrifying a larger percentage of their fleets, while ensuring they uphold their performance and operational requirements,” said Tod Hynes, Founder and Chief Strategy Officer of XL Fleet. “XL’s ability to electrify a wide range of commercial applications from the world’s leading vehicle manufacturers allows us to immediately serve this market with proven, high performance vehicles that are already designed and specified for the rigorous duty cycles of fleets.”

“By leveraging our experience with over 200 customers and utilizing proprietary data from nearly 140 million customer miles driven, we are uniquely positioned to quickly and efficiently develop solutions for applications with significant demand,” said Dimitri Kazarinoff, Chief Executive Officer of XL Fleet. “The launch of our plug-in hybrid electric upfit technology for the GM family of high-performance fleet vehicles represents an exciting expansion of our work with GM Fleet as well as our growing line of plug-in hybrid electric solutions. This new platform incorporates XL’s second-generation plug-in hybrid electric drive technology, providing higher kilowatt-hours with a more scalable design that can be expanded onto a much broader array of vehicles and applications.”

XL remains on track to complete its previously announced merger agreement with Pivotal Investment Corporation II, a publicly traded special purpose acquisition company, in the fourth quarter of 2020. Upon closing, the combined company will be named XL Fleet Corp. and is expected to remain listed on the New York Stock Exchange under a new ticker symbol, “XL”. 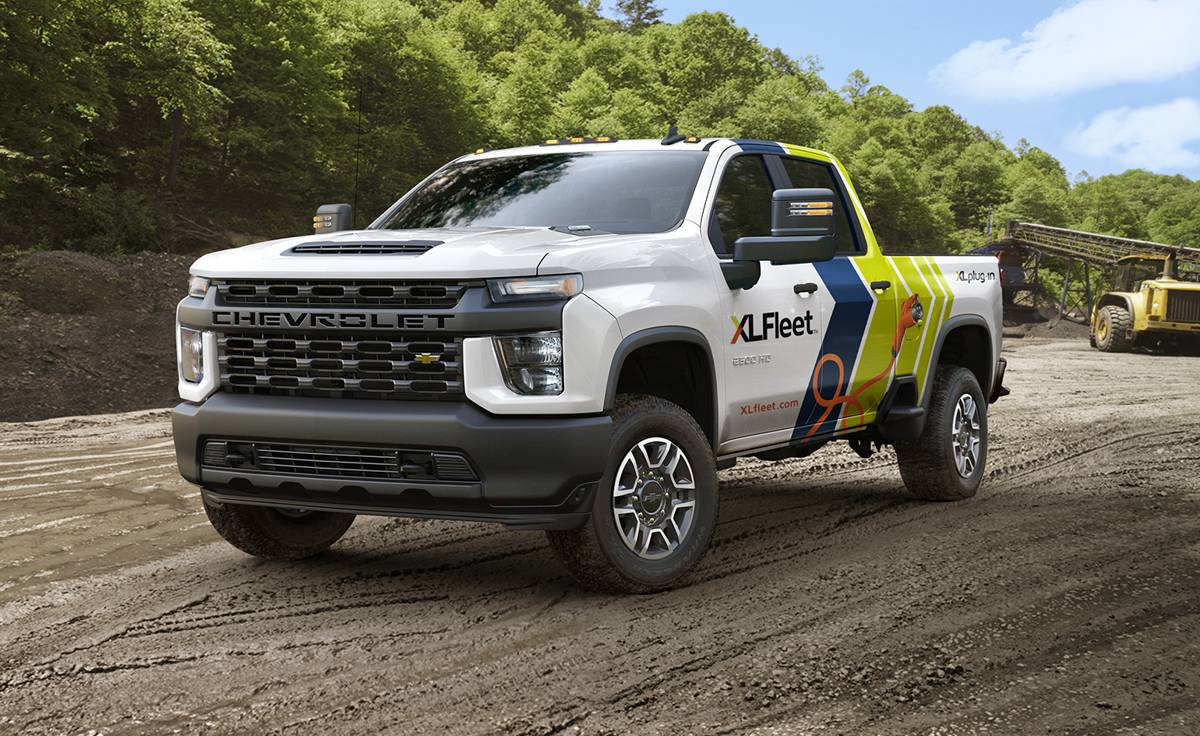