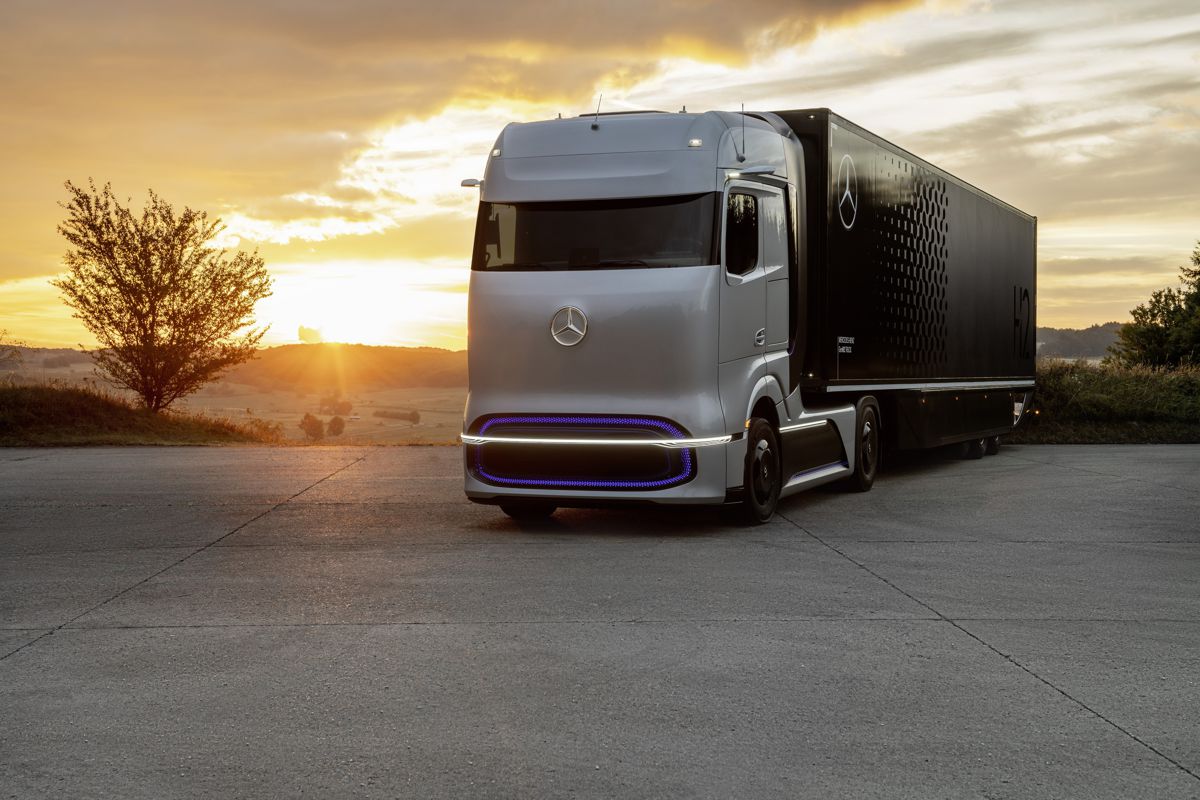 Linde and Daimler Truck have signed an agreement to jointly develop the next generation of liquid-hydrogen refuelling technology for fuel-cell-powered trucks. With their collaboration, the partners aim to make the refuelling process with hydrogen as easy and practical as possible.

Together, the companies will focus on a new process for handling liquid hydrogen (“subcooled” liquid hydrogen, “sLH2 technology”). This innovative approach allows for higher storage density, greater range, faster refuelling and superior energy efficiency. The new process will use higher than ambient pressure levels and special temperature control which avoids so-called boil-off effects and “return gas” (gas from the vehicle’s tank returning to the filling station) during refuelling and will not require complex data communication between the filling station and the truck during refuelling. Overall, the technology thus allows simpler filling-station concepts. The improved energy storage density is due to the higher than ambient pressure level which increases the hydrogen mass in the tank.

The companies plan for the first refuelling of a prototype vehicle at a pilot station in Germany in 2023. Linde and Daimler Truck AG are planning for a high level of transparency and openness around the relevant interfaces of the jointly developed technologies. By enabling as many other companies as possible to develop their own refuelling and vehicle technologies that apply the new liquid-hydrogen standard, a global mass market is to be established for the new process.

Sven Ennerst, Member of the Board of Management of Daimler Truck AG for Development, Procurement and the China Region: “We at Daimler Truck AG are pursuing the vision of the CO2-neutral transportation of the future. The hydrogen-based fuel cell is a key technology of strategic importance in this context. With our collaboration with Linde as an expert in hydrogen refueling technology, we want to increase the viability and acceptance in the industry of fuel-cell trucks on the basis of hydrogen. The new process can further enhance the numerous advantages that liquid hydrogen offers.”

“As a pioneer in hydrogen refuelling technologies, and one of the largest players in the hydrogen market, we are pleased to contribute to the advancement of the hydrogen economy with this important milestone,” said David Burns, Head of Clean Hydrogen, Linde. “Together with Daimler Truck AG, the industry-leader in commercial vehicles, we expect the use of hydrogen-powered, heavy-duty trucks to be a reality in the very near future.” 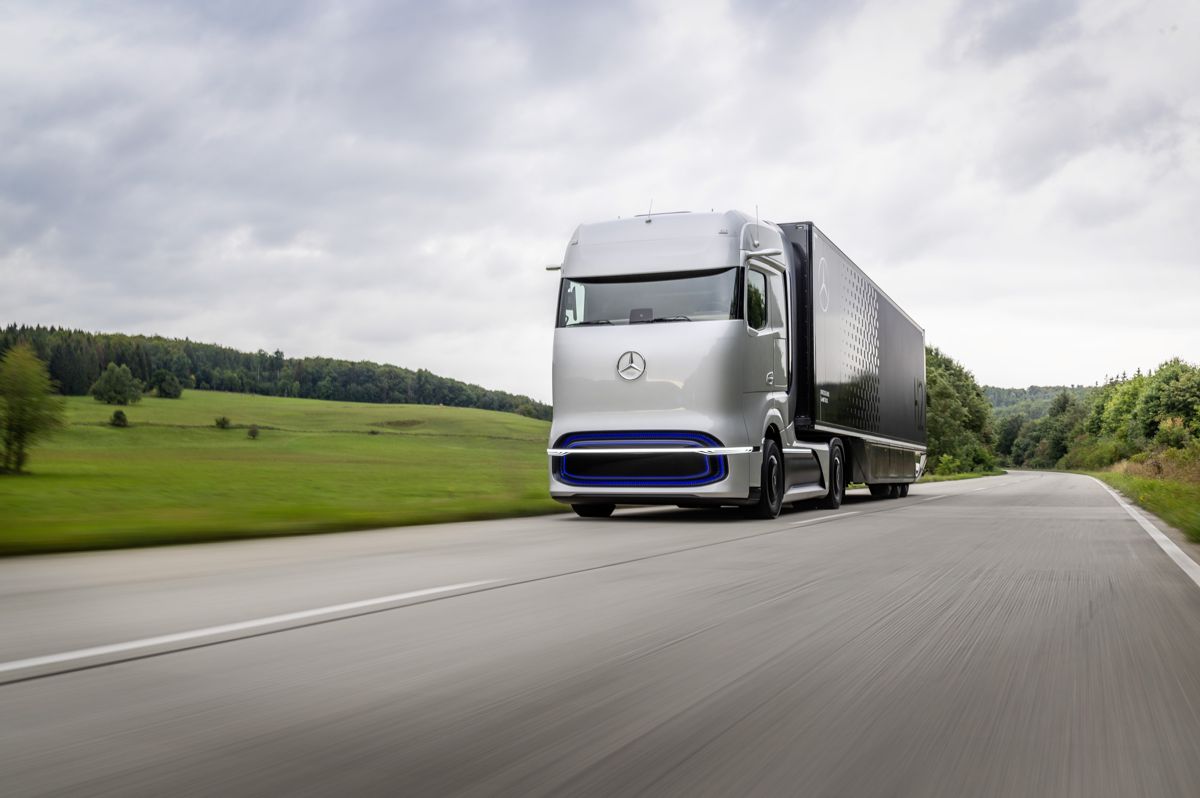 New fuelling process to be implemented in Mercedes-Benz GenH2 Truck

In September 2020, Daimler Truck AG celebrated the world premiere of the fuel-cell concept truck Mercedes-Benz GenH2 Truck. With the GenH2 Truck, the manufacturer demonstrates which specific technologies the company is driving forward at full speed so that heavy-duty fuel-cell trucks can perform flexible and demanding long-distance haulage operations with ranges of up to 1,000 kilometres and more on a single tank of hydrogen.

Daimler Truck AG plans to begin customer trials of the GenH2 Truck in 2023; series production is to start in the second half of the decade. Thanks to the use of liquid instead of gaseous hydrogen with its higher energy density, the vehicle’s series version performance is planned to equal that of a comparable conventional diesel truck. The new fuelling process is to be implemented in the series version of the GenH2 Truck and first to be validated in upcoming prototypes. 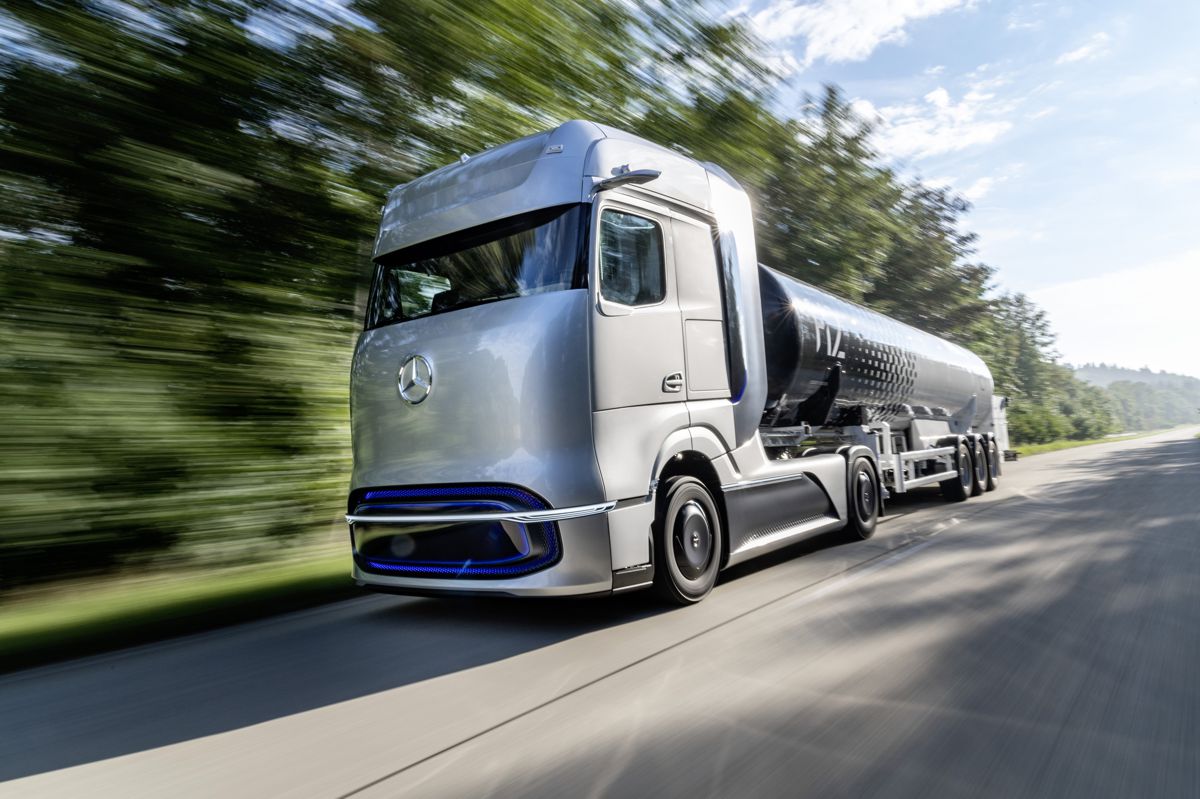 Daimler Truck AG prefers to use liquid hydrogen because in this state, the energy carrier has a far higher energy density in relation to volume than gaseous hydrogen. As a result, the tanks of a fuel-cell truck using liquid hydrogen are much smaller and, due to the lower pressure, significantly lighter. This gives the trucks more cargo space and a higher payload. At the same time, more hydrogen can be carried, which significantly increases the trucks’ range. This makes the series GenH2 Truck, like conventional diesel trucks, suitable for multi-day, difficult-to-plan long-haul transport and where the daily energy throughput is high.

Daimler Truck AG is currently pressing ahead with the development of the necessary tank-system technologies to make liquid hydrogen usable also in mobile applications as an energy source for series-produced fuel-cell trucks. The storage of cryogenic liquid hydrogen at minus 253 degrees Celsius is already common practice in stationary applications, for example in industry or at hydrogen filling stations. This also applies to the transport of liquid hydrogen as cargo.