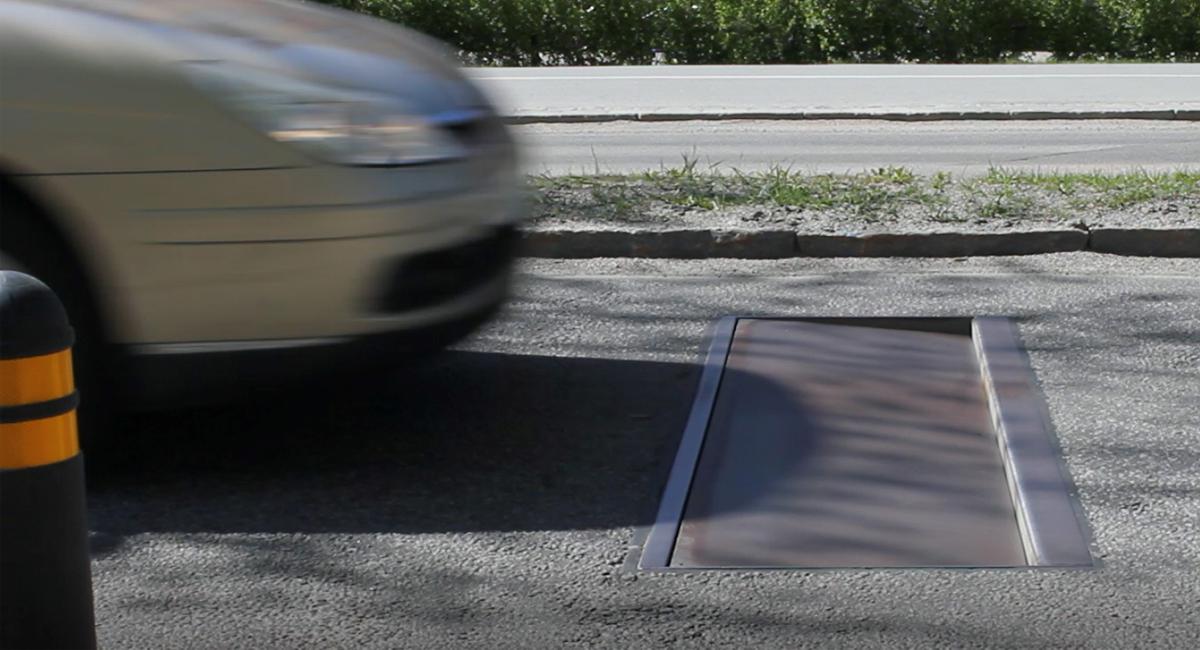 The Swedish capital Stockholm and the suburb Sundbyberg have both recently inaugurated their very first fair speed bumps.

The name of the system is Actibump but it is referred to as both active speed bump and dynamic speed bump. The Actibump system is only activated for those who speed, thus being fair to those who do not, by letting them pass without discomfort.

The system has been installed on three sites in the Stockholm area.

There are more than 4,000 vehicles per day at two of the sites, where there are severe issues with speeding, they were activated in October.

The third site, activated in December, is passed over by 12,000 vehicles per day and accessibility for buses is a priority, while it is also important to make it safe for all the cyclists crossing the road. On this site, in Sundbyberg, the Actibump replaced a traffic light in order to decrease the speed of the motor vehicles.

“The site in Sundbybergs is one of the most important roads and a regional bicycle path crosses the road. We see the dynamic speed bumps as a good solution to raise the traffic safety for all involved”, says Stefan Bergström from the city council.

Within two months of the inauguration of the Actibumps in Stockholm city the number of drivers caught speeding has been cut by almost 60%, on average.

City council politician Daniel Helldén, MP, says: “This is an efficient way to create safe traffic environments and decrease the speed in our city. We have focused on sites near schools where there is also bus traffic. We make sure that the speed limit is kept by installing dynamic speed bumps while it also makes the work environment for the city bus drivers better than if we would have built regular speed bumps.”

The intelligence in the Actibump lies in that it only creates a discomfort for those who speed. If you’re sticking to the speed limit you will pass on a smooth road. “That makes it more fair, if you are doing it right nothing happens”, says David Eskilsson, CEO at Edeva, the manufacturer of the system.

“The price is about the same as for a speed camera or a traffic light”, he adds, so it’s not particularly expensive.

EdevaLive, the software platform that controls the Actibump system and presents the data collected by the system, gives the city an easy way to follow up on the effects of the system.

“They get access to speed and traffic flow related data, in real time and aggregated over the lifespan of the system. Through an add-on the system can also count the number of vehicles and determine the type of vehicle”, says David.