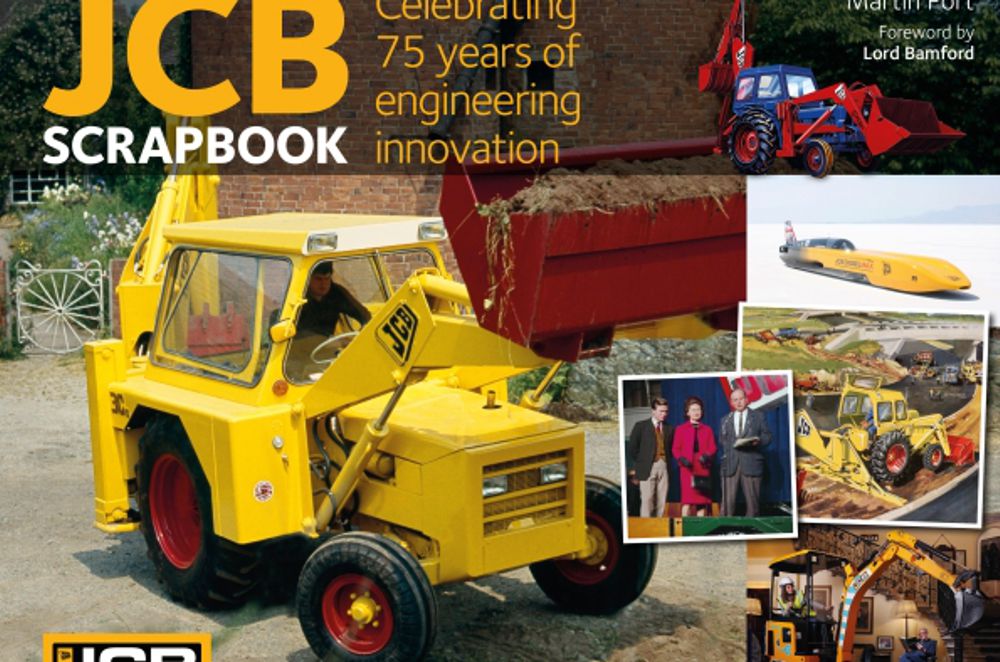 The 144-page JCB Scrapbook has just come off the presses to mark 75 years of engineering innovation. With more than 400 photographs – some published for the first time ever – it promises to be a treat for lovers of JCB and its iconic machinery.

JCB Chairman Lord Bamford said: “This book, I hope, will act as a celebration of the past 75 years: the innovations, the engineering excellence, and the achievements of all those who have made up the wider JCB family from its inception in 1945.”

In October 1945, Joseph Cyril Bamford started the company that would come to revolutionise the construction and agriculture industries.

JCB would create the world’s first backhoe loader – a concept around which it still continues to evolve and innovate – and while the model has provided the backbone of the company, the product range quickly expanded and moved into new areas.

From those modest beginnings, the past 75 years have seen JCB grow into a market leader with more than 300 different types of machine now being manufactured across four continents, but the original ethos of a family-driven company producing dependable products remains to the fore – now proudly led by Lord Anthony Bamford.

Published by Porter Press International and priced at £20, the book is an unabashed celebration of one of Great Britain’s greatest engineering names and the remarkable machines that can be seen in action all over the world. From the first trailer, produced from post-war scrap metal in 1945 to the latest award-winning electric mini-digger – the story of JCB is told through a remarkable collection of images from the company’s own archives.

The author, Martin Port has worked as a graphic designer, writer and photographer since graduating from art college in 1993. He was the art editor and contributing journalist to Classic & Sports Car for 16 years and released Mini Scrapbook – 60 years of a British icon in 2019. In 2020 he released JUE 477 a book charting the history and restoration of the world’s first production Land-Rover for which he was researcher, author, photographer and designer – published to critical acclaim from the motoring press.

He has owned and run classic cars for nearly 30 years, from Morris Minors to a Porsche 912 and a handful of Series Land-Rovers and although he has never owned a digger, his father made sure that he knew the inner workings of most agricultural and construction machinery and is therefore no stranger to a JCB.