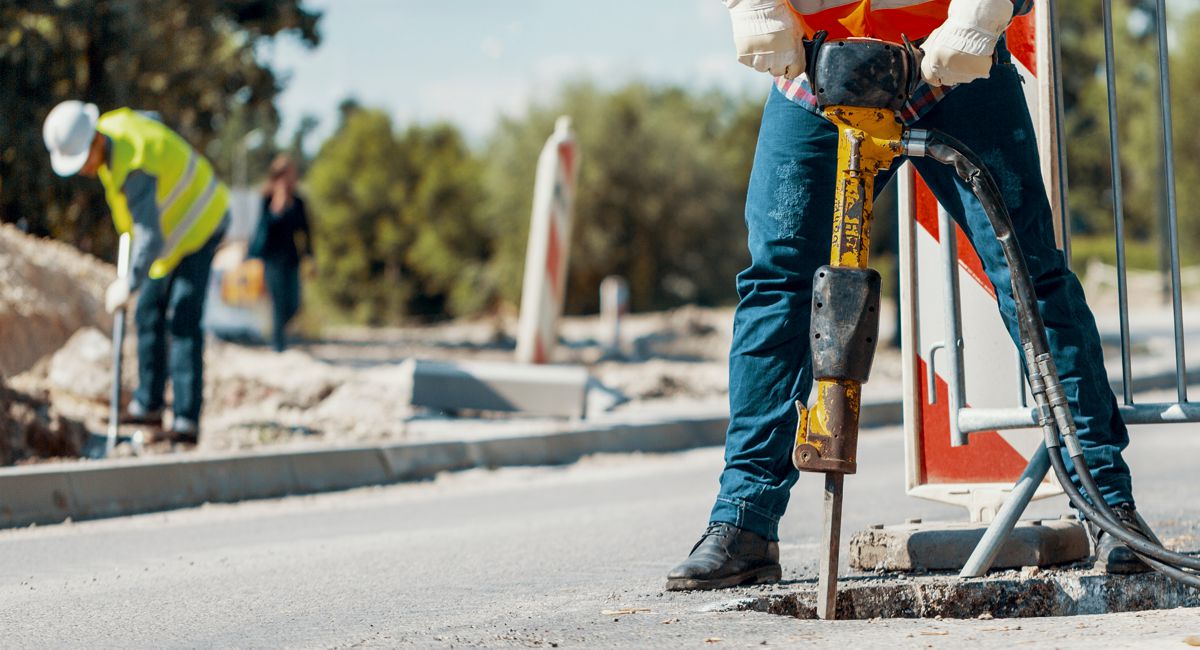 The Highway Authorities and Utilities Committee HAUC(UK) has launched a new app to facilitate safety and improve productivity across the UK road and streetworks industry.

As well as being part of a broader plan to make street works more efficient, the app boasts an interactive checklist for working onsite, as well as a simple, searchable copy of the Red Book. The Red Book consists of statutory requirements for signing, lighting, and guarding at street and road works.

Widespread use of the app will help avoid damage to underground assets. The UK energy network includes thousands of miles of underground gas pipes and power cables. Cable strikes, as they’re known in the industry, are a common hazard, especially in street works where buried services tend to cluster along the route. The failure to check for underground services leads to accidental asset strikes, which in turn causes project delays, cost overruns, disruption to traffic and local economies, and even potentially life-threatening injuries.

It has been widely estimated that more than four million excavations take place across Great Britain each year. Worryingly, the incidence of cable strikes appears to be on the rise. Data published by the Energy Networks Association (ENA) reveals that incidents increased by 46% since the first national lockdown in March 2020. Between July and September 2020, there were 475 reports of cable damage on worksites compared with 395 for the same period last year.

In fact, we’ve seen a 700% increase in ‘safety related incidents’ caused by underground cable, joint or link box damage reported to the Health and Safety Executive over the last six years. Moreover, an average of 70 people a year are seriously injured as a result of contact with underground electricity cables, with nearly half of all cases being reported on public highways, construction sites and industrial buildings.

A survey conducted on behalf of ENA indicates that the main cause of cable strikes is both a lack of understanding of the risks and inadequate knowledge of correct procedure by those working on site. Even though construction workers are one of the most at-risk groups – 31% of them fail to check for cables before beginning work. The main reasons cited are (1) 15% of tradespeople don’t believe it’s their responsibility (2) 24% don’t think they’ll dig deep enough to hit anything.

The Utility Strike Avoidance Group (USAG) has also found that there’s a strong correlation between the severity of an asset strike and the nature of the work carried out. Projects which are classed as ‘emergency’ are twice as likely to have medium or severe incidents than those with planned works. A recent report by LinesearchbeforeUdig (LSBUD) has brought to light the true cost of asset strikes. For every £1,000 of direct repair cost arising from a utility strike, the true cost is £29,000. In the typical case of fibre optic strikes, the true cost, including societal damage, has been calculated at £81,000 per strike.

What’s apparent is that the country’s underground pipes and cables have never been more visible, with a significant number of asset owners now registered on LSBUD. What’s more, there’s an array of educational programmes available. Yet, critical utility infrastructure is at constant risk of being accidentally damaged. The good news is that of the four million excavation projects taking place each year – 62% of work is preceded by a thorough search for underground assets, according to research by LSBUD.

Still, we need to see increased awareness around the subject of asset strikes. Accidental strikes on the myriad of underground pipes and cables in the UK costs the economy £1.2 billion a year. The impact on road users and wider society is considerably high. However, the sheer scale of construction work taking place means that there are still high levels of incidents and this problem is growing fast. With better education and support, these issues can be addressed and ultimately, lives can be saved.

The new app from HAUC(UK), which is available free of charge, will help deliver the best possible support to the industry, continuously improving the tools we provide to people carrying out works on the highway. Once the app is downloaded onto a laptop or a smartphone it will work offline and updates as soon as it has a signal or a connection to WiFi. It means all operatives, supervisors and planners will have access to the latest safety guidance ‘in their pocket’. What’s more, interactive checklists are accessible day and night, important when alerts about COVID-19 are being regularly issued.