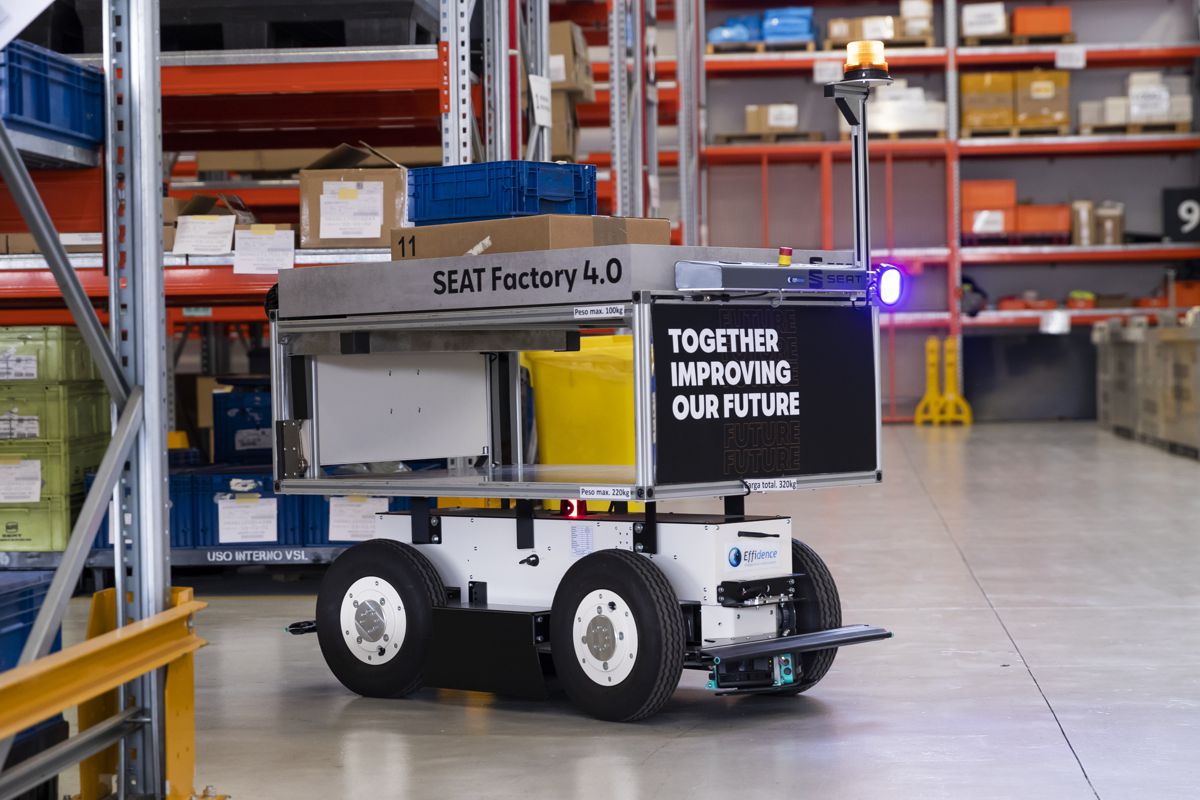 Autonomous mobile EffiBOTs rolled out at SEAT factory in Barcelona

Autonomous mobile EffiBOTs rolled out at SEAT factory in Barcelona

Significantly reducing the amount of walking required to perform their jobs, the robotic workforce helps with tasks such as transporting components around the huge 2.8 million square meter facility.

SEAT continues to work on the development and application of digital tools and solutions to ensure the factory becomes a smarter, more digitised and connected facility, with the first two EffiBOT autonomous, collaborative mobile robots a major stepping stone for the brand’s future.

By introducing the robots, the brand will adapt its production processes, and manage resources and communication between the different areas of the facility more efficiently.

Vice-President for Production and Logistics for SEAT, Herbert Steiner stated: “Autonomous mobile robots place us at the forefront of innovation in the automotive sector. They’re also a clear example of how robots can collaborate with employees to make their work easier. Their incorporation contributes to driving Industry 4.0 and making us more efficient, flexible, agile and competitive.” 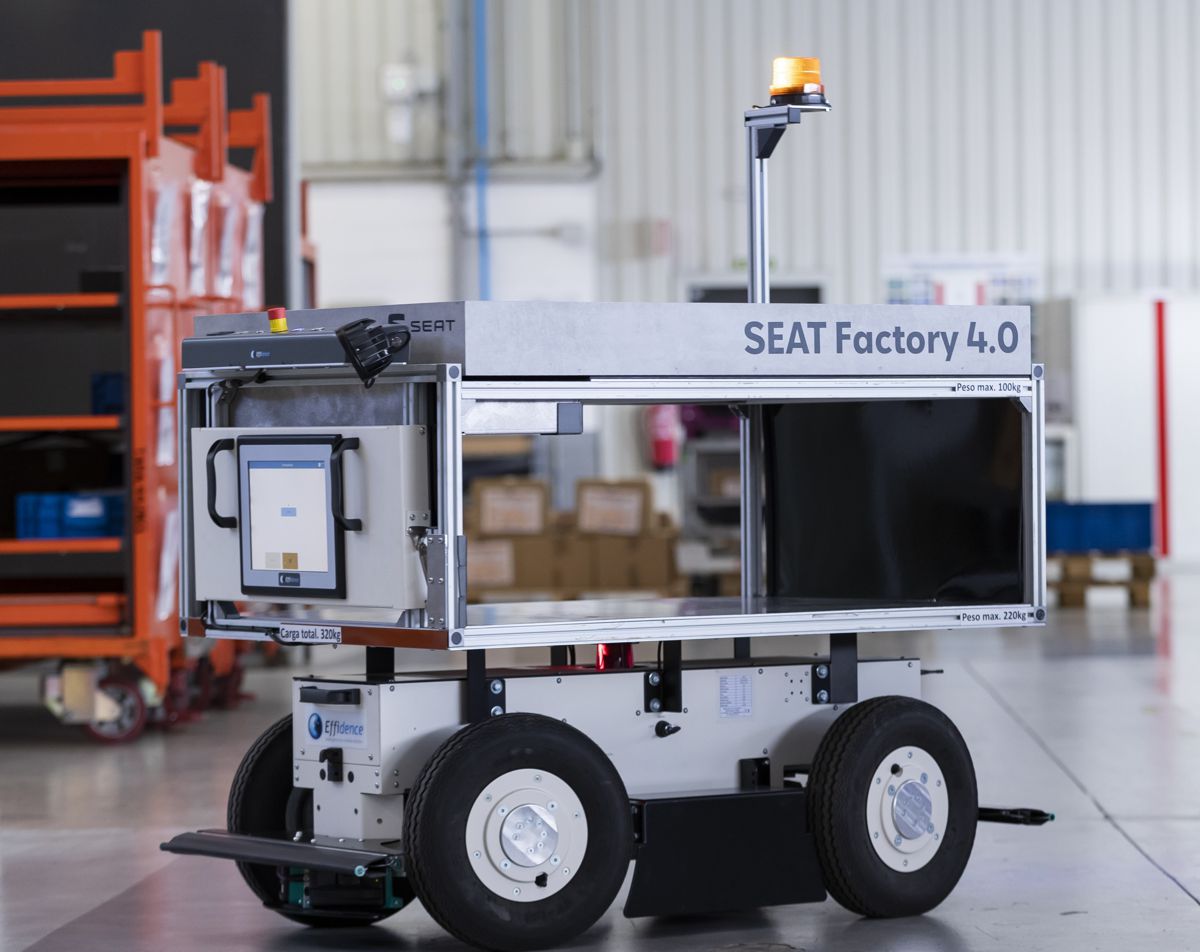 The EffiBOT is a robot developed by French company Effidence, with which SEAT has collaborated to adapt its operations at the Martorell plant. Processing constant 360-degree readings, the robot can follow the person who tapped its touchscreen as they move around the factory and are able to navigate around people or objects in their way.

Among other tasks, the EffiBOT removes the burden of carrying heavy loads from workers, as it can transport all kinds of materials needed for car assembly, carrying up to 250 kilos and pulling as much as 500 kilos.

The company has introduced two EffiBOTs in an experimental phase and could expand the number of these robots in the future. Unlike automated guided vehicles (AGVs), which require a track to function properly, autonomous mobile robots (AMR) such as EffiBOT can recognise their surroundings to map their route to a defined destination and avoid obstacles along the way. 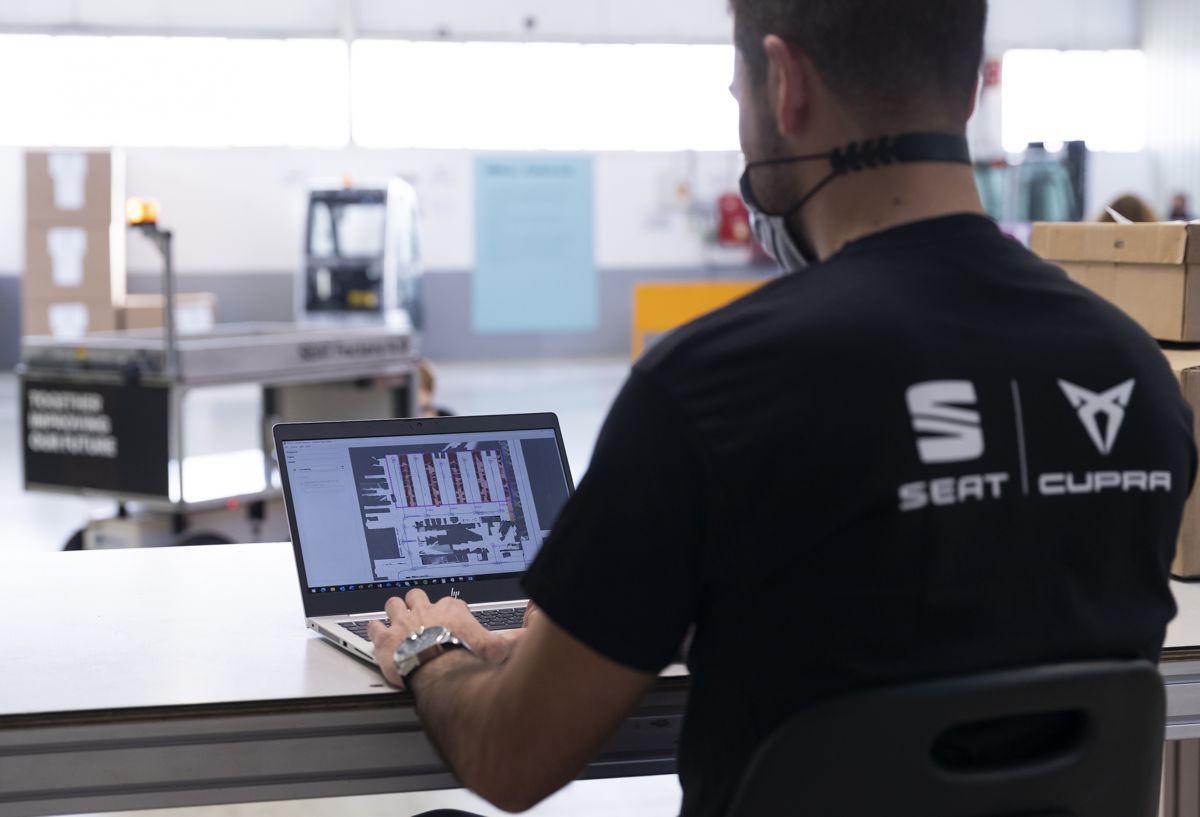 A benchmark for Industry 4.0

In addition to the EffiBOTs, and as an example of the transformation to turn Martorell into a smart factory, the plant currently has around 20 collaborative robots in the assembly areas, including the “cobots” that are responsible for applying the lettering to the Ibiza and Arona models.

In recent years, SEAT has implemented technological innovations throughout its entire production cycle, such as EffiBOTs, collaborative robots, AGVs in indoor and outdoor areas and drones for logistics transport.

These steps, combined with more efficient data management – thanks to the use of artificial intelligence, big data and blockchain – enable more efficient, flexible and agile processes.