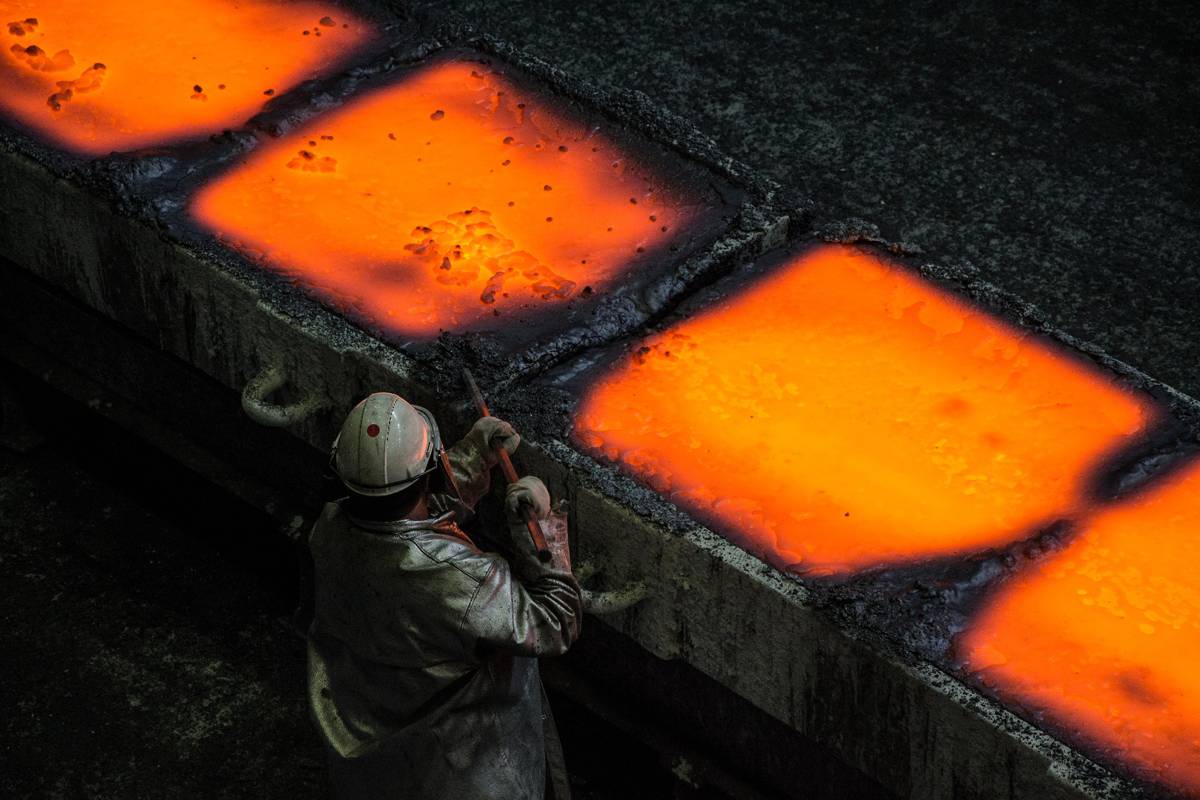 The world’s first test of a 30% natural gas/hydrogen blend in the forging processes used in industrial steelmaking was held in Rho (province of Milan), at the Forgiatura A. Vienna plant.

The trial involved the use of the hydrogen/gas mix to heat the furnaces of the Forgiatura A. Vienna plant and was successfully carried out on site after a series of studies and laboratory tests lasting about a year.

The companies involved in the initiative were: Snam, one of the world’s leading energy infrastructure companies and developer and promoter of the project; RINA, a multinational inspection, certification and engineering consultancy, which handled the engineering analyses and laboratory phase; and GIVA Group, a global leader in steelmaking, which made Forgiatura Vienna available for the field test. The blend of methane and hydrogen was supplied by Sapio, an Italian company specialising in the production and marketing of industrial and medical gases.

Marco Alverà CEO of Snam commented: “In the medium to long term, hydrogen is in a position to become the solution for decarbonising steelmaking as well as all hard-to-abate industrial sectors that have a fundamental role in our economy. This trial is a preparatory step to the gradual introduction of zero-emission hydrogen, initially blended with natural gas and then in pure form, in certain steelmaking production processes. Snam intends to make its infrastructure, research and expertise available to contribute to the creation of a national hydrogen supply chain and to the achievement of domestic and European climate targets.”

Ugo Salerno, Chairman and CEO of Rina added: “This test is the concrete proof that Italy’s hydrogen production chain can significantly contribute to decarbonising complex and energy-intensive industries such as steelmaking. At Rina we are proud to play an active role in the ongoing energy transition, more specifically in such events where we can share our energy and industrial know-how.”

Jacopo Longhi Vienna, from the Giva Group said: “Hydrogen can be a great ally to our Group. On one side, increasingly stringent measures on CO2 emissions coupled with our willingness to reduce the environmental impact from our production processes, move us towards finding a solution. On the other, the use of hydrogen could create a driving market for valves and actuators produced by Group’s subsidiaries. This project only marks the beginning of a path we will be involved in for years to come.”

The use of the hydrogen and natural gas blend did not require any plant modifications and had no impact either on the equipment used (industrial burners) or on the characteristics of the final heat-treated product.

The project’s potential in terms of environmental sustainability and economic competitiveness is significant. It is estimated that the permanent use of a 30% green hydrogen blend, fuelled by renewables, on the total gas consumed by the three GIVA Group’s steel forging plants for its industrial processes would lead to a significant reduction in CO² emissions in the order of 15,000 tonnes per year, equivalent to 7,500 cars. It would consequently result into CO² emissions savings amounting to approx. 800,000 euros per year (calculated on the current purchase of certificates) while ensuring the value and integrity of the steel forging manufacturing process and its long-term environmental sustainability.

Steel is also the material through which pipelines are made; these pipes will play a fundamental role in transporting hydrogen whereby supplying final customers.

The use of hydrogen in hard-to-abate industrial applications such as steelmaking will play a key role in achieving domestic and EU climate neutrality targets by 2050. Looking ahead, green hydrogen is the ideal solution for CO² free steelmaking and processing.

Snam is committed to having its infrastructure hydrogen-ready for transporting increasing amounts of hydrogen and to promoting its use in high-potential industrial sectors, including the iron and steel industry.