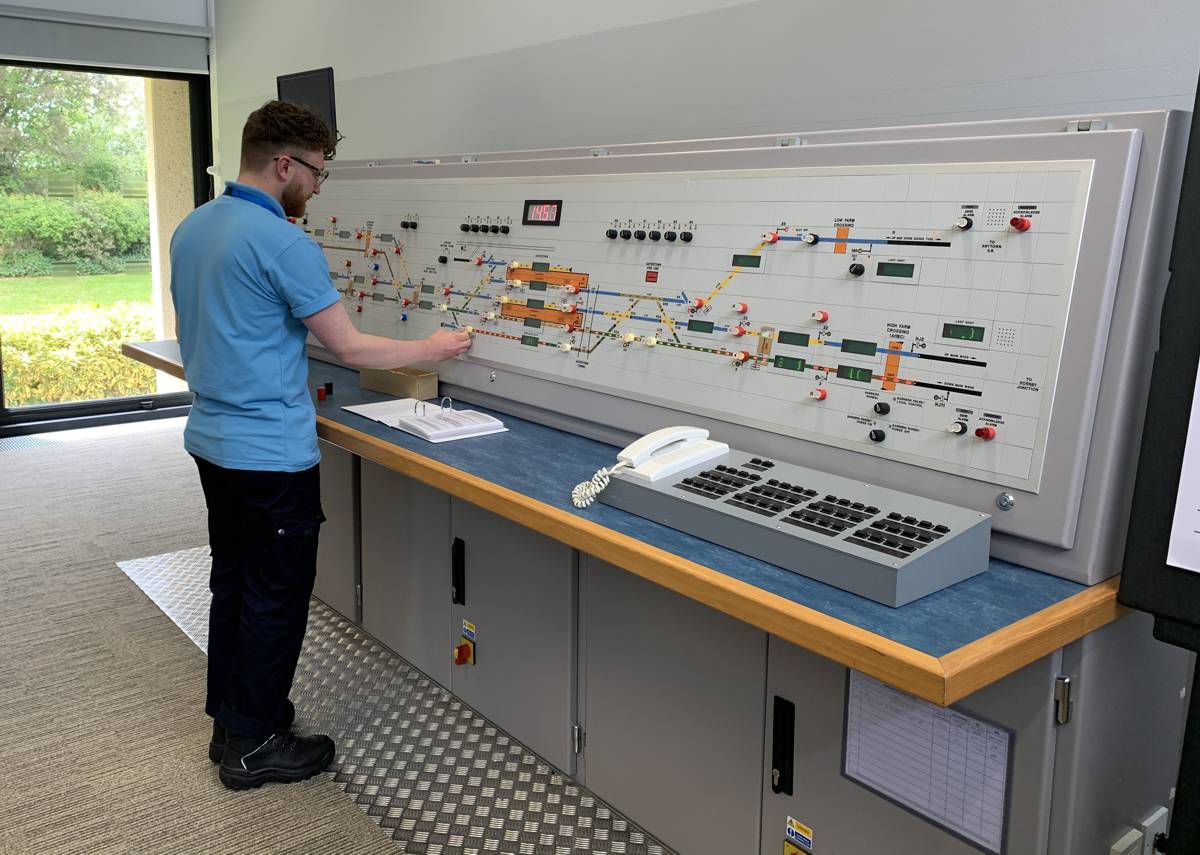 Signalling apprentice, Thomas Briggs, based at Saxmundham in Suffolk, has become Network Rail’s 3000th apprentice since the apprenticeship levy launched in April 2017.

The levy was introduced by the government to fund new apprenticeships, creating opportunities for school leavers like Thomas and helping to develop the existing workforce.

This month (June), Thomas started as part of a pilot for the brand-new Level 2 Rail Infrastructure Operator apprenticeship where he will learn all he needs to become a signaller and succeed in a career in operations. Signallers operate the points and signals from a signal box to control the safe movement of trains across the rail network.

Since the inception of the levy, Network Rail’s annual apprenticeship intake has grown threefold, with over 800 apprentices starting across nearly 50 different apprenticeships, from data analyst to civil engineer.

Thomas, said: “I’m privileged to be part of this new scheme. Knowing there are thousands of apprentices before me leading the way gives me real confidence. This apprenticeship has given me an alternative to university and the associated debt, so I’m very grateful for the levy and how it’s helping people like me join the railway. The average age of a signaller is 45, so I’m excited to see what opportunities arise in the future and how I can help the railway recover from the pandemic.

“My mum works on the railway as a stations operations specialist and she’s been a big influence on my decision to join Network Rail. She’s always spoken so highly of the organisation and the way they take care of you. My sister and brother-in-law also worked for Network Rail so we’re fast becoming a new railway family.”

Ellie Burrows, Network Rail’s route director for Anglia, said: “Signallers are vital to the safe and reliable running of passenger and freight services across the network. This new apprenticeship will help to build resilience and help us to meet demand for signallers in the Anglia region.

“Our engineering apprenticeship has proven to be really successful and I hope this new apprenticeship focussing on the operation of the railway inspires even more people to consider a career in the industry.”

0 0 0
Previous : Toshiba led consortium to demonstrate the future of EV charging with DCC
Next : Unite manhole covers prove their metal on M27 project