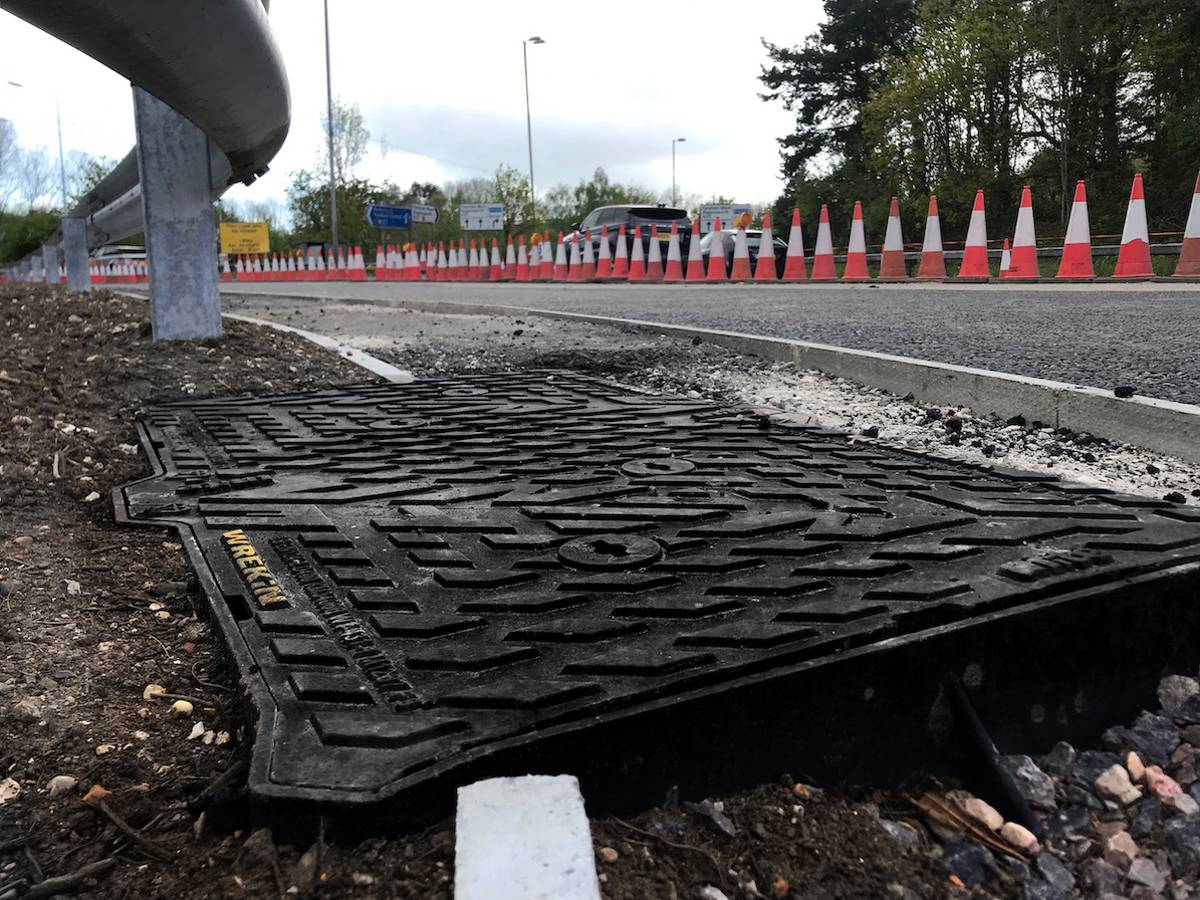 LEADING ironwork designer and manufacturer Wrekin Products has completed an intensive consultation process to secure the opportunity to supply its specialist Unite range to Hampshire’s most significant infrastructure project in recent history.

Peak-time traffic on the M27 – a critical strategic corridor in south Hampshire – would formerly create queues and congestion at Junction 9, which often extended to the motorway. The existing carriageway will be widened as part of a £23m project jointly funded by Hampshire County Council and Highways England to improve traffic flow and reduce journey times in the area.

Wrekin will provide its specialist Unite manhole covers and ironwork installation system – which, when used together, come with a ten-year guarantee – to the project, helping to minimise the need for maintenance and replacement.

Wrekin’s technical team worked in partnership with contractor SKANSKA and sub-contractor MJ Church – one of the largest civil engineering, earthworks and waste management contractors in the south west of England – to specify the correct ironwork for the project, offering technical advice and adapting the specification of the product to ensure it would provide the optimum solution.

Jon Speck, Business Development Manager for the North, Central and East at Wrekin, said: “We were contacted at the tender stage of the project to provide costings for our TriStar D400 access cover range. However, once the tender had been won and we delved further into the contractor’s requirements, we quickly realised that this range was not the most suitable for the scheme.

“Rather than just supply what was put on paper, we committed to a site visit and worked closely with MJ Church to provide the best solution for the project, road type and road use. Due to the intensity of traffic along the junction, it was demonstrated that our heavy duty Unite ironwork covers would be the best solution.” 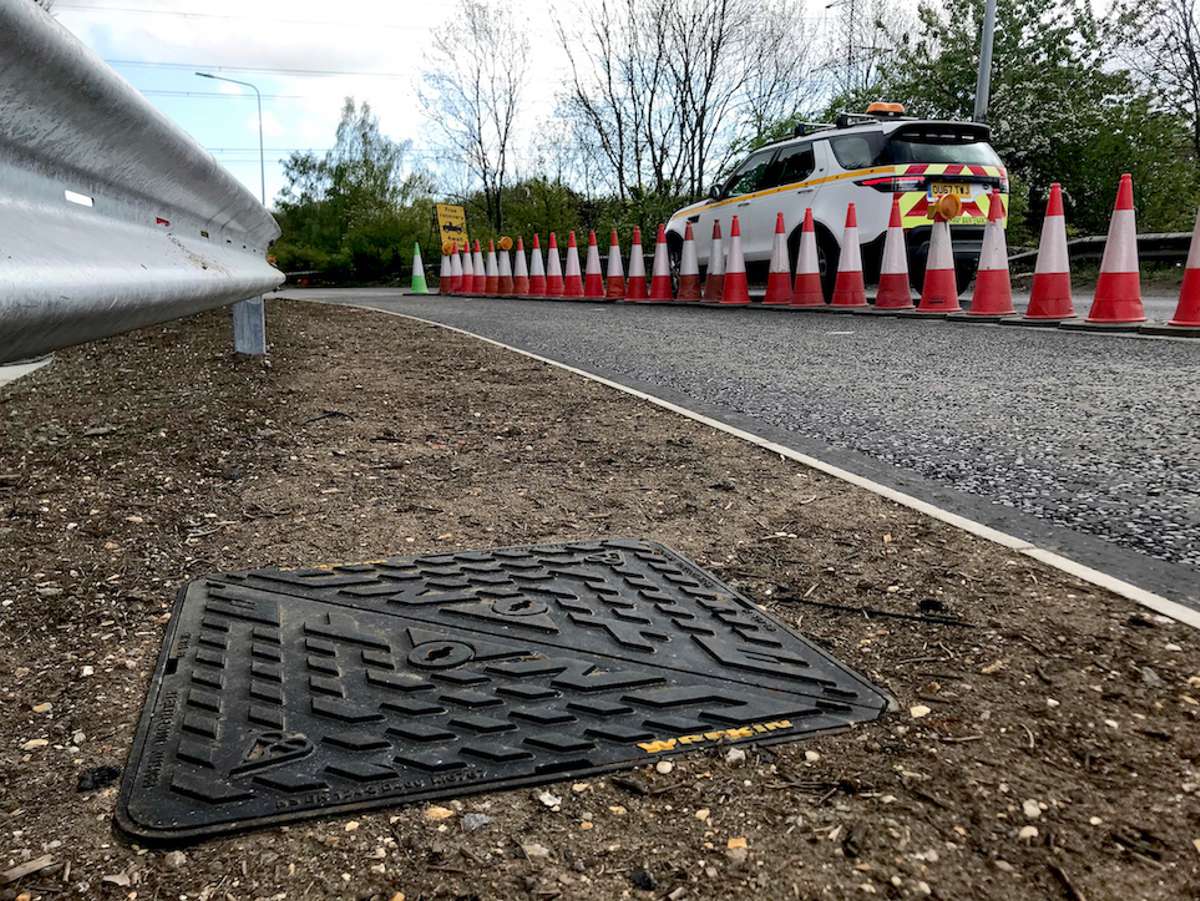 Unite is engineered by Wrekin for a long life and assured performance. It has been in service on highways across the UK for more than 15 years, with zero reported failures on 500,000 installations. This means the Unite range provides whole life cost savings due to its robustness, as the need to replace broken ironwork is removed. The product now comes with a ten-year guarantee, which provides security and peace of mind to contractors, local authorities and utilities companies.

Jon said: “For the M27, we were dedicated to finding the right solution for the client and supporting the legacy of the project, particularly as it is such a vital scheme to the region and local authority – as well as reducing congestion, the project will unlock economic development.

“We are delighted our Unite range has been specified and will be utilised along Junction 9 of the M27, ensuring a positive reputation and performance for Hampshire County Council for decades to come. Our guarantee means that once the project completes, the council will not have to worry about its ironwork along the route for at least the next ten years.

“Like many authorities, the council invests heavily in maintaining our highway network. Over recent years, we’ve certainly seen an increase in the failure of manhole covers. Often, outdated specifications can lead to incorrect estimates and spend on products, which can cost the budget holder more in the long run through replacements.

“When investing millions of pounds in surfacing the highway network, particularly along such a busy and economically-important route, it is vital that all elements of the infrastructure – ironwork included – are robust, safe and require minimal maintenance.

“89% of ironwork failures suffer foundation issues and in 44% of cases, the foundation problems are the sole cause of the malfunction. Unite has patented features that minimise the bedding pressure, which allows local authorities to simply fit and forget – saving them a lot of time and money over the years by not having to dig up the roads for repairs and replacements due to failing ironwork.

“Our mission is to take industry and client issues and tackle them innovatively, producing products that solve problems, improve standards and lead the industry in product life. We’re incredibly proud of our Unite series and how its pioneering design, which was a decade in the making, has been backed by its fantastic performance.”

As part of the county council’s multi-million-pound scheme, the existing carriageway will be widened to provide an additional lane on both motorway off-slip roads, the westbound on-slip road, and the Whiteley Way approach. A shared-use path for pedestrians and cyclists will also be provided on the western side of Whiteley Way between M27 junction nine and Parkway South roundabout. Works are due to complete in summer 2022.

Aidan Boyle, project manager at MJ Church, said: “Material specification and the subsequent approval of the correct product has been a key point of engineering for Hampshire on this project. From our work together with Wrekin, the client was involved from the beginning and had the Unite product benefits demonstrated prior to any acceptance. The exceptional technical knowledge provided along with the personal support given by Wrekin to the project team has ensured the client and road user have the right product on a safer road network.”

Unite exceeds BS EN 124-2:2015 and CD 534 (which replaces H104/09) requirements to give the longest life, and therefore lowest life cost, of any D400 access cover on the market. Designed and manufactured by Wrekin, which has its head office in Lichfield, Staffordshire, Unite is full of patented design features.